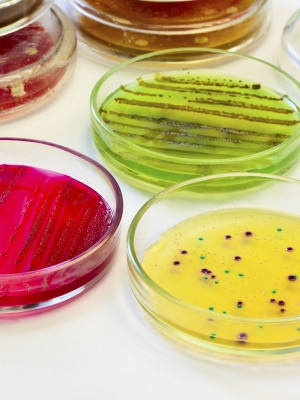 Infection control is getting a lot of attention these days, with images of health workers in biohazard suits from New York to Dallas hitting the front page over and over again in the past few weeks. Well before the current Ebola outbreak, the healthcare system in the United States has had a big problem with preventable transmission of infectious pathogens. A new study suggests that the mobile devices increasingly found in the white coats of physicians, nurses, PA’s, and trainees across the country may be making the problem worse.

Researchers at Northeastern University in Boston tested the iPads of thirty faculty members, 16 from inpatient clinicians and 14 from outpatient clinicians for a variety of pathogens1. They found that 64% of inpatient-use devices and 38% of outpatient-use devices were contaminated with MRSA. They were also able to isolate VRE and pseudomonas from three devices, or 10% of the tested devices.

And in a survey of cleaning practices, they found that roughly half of clinicians cleaned their devices at all, and most used only a cloth and/or alcohol wipe.

As clinicians increasingly utilize these devices, we need to be more vigilant about using appropriate infection control practices for the safety of the patients we come in contact with. Given Apple’s push to get an iPad into the hands of every clinician in the country, we’d expect that there would be some guidance from the maker of the device as to how we can clean them in healthcare settings. Unfortunately, Apple has yet to provide that guidance; that’s also true of many other consumer tablet makers.

In that void, others have stepped in to try to figure out what the best infection control practices are here. Howell et al tested several different cleaning techniques on the iPad, finding that the Sani-Cloth CHG 2% wipes found in many hospitals were quite effective, with the added benefit of leaving a residual antimicrobial effect more than six hours after use. They also couldn’t visually identify any damage to the screen, though the study duration was only forty days and there was no formal testing to quanitfy that2.

Taking something of the checklist approach promoted by folks like Atul Gawande and Peter Pronovost, Manning et al proposed a simple “bundle” strategy that include things like using a water-proof barrier cover on the device, practicing hand hygiene before and after device use, implementing automatic reminders for regular cleaning, and more3.

As clinicians become trained to reflexively reach for the Purell before and after every patient encounter, we’ve also got to start thinking about the devices we’re now integrating into our patient interactions.