When the iPhone 6 and 6 plus were initially launched, I was asked often by my physician peers which size would be best in the clinical setting. I wrote how the 6 plus would present issues with fitting into white coats, and how the larger screen size might be awkward with patients.

UpToDate provided iMedicalApps with an exclusive infograph that shows this: 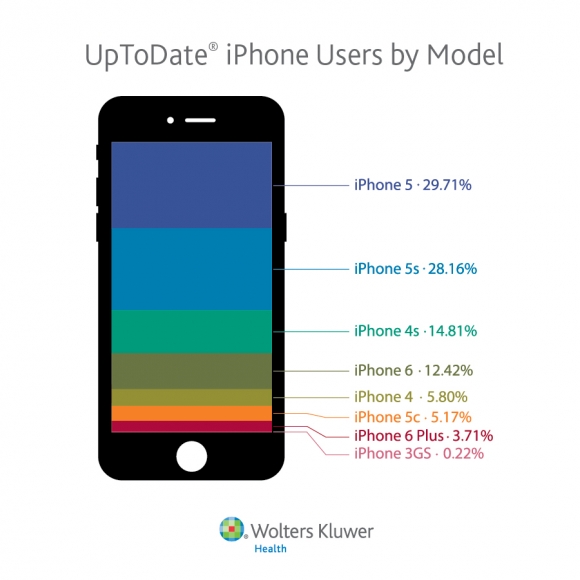 Of iPhone users, the iPhone 5 and 5S are still being utilized by almost 60% of health care providers, but in just a few months the iPhone 6 and 6 Plus have more than a 15% share.

Some interesting trends that medical app developers should be aware of when comparing these to the general public:

Medical App developers should realize that iPhone 6 and 6 plus adoption is significantly higher for health care providers than the general public, and they should make it an emphasize to utilize the larger screen size and iOS 8 platform in general.

As many academic and hospital systems have adopted UpToDate Anywhere, you can now download the UpToDate app and use it for free on your iOS device — we have made a tutorial for this prior.