iHealth, integration with your EHR, and the future of digital health 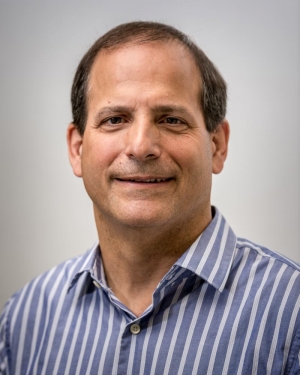 iHealth is one of the leading developers of connected health devices, with devices on the market ranging from the BP5 connected blood pressure cuff to the Align wireless glucometer. As we recently highlighted, they have also been at the forefront of integrating the data captured by these devices with the electronic health records used by clinicians.

We had the opportunity to talk with Jim Taschetta, Chief Marketing Officer and Head of Retail Sales at iHealth, about their current work at Duke & Stanford exploring EHR integration, views on integration of Android devices, and more.

iHealth recently garnered a lot of attention when news emerged that they were collaborating with Apple, Epic, Duke, and Stanford to integrate data collected by their devices in the Epic EHR via Healthkit.

For iHealth, this was in some ways simply an extension of prior studies; as Mr. Taschetta put it, “The studies we’ve set up and have been doing for the past couple of years have used simple integration with other clinical systems.” However, these systems were generally research platforms rather than clinical systems. For example, iHealth is currently working with researchers at UCSF and UC Berkeley on a novel tool to measure flow mediated dilation using a modified iHealth blood pressure cuff with data captured through the same app. At Duke and Stanford, they have thus far participated in smaller pilots and proof-of-concept studies as opposed to outcome trials.

Another research application of iHealth devices, in particular its blood pressure cuff, is in the Health e-Heart Study being run out of USCF. Often billed as a modern day Framingham study, one advantage of a connected blood pressure cuff like the BP5 is the ability to collect data on a far more frequent basis. Whereas even modern prospective cohorts get information on weight, blood pressure, and heart rhythm once every few years, connected health devices can capture this data as frequently as we want, and at lower cost. As Mr. Taschetta puts it, “[our] power in clinical research is to accelerate learning in clinical studies and reduce the costs to collect data.”

Filtering the flood of data

With the ability to capture everything from weight and blood pressure to step count and sleep hours, there is clearly a potential avalanche of data coming at clinicians. Fortunately, the folks at iHealth are also quite cognizant of the dangers this poses.

First, we should only be porting the right data into the EHR. Right now, if you look at HealthKit, it takes multiple variables and stores it on the phone. We don’t believe that… the step count or calorie count should flow into the EHR. On the other hand, physicians are often very happy to get blood pressure information. If it’s the right data, having the historical trends [in the EHR] can be more easily reviewed and acted on. [However] we need to make sure it’s not an expectation that clinicians are reviewing this data in real time. Real-time monitoring is a different beast. Let’s agree that EHR is not that.

And for much of this data, it’s not necessarily the physician that is best suited to react. “[We want to] make it easy for patients to share their data easily with their care circles… which could include a son, daughter, or other family members. Family care is one of those big untapped areas that digital health will unlock.”

Finally, what about Android

While there is a lot of attention on Healthkit and its integration with Epic as well as other EHRs, it’s important to remember that iOS users are the minority among smartphone and tablet owners. There are a number of data aggregation platforms available that capture data in much the same way as Healthkit, such as Google Fit or Samsung’s S-Health. Even Philips is getting in the game through a partnership with Salesforce.com. We recently highlighted Microsoft’s dive into the wearables space and their plans to create an open platform to collect health data.

As to the perspective of one of the biggest connected personal health device makers, Mr. Taschetta put it this way:

[Healthkit] is an accelerant… what Apple is doing is going to move this entire space forward. The galvanizing element is that the data is consumer controlled. If I choose to share my data, then I can… that is a really powerful concept and a key enabler. Right now, we’re still waiting to see what the Healthkit equivalent will be in the Android space.

Given Google’s generally hands-off approach, in contrast to Apple, it appears that we’re likely to see some competition among different platforms.