Microsoft has announced their entry into the wearable personal health device market with the Microsoft Band, a $199 wrist-wearable device that will work on iOS, Android, & Windows Phone and features integration with third-parties ranging from Starbucks to Golds Gym. Coming on the heels of the Apple Watch announcement as well as FitBit’s recently announced offerings, the Band appears to be an impressive new challenger with a unique opportunity to make an impact in healthcare. 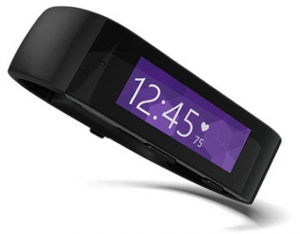 Sensors built in to the device include: 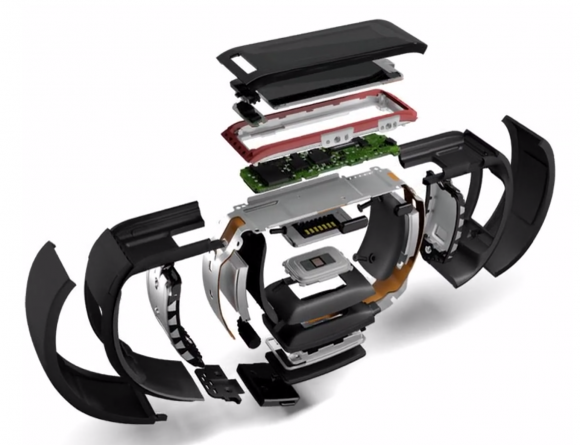 The data collected by the device is uploaded to a new cloud-based service called Microsoft Health that will “provide actionable insights into your health.” What’s most interesting there is (1) the comment on ensuring data security & privacy (details sparse) and (2) the emphasis on third-party integration and multi-platform support.

Microsoft Health is designed to work with you, no matter what phone you have, device you wear, or service you use. The power of the cloud platform lies in its ability to combine the data from all the devices and services you use to give you a more holistic and insightful picture of your fitness.

The device also functions as a smart watch, displaying things like caller ID, email previews, Twitter feeds, stock updates, upcoming appointments, and more. For Windows Phone users, it also works with Cortana. In that way, its meant to be much more that just a health device. 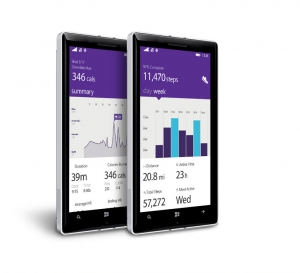 In addition to the impressive range of data that can be collected by these sensors, what’s most excited here is that Microsoft has clearly embraced a device & platform agnostic strategy that embraces third-party integration. Apps are already available in iTunes, Google Play, and the Microsoft app stores.

Microsoft also announced integrations with a number of third parties with some pretty interesting plans. For example, the app will offer guided exercise using the Band that was developed with Golds Gym. The device will also work with popular platforms like RunKeeper and MyFitnessPal. Users can also track their runs, from distance to pace, using MapMyRun.

The announced features and in particular the device/platform agnostic approach with a focus on third party integration is really exciting. And where Apple has been aggressive in developing an end-to-end solution with HealthKit delivering relevant data into the EHR, Microsoft’s long experience in healthcare hopefully indicates they will be equally as aggressive.

Its important to remember that the majority of smartphone users use Android devices. Where Google seems to have generally taken a more passive approach, Microsoft may ultimately be the one that steps up and integrates the data being captured by Android users into the broader health IT ecosystem. And that would be a big step towards bringing these tools into mainstream practice, hopefully driving everything more effective lifestyle change to improved control of chronic disease.

Keep an eye out for more on the Band from us, particularly once we get our hands on it to do a full review from a healthcare perspective.