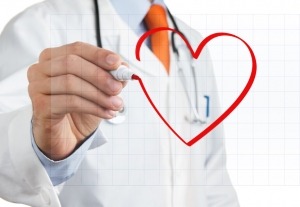 In this three part series, we’ll look first at current screening strategies and some of the limitations that create an opportunity for emerging tools. Then we’ll dive into some of the tools that will define the next generation of atrial fibrillation screening. This is Part 3.

Atrial fibrillation is an increasingly prevalent arrhythmia; it currently affects three to six million of Americans and that number is expected to rise. And unlike many other medical conditions, it is often silent until discovered either incidentally or after a serious complication like a stroke.

Recently, the EMBRACE and CRYSTAL-AF trials looked at the use of continuous long-term cardiac monitoring in a high risk patient population – individuals with recent cryptogenic CVA5,6. Both trials found an increase in the detection of atrial fibrillation as well as the use of oral anticoagulant therapy.

There were however notable limitations in the screening strategies used. In EMBRACE, patients had to wear a cumbersome chest strap with several wires attached to a belt-clipped event monitor. Not unexpectedly, the compliance rates were less than stellar. In CRYSTAL-AF, the $5,000 price-tag of the Reveal XT monitor coupled with its complication rate, albeit low, are important limitations when considering whether this strategy can be applied on a large scale.

Here, we’ll look at some of the growing cadre wearable devices that can provide continuous cardiac monitoring options to address those limitations.

There are a number of emerging options that have become available that could help address these concerns by using low-profile, wearable patches. While there isn’t yet much data available in using these devices for atrial fibrillation screening, they certainly have advantages when it comes to their cost and the burden imposed on patients in comparison to Holters and event monitors.

One option is the Zio patch from iRhythm. A low profile patch free of wires or a bulky controller unit, the monitor is certainly sleek in appearance. The elegantly designed Zio patch is also water resistant and can be worn for up to 14 days. It additionally includes a button on the patch that patients can use to mark symptoms and events. The Zio is mailed back to iRhythm for processing and interpretation. 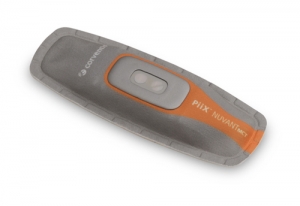 Another similar option is the Piix patch from Corventis, now owned by Medtronic. Also water-resistant with a low-profile design, Piix patch is another great example of a usable device. The device also includes a button on the patch that allows patients to mark events and symptoms. Data collected by the patch is then transmitted wirelessly via a base station usually kept at home. And now that the company has been acquired by Medtronic, the data can be captured through the CareLink tele-monitoring system used for Medtronic’s other implantable devices.