Blood glucose monitors, popularized in the 1990’s, are the precursors to the current generation of sensors in the digital health and quantified self movements. However, in the age of Fitbit’s and iPhones, glucose monitors are really showing their age. Most glucose meters are stuck in the past with old-fashioned displays, data that is difficult to export, and limited functionality. 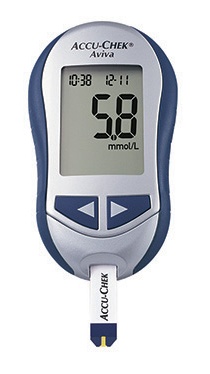 iMedicalApps.com had the privilege of reviewing several newer glucometers that are hoping to bring glucose meters up to date. (Check out our reviews of the Telcare BGM and iBG Star) 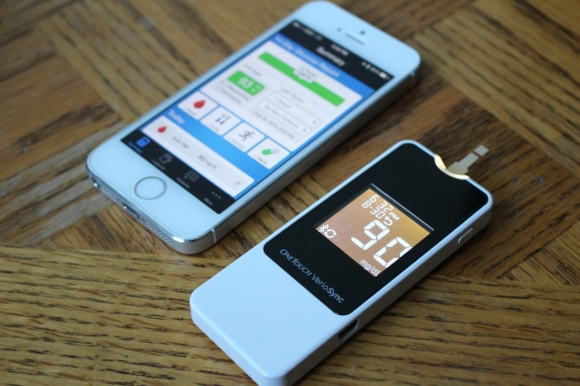 The aptly-titled LifeScan Verio Sync is the first glucose meter in the US to use bluetooth to automatically and wirelessly transmit glucose readings to the iPhone, iPad, or iPod Touch. With the Verio Sync’s seamless bluetooth syncing with the ubiquitous iPhone, is this the glucose meter we’ve all been waiting for?

The Hardware: Sleek and Light, with Lights! 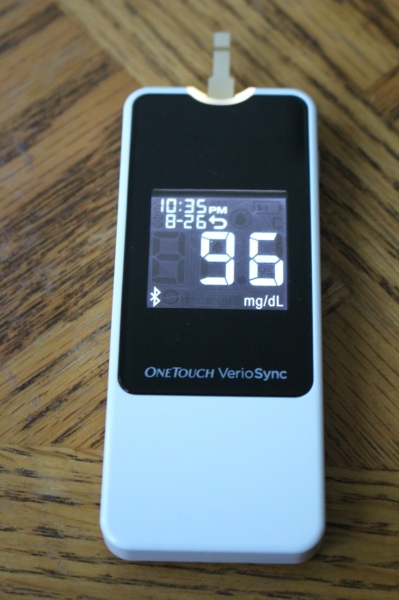 The Verio Sync looks like a trendy glucometer with its Apple-white accents and white-on-black screen. While it might not be as futuristic-appearing as some other less recognizable glucometers, the design team at LifeScan did a good job balancing familiarity with modern aesthetics. 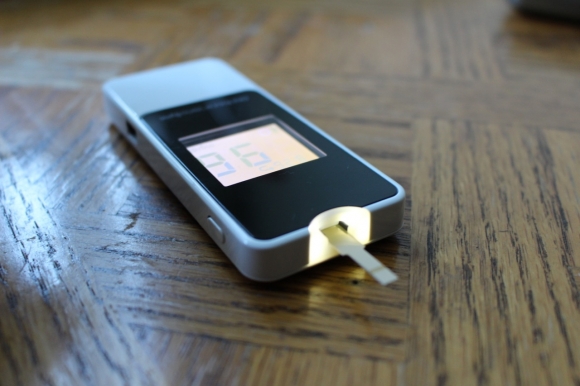 When first using the glucose meter, the inclusion of a glowing light where you insert the test strip stands out as a “why doesn’t every glucose meter have this?” moment. A simple feature like this could be a huge advantage for a person with diabetes who might wake up hypoglycemic in the middle of the night.

A downside for the Verio Sync is that its battery life requires charging (via mini USB) every 1-2 weeks, depending on frequency of testing. While that might not sound very frequent, keep in mind that traditional glucometers last months to years, so the concept of a glucose meter running out of batteries takes some adjustment.  In addition, people with diabetes are not commonly used to carrying around a charging cable for their glucometer, and are already burdened with multiple supplies.

The Software: The App Misses the Mark, Badly 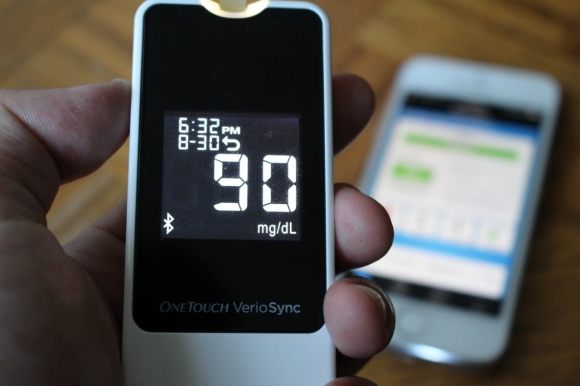 Given the fact that the Verio Sync’s key advantage is the bluetooth wireless synchronization with the iPhone, the OneTouch Reveal iPhone app has great potential to revolutionize the iPhone-glucometer experience. Unfortunately, this is not the case.