Apple just launched an “Apps for Health” section in iTunes, listing 16 different health apps that are using the Healthkit platform. One of the most suprising thing to me was only seeing Jawbone’s UP as the sole wearable company in this section.

Jawbone created a whole new app just for iOS8 and the healthkit platform, called UP by Jawbone.  It’s slightly confusing as the old app has the same name and is still available.  This version of the app doesn’t require the UP fitness band to work.  If you want to continue to use your fitness band you can use the older version of the app. But the fact that UP is letting you use your current profile within the HealthKit platform is big.  Your current profile and tracking metrics seamlessly integrate into the app, and get transferred to the Health app.

I mentioned a few weeks ago how Jawbone had made it clear they would integrate their wearable and app with as many platforms as possible — and their actions are showing this.

I also commented how that open strategy made the fitness band company easy to recommend to patients. I continue to support that position now that I’ve seen how fast Jawbone was able to integrate their platform into Healthkit. 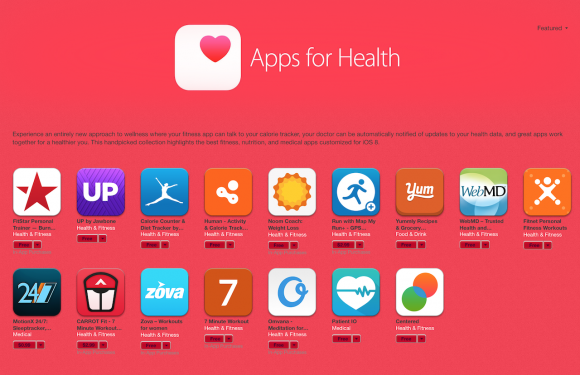