Researchers from MIT’s Media Lab and Georgia Institute of Technology’s School of Interactive Computing have demonstrated how Google Glass’s built in sensors can be used to calculate heart rate and respiratory rate. They do this by using Google Glass’s gyroscope, accelerometer and camera.

Twelve subjects were used for the study, and they had to hold three different positions in the following two different states: Relaxed or “aroused” (after biking). 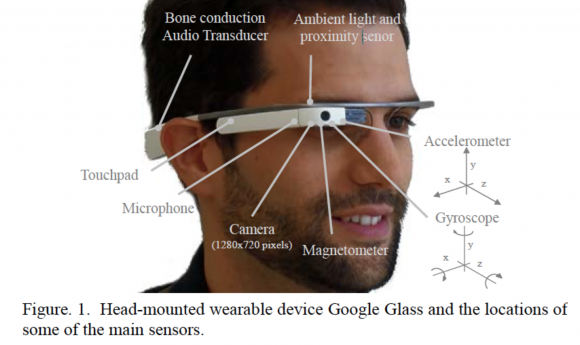 The results for heart-rate estimation were off by less than a beat per minute and respiration by less than a breath per minute, says Javier Hernandez, a graduate student in MIT’s Media Lab who coauthored the paper.

The researchers are now working on several apps that would use this kind of data for practical purposes; Yin Li, a paper coauthor and graduate student at Georgia Tech, says they’re making an app that captures and analyzes the signals that were investigated in the study in real time (for the study, the signals were analyzed after the fact).