A few weeks ago I wrote how Samsung’s upcoming Galaxy Note 4 would have a sensor enabling you to measure the UV index — and I blasted the feature. I went into detail explaining why it wasn’t a good idea. However, their sensor to measure SpO2 — your body’s oxygen saturation, is legitimately a big deal.

The SpO2 sensor was listed in Samsung’s initial specs, but had the caveat of “dependent on market”.  Further, Samsung wasn’t touting the feature like they were with the UV sensor.  This means we might not see this feature in the US as some pulse oximeter devices seek FDA approval.  A good example is iHealth. Initially they did not seek FDA approval for a pulse oximeter sensor they sold in the Apple Store, but a subsequent version did get FDA approval.

The demo below shows some hope that the SpO2 sensor will be live on the phone when it ships.

Future implications of having a SpO2 sensor built into the phone for healthcare are:

Obviously we have no idea how sensitive the SpO2 monitor is that Samsung has included — legitimate health implications are pending how robust the sensor is.

I can’t help but notice the clear Apple bias in relation to mobile health by the lack of coverage this sensor has received. I suspect people would be writing thousands of articles if an SpO2 sensor had been included in the iPhone 6 plus.

I for one am excited to see what developers and researchers do with this sensor. 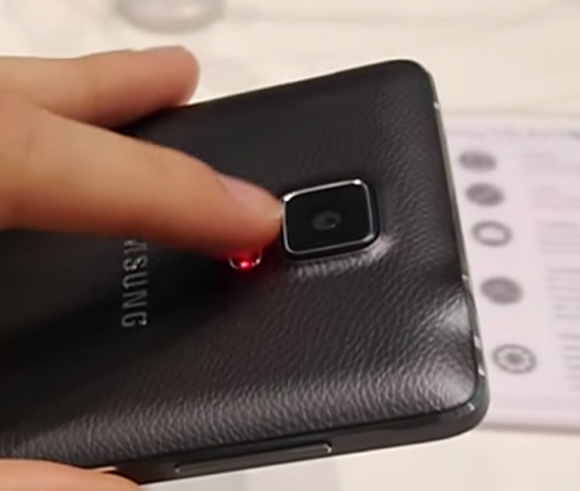 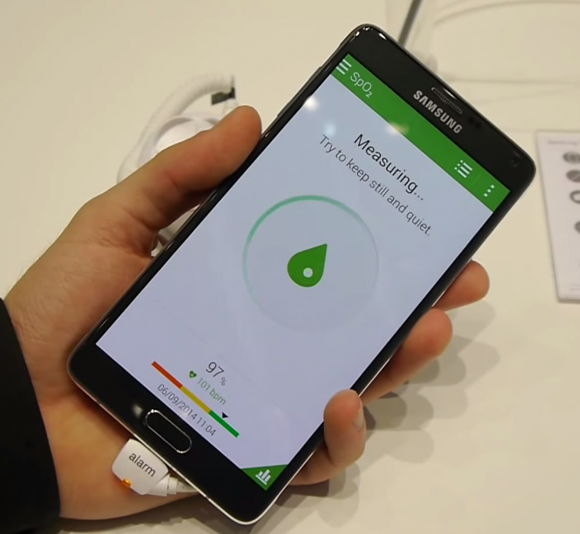 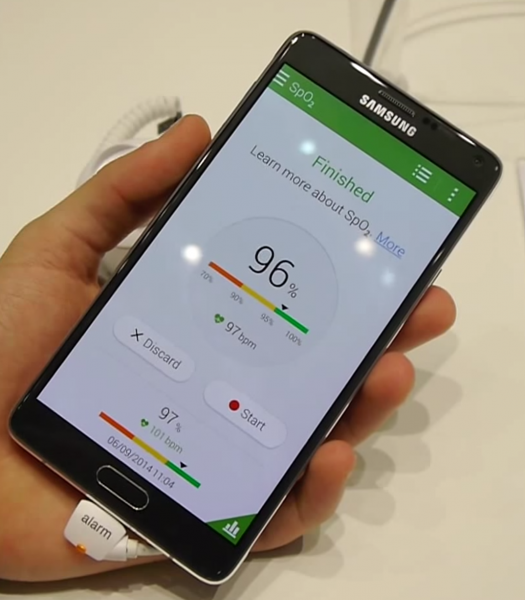