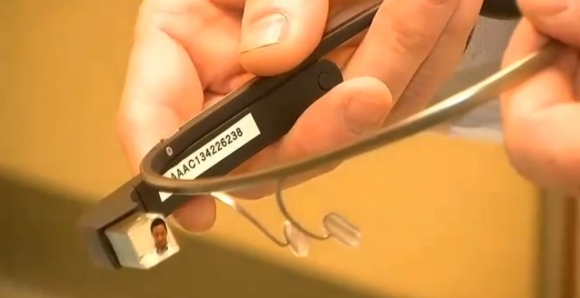 Traditional telemedicine requires a large financial investment in heavy equipment with dedicated cameras and computers. They often are not as accessible to physicians, with an extreme lack of portability. Mobile phones and tablets have helped lower this barrier substantially, but they have limitations as well. For example, they still require your hands to operate – less than ideal in, say, the operating room or in the field.

Pristine’s EyeSight platform runs on Google Glass. Their HIPAA-compliant app streams audio and video to other providers and viewers. Their platform is already in use at the University of California, Irvine (UC Irvine), and will be incorporated into their curriculum for medical students. The platform encompasses a variety of use cases, including wound care teams, emergency response teams, anesthesia cases, surgery, and ICU settings.

We interviewed Pristine CEO Kyle Samani at the most recent American Telemedicine Association conference in Baltimore, on what inspired Pristine’s team to build EyeSight.

How did you get started with this company?

For the past 3 years, I worked on an EMR product in Austin; then in February of last year, [Google] announced their Explorer program, and then I immediately thought that this was going to be big for hands-free healthcare. I knew this would be big. I called every doctor I knew [and thought of] cardiology apps, opthalmology apps, ER apps. So I picked what the biggest app would be that would have the broadest impact and be the biggest potential business.

We decided to pursue video. 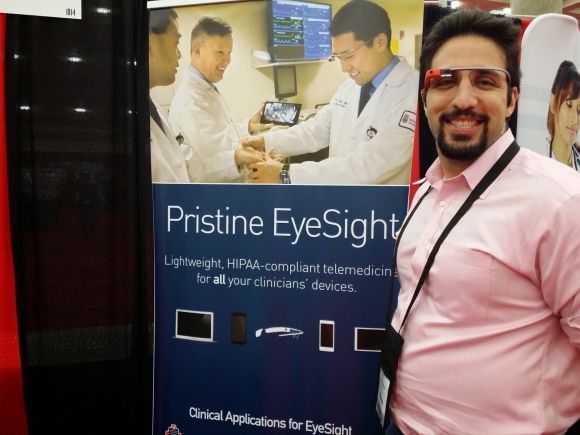 How did you end up creating EyeSight?

When we looked at Glass, [and its] novel aspects, the fundamental challenge [we asked] is, “Why not an iPhone?” [These apps] have to compete with an iPhone. There’s not many apps that are much better than an iPhone. Glass’s screen is very small, [with] no good input mechanism. Why is Glass good for an EMR, versus an iPhone which has a robust way to interact with stuff?

[And] Glass is so limited [that to] do something like an EMR, [which] has large lists of stuff that are not clickable…it’s not the right form factor.

So we [looked at the traditional telemedicine] camera, well, I looked around and there are so many damn carts! These things are so expensive huge and heavy! We asked nurses how they like them, and they kinda didn’t like using them, and I heard not much enthusiasm for the carts. [Google Glass] is 7 ounces versus 70 pounds, and it’s handsfree.

How can people get Pristine’s EyeSight on their Glass?

We talk to folks on their phone [in the form of a conference call], sign a contract, we buy all the Glasses from Google, we work with [their] IT staff, we preconfigure with all the apps, [and] configure it to [their] Wifi network. [There is] no setup or configuration whatsoever. Just turn it on and go.

We realized that people aren’t ready for a two-year commitment, so we offer a 90-day or 120-day pilot program, a short commitment, and if they’re not satisfied, they can send it back. 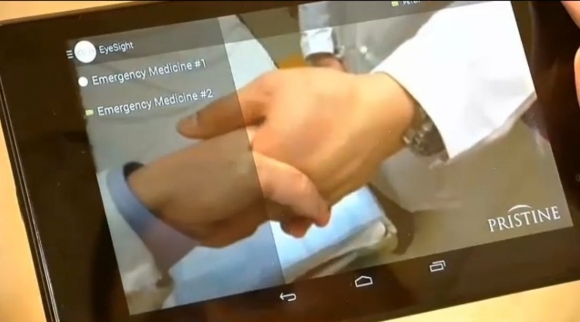 You can [send] text [messages] around, [send] instructions, and send three lines or five lines of instruction to show on the Glass. You can also do a “tele-illustration” so the person receiving the video can draw on the screen, and it shows up on Glass. Video is the core component. [It works with] all devices: iPhone, iPad, Mac and PC.

Anything else our readers should know about Pristine?

Telemedicine is so heavy. These carts are $30k, and the robots are $70k. Outrageously expensive! We want to make telemedicine affordable and easy. Light and simple. Glass is the most expensive thing we sell you.  This thing will be effectively disposable in a few years, and the goal is to make telemedicine as light as possible, [with] no setup, no configuration, no heavy crap. [And it comes with] a paging system.