How a family practice physician created an evidence based app

As I am a medical app nerd, I always look where the medical apps I download are made. A few of my absolute favorite apps are not made by big name companies or large academic institutions, they are actually made by practicing physicians.

After noticing this, I was soon looking online for various websites, books, and apps so as to learn programming with the dream of eventually creating my own handy app. Then it dawned on me that I should get in contact with a physician app developer, to see what the experience entailed. 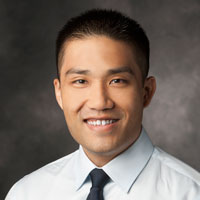 Steven Lin is a newly appointed clinical instructor in family medicine at Stanford University. He is the co-creator of two medical apps. Ilithyia, an evidence based prenatal visit app we recently reviewed, and L’Allegro, an evidence based antidepressant chooser app. Dr Lin was kind enough to meet via telephone in June to discuss his work and passion.

Dr Lin first thought about creating an app as an intern when he noted the large gap between what he had learned in medical school and what was happening in practice. He had knowledge but it was often difficult translating that knowledge into point of care practice. He first concentrated on prenatal visits as he wanted to find the evidence base for current practice and make that available to himself as well as his fellow interns.

He started with researching guidelines, community standard of care, and even insurance allowances for visits and labs. He then took this information and made a framework of sorts. Each visit had allotted information- labs, guidance, findings, etc, and this framework became the basis for how he organized his app.

Oddly enough, Dr Lin himself is not very tech savvy. He actually partnered with a friend he met through a non-profit. One of my favorite features of Dr Lin’s app is its design. The app is intuitive, full of information, but not cluttered. Dr. Lin said he and his tech partner Colin went through several designs. He would imagine it a certain way but then find that it took too many screens or clicks to find certain information. He even released a beta version to his fellow residents for feedback. I wish all medical apps went through this process as many of the larger reference apps suffer from too many clicks, screens, text, or clutter. 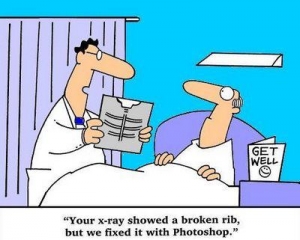 Dr Lin really enjoyed making the first app, Ilithyia, and estimates his total time in creation was about 60-80 hours with about 50% research and 50% design and implementation. He estimates his programmer’s hours at 40-50. He and his programmer, Colin who was actually a senior in high school when they started working together, donated their time for this as well as the second app, L’Allegro.

For his second app, Dr Lin tried to expand beyond simply creating an app and tied the app to a research project which he published in the Journal of the American Board of Family Medicine. The article, which I will cover in an upcoming piece, describes the evidence behind the app and its guidance of antidepressant choice based on a system cluster approach.

For his next project he will work with the Society for Teachers in Family Medicine and plans to create a mobile version of their study cases. The hope is that as the projects expand he can gain some funding to reimburse his time and allow him to continue the good work.

The future of mobile technology is complicated and yet fascinating to Dr Lin. He believes that it is almost impossible for physicians, especially family medicine and other general practitioners, to keep up with the rapid increase in medical information. Even with a good fund of knowledge, point of care applications are needed and useful. He believes the future of applications may entail something of a tiered system of those that are evidenced based and approved by a regulatory body such as the FDA, and those that are not. (A great reminder to check with iMedicalApps for peer review.)

Our conversation brought up some great learning points for me. First, Dr Lin’s partner developer Colin was only in highschool when they teamed on their first app. This was a huge bonus as development is a large stumbling block for many physicians who have an idea but maybe no time or desire to write code. Dr Lin was shocked by how relatively easy it was for Colin as well as how much Colin received from the exchange. Dr Lin spoke of the younger generation of future medicine or simply technology bound youth who would be excited to partner with physicians in similar ventures.

I also love that Dr Lin began with an individual and group need and built upon it. Ilithyia was built for his and his peer’s learning and rather than a wider market. With the second adventure he built a research project and published. For his third project he is partnering with a teaching organization. It is a great way to build solid products as well as a platform for growth.

Thanks Dr Lin for your work and thoughts.