On Indiegogo there is a campaign for a health education tool that has already reached its goal in less than a week — it’s a bear that teaches kids how to manage diabetes. 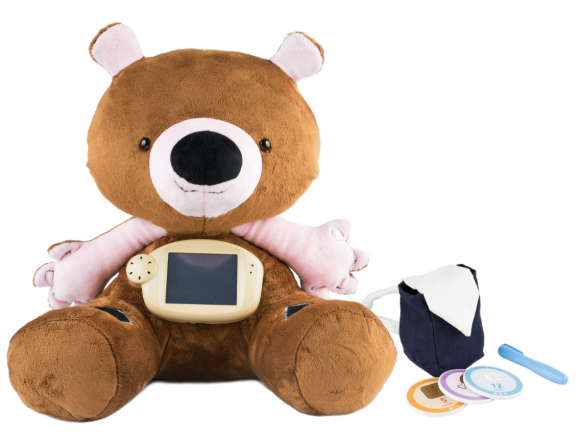 Those of us who have diagnosed a child with type 1 diabetes know how difficult of a diagnosis it is not only for the child, but for the family. Education for how to manage diabetes is a large task, but one most hospitals have great protocols for. Much of the education is aimed at the parents, with the hopes it gets reinforced to the child at home.

The company behind Jerry the Bear is Sproutel, and their hope is the toy bear will educate kids in a way that is not being done right now though positive reinforcement.

The below video shows how Jerry the Bear works:

Sproutel was hoping to raise $20,000, but has exceeded expectations by receiving almost $30,000 with more than 50 days remaining.

It would be interesting to see a study done in hospitals and outpatient settings where Jerry the Bear was compared to traditional diabetes teaching mechanisms.  Either way, it’s definitely an innovative approach.