A recent study titled “Mobile phones in clinical practice: reducing the risk of bacterial contamination” showed touch screen smartphones could be used in practice without being reservoirs for bacterial disease.

The study tested 50 phones from various members of a team in a surgical unit in Northern Ireland by swabbing for bacteria. The study included phones owned by members that filled multiple roles in the unit.

In addition to the phones, the researchers administered a questionnaire regarding phone usage while at work. All 50 of the owners of the swabbed phones answered the questionnaire as well as an additional 100 workers in the unit.

Of the phones that were tested, 60% showed bacterial growth on the agars used. Interestingly, 20 of the phones produced no cultures. Among the remaining phones, the study found coagulase negative staphylococcus, streptococcus viridans, micrococcus, corynebacterium and bacillus: none of which are traditionally associated with nosocomial infections. These results were found despite 88% of workers saying that they used their phones in the workplace. Previous studies have shown between 5 to 40% contamination with nosocomial bacteria, so the question becomes, “What’s different about this environment?” 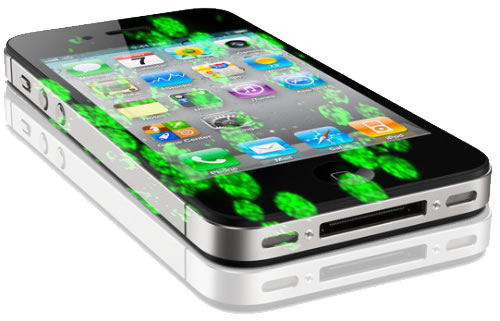 To understand why nosocomial infection causing bacteria were not found on the phones, they performed a root cause analysis. Based on previous research that showed hand washing decreases contamination of mobile devices, the researchers looked into the hand hygiene in the surgical unit. They found a hand hygiene policy compliance rate of more than 97%.