When Apple announced iOS 8 at WWDC last week, less than 5 minutes of the almost two hour long event was fully dedicated to explaining the Health App and Healthkit platform.  Even though the announcement had such a small amount of time dedicated to it, there was a disproportionate amount of  excitement about Apple’s first full foray into mobile health. Some are claiming Apple will definitively solve the problem of health metric silos, and Healthkit will finally enable a platform where data from various apps and devices can easily be captured.

Let’s make this clear — Apple’s health app and healthkit is not a panacea. It’s certainly a big step — but not for the reason most people think.

However, it’s not about the hardware or slick software. In this case, it’s about the partnerships. In particular, a partnership with Epic. The Mayo Clinic partnership Apple mentioned alongside Epic is interesting and has more sex appeal to the general patient population because of Mayo’s name — but it’s not nearly as big of a deal as Epic. Not even close.

Epic now covers more than 50% of patient’s in the United States, and that number is rapidly growing 1.  My own health records are stored on Epic to be used by my primary care doctor when I come in for yearly physicals. For a majority of those reading this article — the same is true for you. While many patients don’t know about Epic–even though their electronic health records and health data is stored there–a majority of physicians know Epic well. To many of us in medicine, we often joke how Epic is taking over the world. 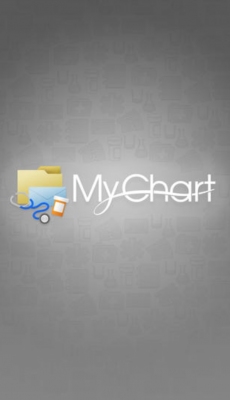 If your hospital is currently changing its EMR, more than likely, it’s going to Epic. Epic has essentially become the Microsoft for EMRs. I’m not going to get into the advantages or disadvantages of this situation — essays could be penned2.

Although being the Microsoft of Electronic Medical Records enables Epic to impact change on a populations based level, it’s something Epic doesn’t want to get into. Even though Epic has an app for patients called MyChart, their focus is on hospital systems and physician users. Their main focus isn’t on how to make patient’s better.

This is where their partnership with Apple comes into play. If Apple is able to appropriately leverage Epic’s ability to reach more than 51% of the patient’s in the United States — it would be a game changer. Many physicians would welcome the ability to click on a tab in Epic and be presented with a nice graph showing a patient’s blood pressure trends since their prior visit. Currently, this data is haphazardly recorded by patients, and likewise, haphazardly interpreted by physicians to make key titrations in medication dosing.

Physicians could easily see their patient’s physical activity levels, how many carbs they are eating, and medication compliance. Obviously, data fatigue would need to be avoided at all possible costs. Nonetheless, the potential is tremendous. The funny thing is, I don’t think Apple or Epic truly realize the public health impact they could have if they leverage each of their respective strengths in the appropriate manner.

Later this week iMedicalApps will discuss how Physicians could improve patient care if they had access to patient collected metrics in their EMRs (such as Epic).