With the recent announcement at WWDC of Health and HealthKit, Apple’s intent to become more active in healthcare has become clear. In many ways, it appears the goal is to be a hub for the innumerable sensors that are becoming available to consumers.

One question many clinicians will have is whether this will fall into a regulated space. In other words, how is Apple managing federal oversight as they venture into the health space with HealthKit and Health?

That was clearly something Apple sought to explore further in a December 2013 meeting with FDA officials. To find out more, the folks at Apple ToolBox submitted a request for more information citing the Freedom of Information Act. The response they received suggests Apple may explore being more than a simple hub of information. 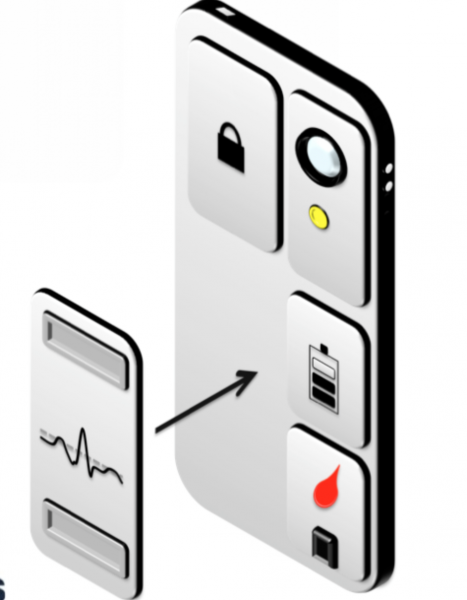 Much of what was in the memorandum released by the FDA tells us what we already knew, namely that the FDA is using the “intended use” of a particular device or software to determine whether it should fall under regulatory scrutiny. One part of the memo describing Apple’s position was particularly interesting:

Apple noted that while the guidance is a step in the right direction, industry is always going to be pushing the boundaries. Apple sees mobile technology platforms as an opportunity for people to learn more about themselves. With the potential for more sensors on mobile devices, Apple believes there is the opportunity to do more with devices, and that there may be a moral obligation to do more. Sensors already exist on medical devices. For instance, Apple’s devices have cameras and accelerometers. There is still an opportunity to innovate, but Apple wants to make sure they are on the side of the FDA.

Apple is clearly cognizant that many features they have embedded in their mobile devices have utility in healthcare. For example, the camera can be used to capture everything from the heart rate to oxygen saturation. What’s suggested here is that these applications are guiding decisions about what features to include in their devices. Moreover, with their anticipated foray into the wearable space (i.e. the Apple “iWatch”), we can expect a focus on embedded sensors that capture data with healthcare applications.

That is not to say that Apple is going after FDA clearance or approval. Far more likely is they are trying to define the line they need to avoid crossing to stay out of the FDA’s sights.

There are a few possibilities about how they could do that. They could take advantage of the MDDS rule issued by the FDA which basically says that IT systems that simply transmit – but do not interpret – many types of health information can be considered Class I devices. They would then only require general quality controls rather than any pre-market clearance or approval.

Alternatively, they may be waiting to see the approach ultimately taken by the FDA with regard to clinical decision support tools, like apps that interpret blood pressure readings. In the recent FDASIA Health IT report issued by the FDA with the ONC and FCC, these agencies indicated they would take a “risk-based” approach to deciding what to regulate. Where that line will fall is yet to be determined but perhaps Apple is betting that it will fall far north of anything Health and HealthKit will do.

Finally, they will likely be cautious to capture data that has dual purposes. That way, the intended use can be something non-healthcare. The software, then, that applies the data captured for healthcare purposes would be what falls under FDA purview.

In the example Apple gave in their keynote address — they explained how Healthkit would be able to get a blood pressure reading from a peripheral device, send it the native Health app, and if the reading was high, the patient’s doctor would be notified.  In this example, if it is third-party software that is generating the “high” alert and Health/HealthKit are just transmitting that message, then Apple would most likely avoid FDA oversight. If, on the other hand, Apple’s software is just getting the number and recognizing it is high, then it would most likely fall into the category of clinical decision support where FDA oversight is just starting to be defined.

One thing that’s clear though is that we are likely to see an explosion in the range of data that can be seamlessly and unobtrusively captured by the consumer.