Obstetric wheel, Pregnancy Wheel or OB/GYN Wheel are common names we give to the standard instrument based on Naegele’s rule for calculating the due date for a pregnancy.

Naegele’s rule is named after Franz Karl Naegele (1778–1851), a German obstetrician who devised the rule.

Having an OB wheel app is extremely useful for physicians who need to quickly calculate gestational age on their patients.

From the primary care setting, to the emergency room, to an OB/GYN office — this type of app helps save physicians from having to carry a physical OB wheel with them. In this article we will review three medical apps useful for determining gestational age on an Android phone and evaluate which is a better clinical fit. We also did a full review of the best OB wheel apps for iOS devices last year.

The first contender is OB Wheel (Pregnancy Calculator), a simple app developed by software developer Quartertone; Apps from this developer have been previously reviewed.

Among the available features we can calculate:

OB Wheel comes in two varieties, a free or lite version and a donate or PRO version. The main differences between the versions is that the PRO version lets users adjust length of cycle and luteal phase. 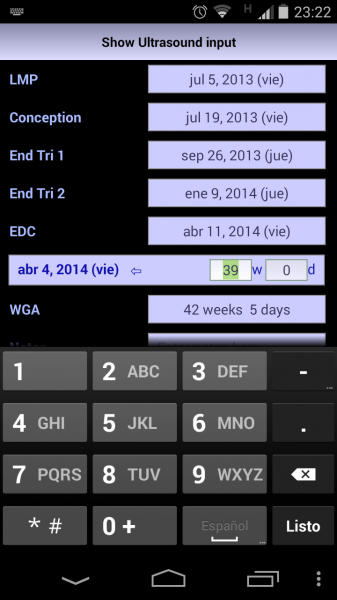 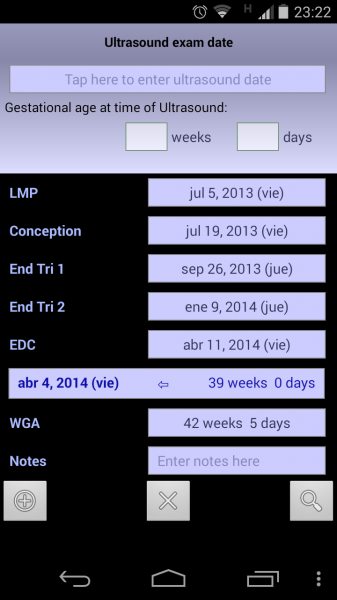 Obstetrics is an OB reference application developed by Medical Doctor Apps aimed at patients and physicians alike. This medical app’s design stands out among the pack as it is very nice and easy to use.

The visit recommendations are very useful and a welcomed addition. Also, the app developers claim that all information is taken from current recommendations by the CDC, ACOG, USPSTF, FDA, and the AMA but no direct references are made. 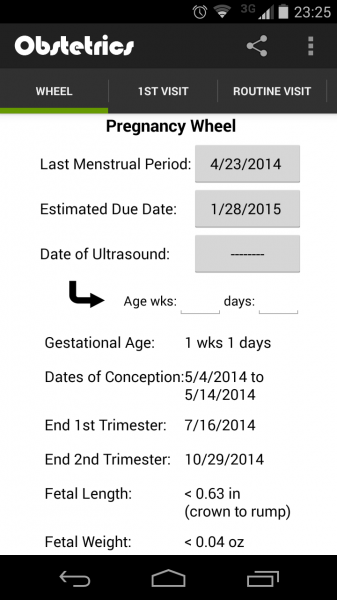 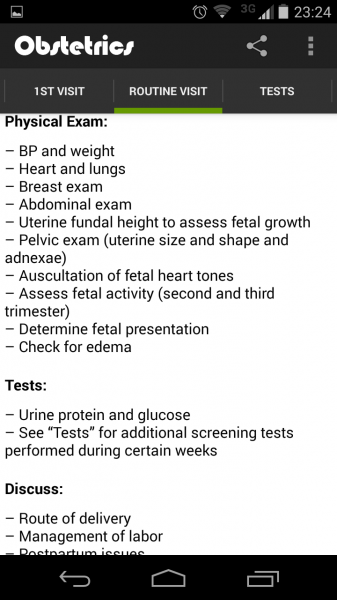