Similar to our first effort, our research team parsed through hundreds of medical apps released in the prior month to find key applications for inclusion. I went through and tried numerous apps, ending up with 10 medical apps health care professionals should consider downloading.

1) ASCVD Risk estimator by the American College of Cardiology (ACC)

This risk stratification tool was published by the ACC and the American Heart Association (AHA) jointly to help providers estimate 10 year and life time risks for atherosclerotic cardiovascular disease (ASCVD).

I’m surprised it took this long for the ACC and AHA to make an official ASCVD app — when the risk stratification tool was initially released, there were numerous home grown apps that launched in the App Store promising to do this risk stratification in mobile form. The nice thing about the AHA and ACC’s version of the app, other than it being the official version, is the companion information included — there’s a lot.

Once you input your patient information into the risk assessment tool, the app even gives you recommendations, telling you whether or not you should consider starting a statin. It includes great information for patients as well. The About section is well referenced. If you downloaded one of those early ASVD calculators, I would definitely replace that app with this one. This is definitely a must have app for primary care providers and cardiologists. 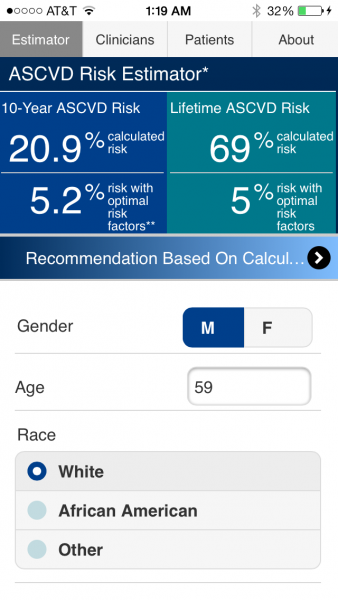 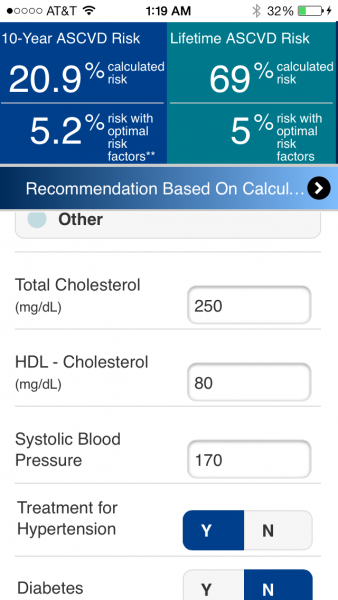 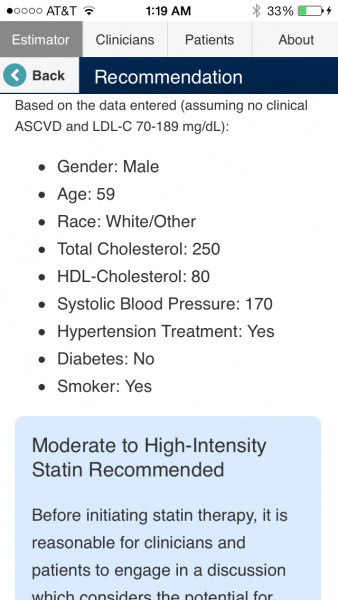 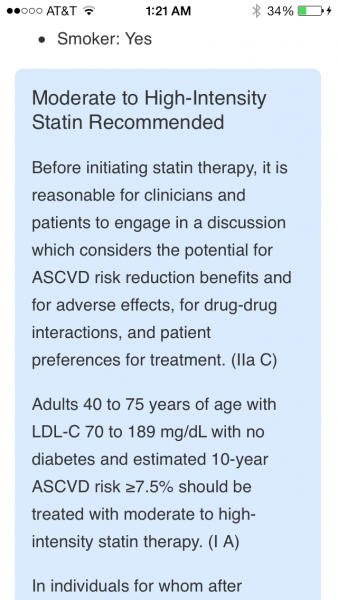 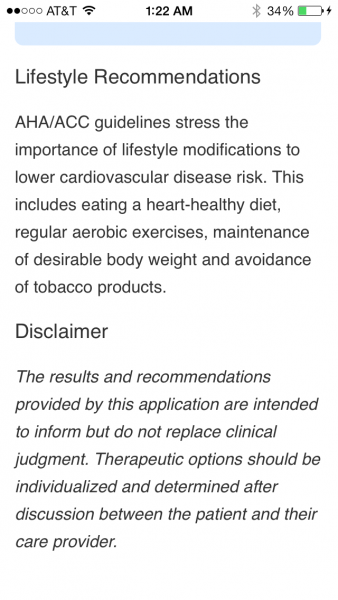 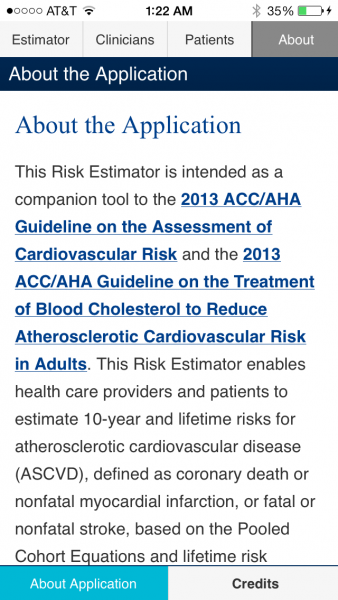 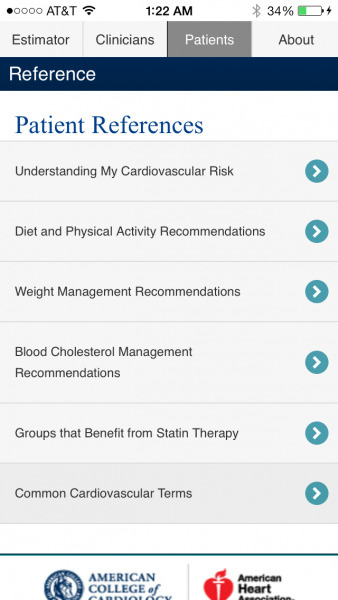