A proper eye exam performed by Physicians requires the use of several testing tools that physicians often don’t carry with them.

The idea behind the Pocket Eye Exam app is a mobile tool that would replace the need of carrying physical visual acuity charts with you.  The app developers state it was made and tested by Biomedical Engineering undergraduates and Neurologists at the University of Virginia.

Upon launch, we are greeted by a disclaimer which is something that most medical apps should have but developers often neglect to include.

At first glance, the user interface looks a bit too plain. A simple listing with a black background acts as the main screen.

Pocket Eye Exam includes an OKN strip, pupil chart, Snellen chart, red desaturation test, and Ishihara plates. There is an educational section for each of the tests which provides added value to this app as everything is explained in detail and in a clear manner.

At the time of writing this article some features haven’t been fully implemented such as the educational info on the Pupil Chart–instead we see a filler screen. This is an odd call on the developer’s part as a screen explicitly stating this is not done yet draws more attention than its absence. 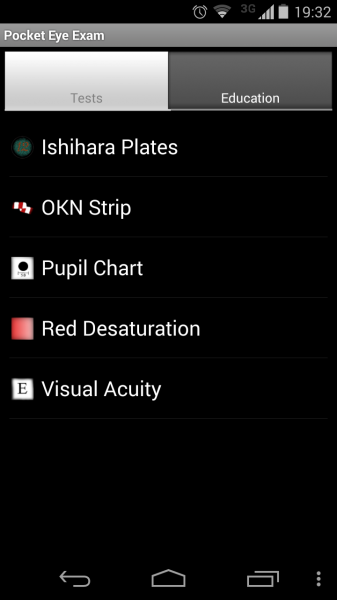 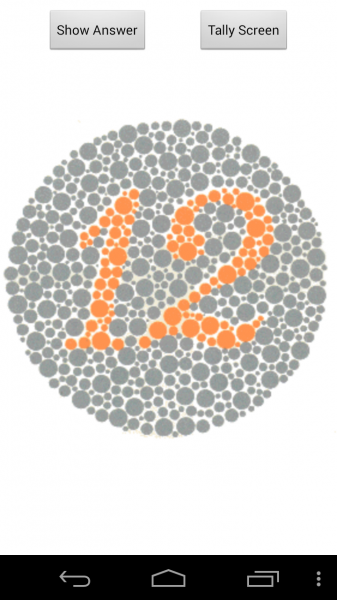 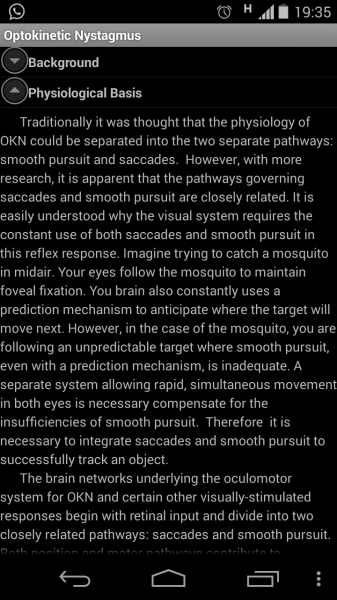 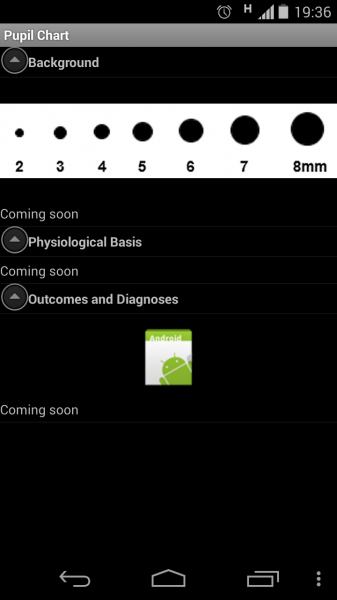 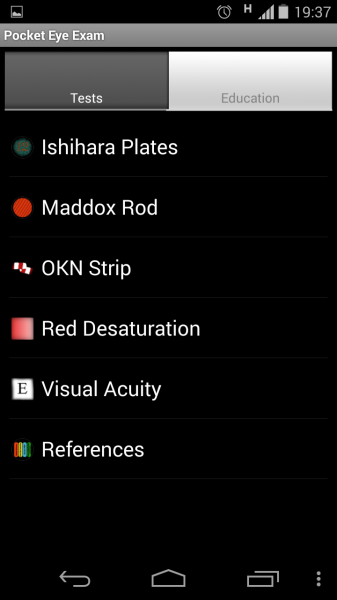 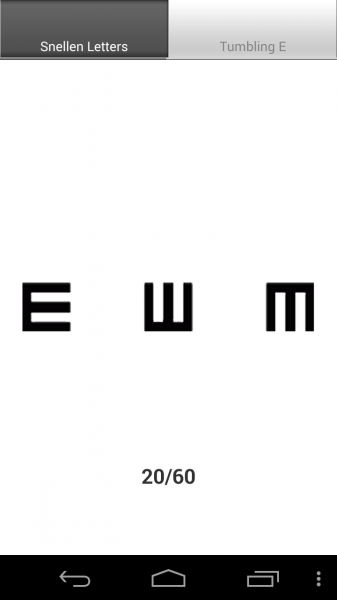 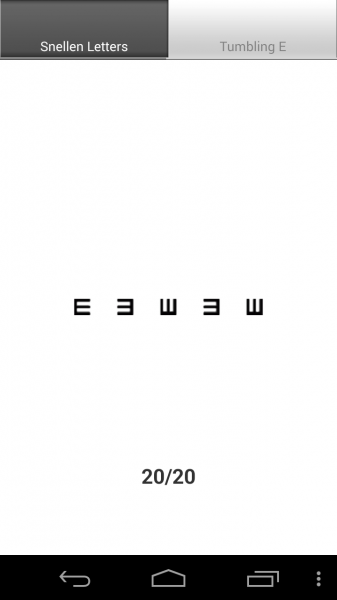 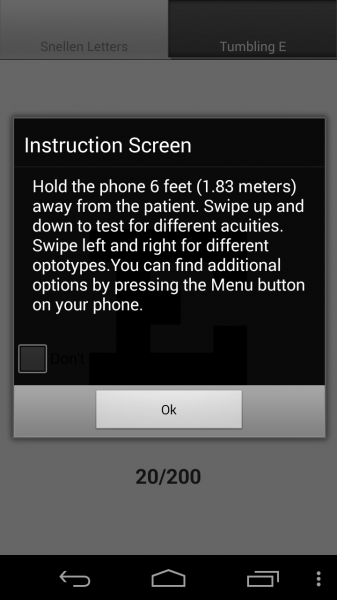