Basis Science, makers of the wearable smartwatch/activity tracker Basis Band, was acquired by Intel for a reported $100M-$150 million dollars.  We recently reviewed the Basis Band here at iMedicalApps. This ends speculation that Basis had been shopping itself for a buyer, with rumored partners including Google and Apple, Inc.

Although Basis essentially only had one primary product on the market (the newer 2014 Carbon Steel Edition is largely a cosmetic upgrade of the B1 Band with carbon steel accents), their activity trackers included sensors that most other wrist-worn wearables lacked.

Intel, well-known for their chipset platforms, might initially seem like an intriguing buyer, but they recently revealed intentions at CES 2014 to not be left behind as wearable computers become the next big stage for technological innovation. There, Intel demonstrated multiple reference designs for their wearable chipsets, such as Jarvis (a Siri-alternative wearable headset) and Edison (a sensor computer the size of an SD card, which could be integrated into various products, such as baby’s clothing or coffee mugs). 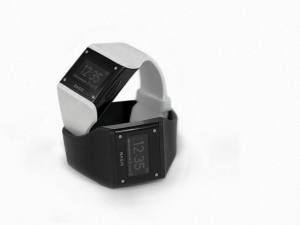 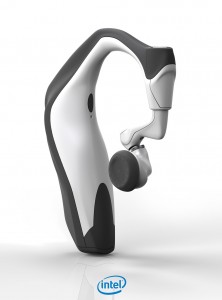 By purchasing Basis Science, Intel gains expertise in the integration of multiple advanced sensors. Among the consumer-grade wearable sensors, the Basis Band was highly regarded as one of the more complete and accurate sensors, yet never achieved the same name recognition and brand awareness as Nike, Fitbit, or Jawbone, and never was sold directly in retail outlets.

In that way, the Basis Band was already functioning as a sort of proof of concept, with lots of potential but not yet ready for mass market appeal. This was further evidenced by the fact that the design was continuing to be refined throughout its first year of release, and that significant feature upgrades were being introduced as recently as January 2014 in the form of advanced sleep analytics.

With the recent acquisition, Intel can use their financial resources and production capabilities to bring a spiritual successor to the Basis Band, one that is fully capable of going head to head with the likes of Samsung, HTC, and highly anticipated competitors from Apple and Google. More likely, however, Intel will utilize this acquisition to better position their wearable chipsets to be the brains inside of many of these devices.

As one who personally owns and loves his Basis Band (barring a few key reservations), I would love to see the Basis Band continue to be available in some form or another. At this time, Intel has not commented on its plans for the existing Basis product line.