Traditionally, ambulatory heart monitoring has been used to determine the cause of palpitations and syncope and, to a lesser degree, to identify burdens of known atrial or ventricular arrhythmias. Continuous ambulatory blood pressure monitoring is another useful tool that not only helps separate white coat hypertension from essential hypertension. Additionally, data collected on blood pressure variability and nocturnal hypertension has important prognostic implications.

Unlike ambulatory heart rate and blood pressure monitoring, continuous ambulatory pulse oximetry has less of an established use though one could imagine use in some areas like sleep apnea.

iHealth’s ambulatory ECG device can be worn under clothing and attaches itself to the patient’s chest through disposable adhesive patches. It is said that it can store up to 72 hours of data and uses Bluetooth 4.0 BLE to transfer data to an iOS device. No word on Android compatibility. 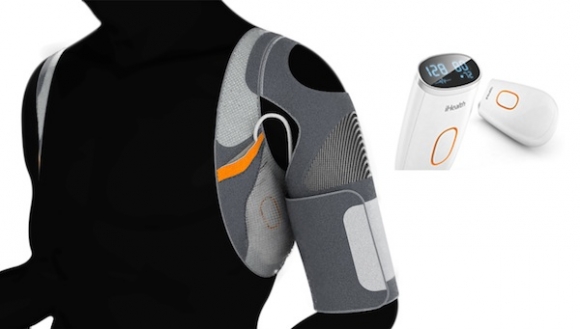 The Blood Pressure monitor vest provides 24-hour monitoring, allowing the patient to carry on his everyday life without having to stop to perform any measurements. As these types of device emerge, it’s interesting to wonder what new evidence will arise helping understand phenomena like nocturnal hypertension or “white-coat” hypertension.

According to iHealth this monitor can store 200 readings and connects to Android and iOS devices via Bluetooth. 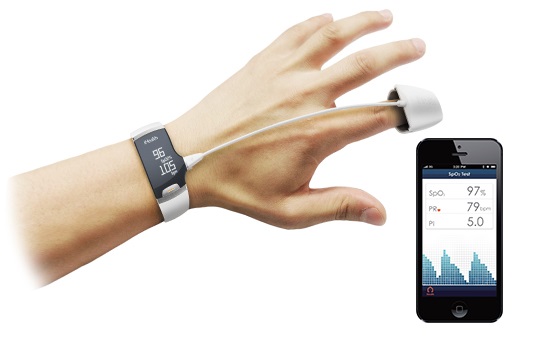 Lastly, iHealth’s wristworn blood oxygen saturation and pulse monitor is a wristband with a dedicated screen connected to a fingertip. Such device could help a physician close on a sleep apnea syndrome diagnosis. This wearable pulse oximeter uses Bluetooth 4.0 BLE, works with iOS but has limited Android compatibility.