Games For Change (G4C) is a non-profit company that seeks to promote the use of games in advancing social wellness, education, and health.

G4C acts as a hub for the games for social impact sector in several ways including distribution/promotion, funding support, and establishing key partnerships that advance game use in new fields.

Here, we will look at G4C’s involvement in the Half the Sky Movement.

This movement seeks to raise awareness of women’s issues through multimedia projects.

G4C’s Half the Sky Project involves the creation of 3 mobile games – Worm Attack!, Family Values, and 9 Minutes – with the help of several developers and a key partnership with USAID.

iMedicalApps had the opportunity to talk with Asi Burak, the President of G4C, about the Half the Sky Project, the case study evaluating the 9 Minutes game, and the future of the project and partnership with USAID.

In this effort, select populations in Kenya and India were targeted for health-related interventions using mobile games. A market assessment of these populations showed a large prevalence of lower end mobile phones with basic data-transfer capabilities. The picture below is a common type of cellphone used.

The developers chose a simple, straight-forward design, with minimal size requirement (90 to 150kb). Most of the educational information used within the games came directly from brochures used by local NGOs.

According to Asi Burak, the brochures, although fruitful in content, tend to be linear and boring. He views the games as an opportunity to spread the general message through a more entertaining and engaging media format. As Mr. Burak put it, these games are by no means meant to be the silver bullet, rather a tool that can complement the work of local NGOs. 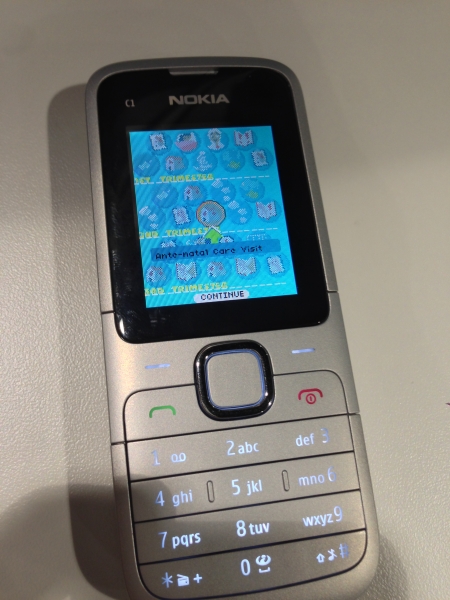 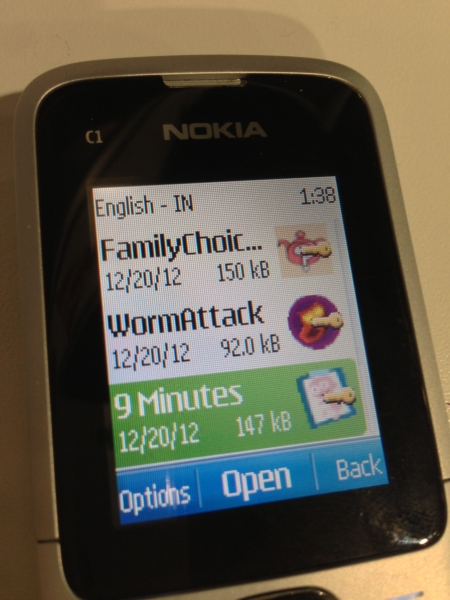 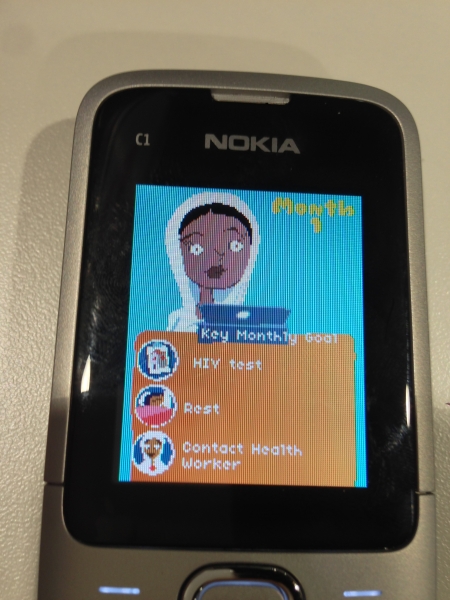 “Aimed at children 7 and older, players are tasked with keeping a growing number of boys and girls healthy by defeating the worms inside their tummies. They will gain awareness of the dangers of intestinal worms and learn about the simple de-worming solution that has had an incredible impact on children’s health and education.” [1] 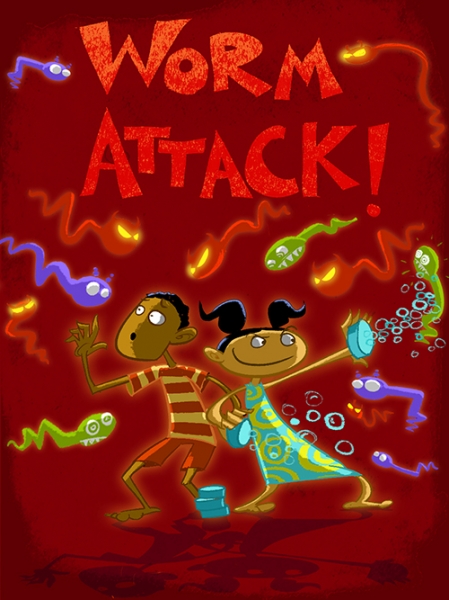 “A fun and interactive ‘soap opera’ with dramatic elements, Family Values is based on the narrative choices of ‘Choose Your Own Adventure’ games. The interaction will enhance the perception of a girl’s value to a family, with an emphasis on extending girls’ education, as opposed to child labor or early marriage.” [1] 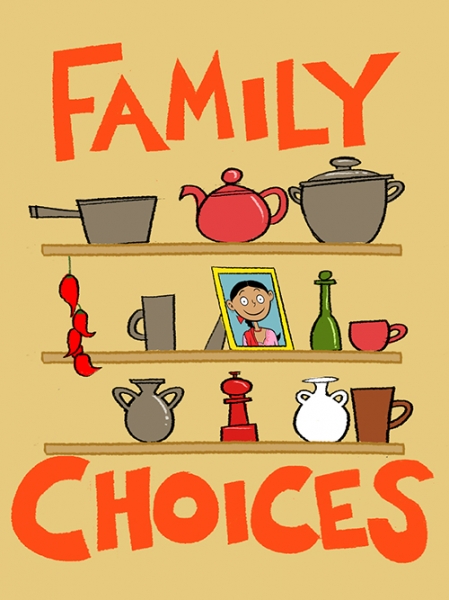 “Women and girls play out the adventure of pregnancy in a game that rewards them for keeping both mother-to-be and the baby inside her healthy and happy. Players will learn the principles of managing a healthy and successful pregnancy, compressing the nine-month process into a short and compelling game experience.”[1] 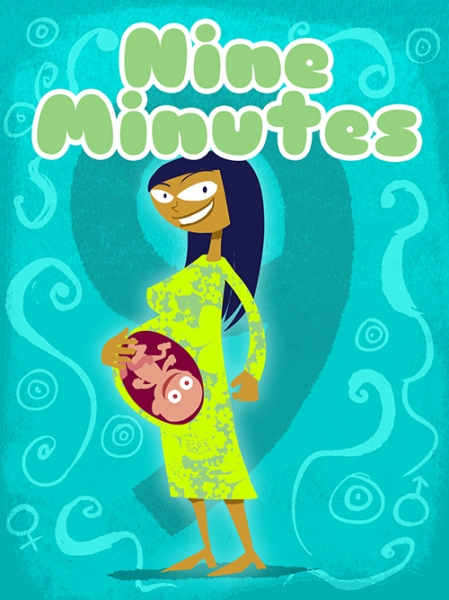 USAID sought to evaluate 9 Minutes in order to justify future funding and to quantify the effectiveness of social impact games versus conventional approaches. The study combines quantitative pre-game and post-game survey assessments, examining knowledge gained by the game, with qualitative focus groups, addressing attitudes and general feedback towards the game.

The target population included 608 married Indian women (18-44 y.o.a) that were pregnant or hoping to get pregnant within a year and 308 Indian men married to women of reproductive age. The graph below shows an increase in knowledge of good pregnancy practices comparing pre-test versus post-test after receiving the multimedia package which included playing 9 Minutes, watching an educational video, and participation in a discussion group.

From the focus groups, the researchers found that almost all participants enjoyed playing the game and that “participants liked the fact that the 9-Minutes game, in comparison with other mobile games they had played, provided them with information in an entertaining format.”

For a look at the full evaluation, click here. 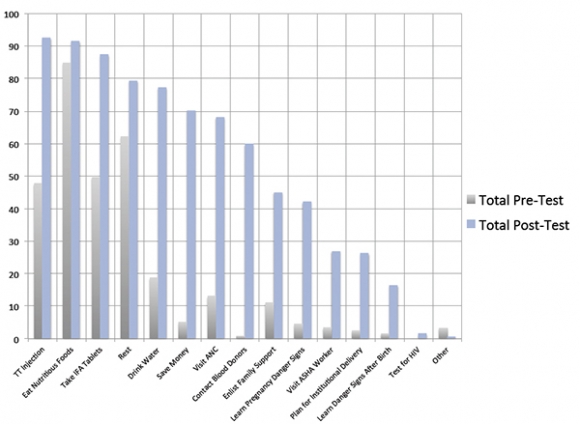 Although the results of the study are promising, it only gives us a snapshot of the beneficial effects of intervention on knowledge and not necessarily practices.

The study did not look at the effects of the game on appropriate outcomes, like folic acid administration rates or antenatal care visit rates. According to Asi Burak, this is only the pilot phase and the next phase may evaluate effects on outcomes.