SPARX aims to use gamification to help kids manage diabetes, asthma, and other chronic conditions

SPARX, a video game equipped with a 3D interface reminiscent of World of Warcraft, reaches out to children & adolescents to ameliorate symptoms of depression and anxiety. The game teaches cognitive behavioral therapy (CBT) techniques to help the game player reduce symptoms. Players gain experience by progressing through levels with such titles as Dealing with emotions, Overcoming problems, and Recognizing unhelpful thoughts.

Most notably, SPARX — which stands for Smart, Positive, Active, Realistic, X-factor thoughts — was featured in a British Medical Journal article, as previously covered by our team on iMedicalApps. A multi-center randomized controlled trial led by the University of Auckland and the University of Otago (New Zealand), found improvements in depressive symptom reporting and higher remission rates with SPARX than treatment as usual with face-to-face counseling in help-seeking adolescents with depression (n=187) in intention-to-treat analyses.

SPARX is now backed by LinkedWellness, a commercial start-up, and is aiming even higher. iMedicalApps spoke with Frank Otenasek, co-founder of LinkedWellness. His company has been featured in Inc Magazine, Time Magazine, Psychiatric Times, and Medgadget. We spoke with Frank about SPARX, their future plans for addressing co-morbid medical conditions, and how a behavioral science-based video game works from a business perspective.

Many apps on the market are already addressing depression and anxiety. What makes SPARX particularly unique?

Frank Otenasek: [Our group] created a real 3D fantasy RPG where you design avatars…and go on quests. As [players] go through the gameplay, overcome these obstacles, [and go] after power gems, [players] are taught and asked to practice these CBT technologies: relaxation, proper breathing, avoiding automatic negative thoughts, and thinking more constructively. I’m not a big gamer myself, but it’s the perfect delivery mechanism of therapy for young people where the biggest issue is that they won’t get help. The current forms of help [are either pursuing psychotherapy, which trigger] feelings of shame — because you have to talk to a stranger about problems — or [having] to take a drug. 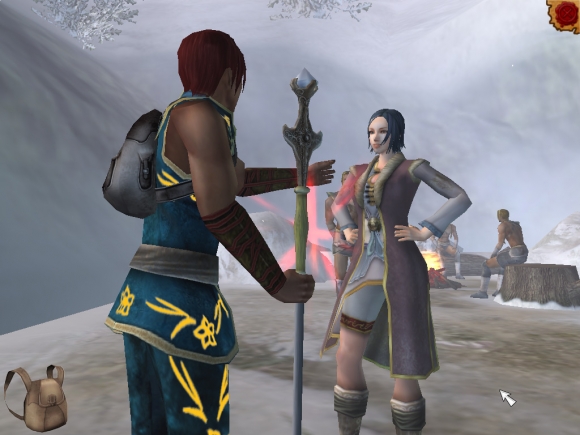 But doctors already have those options for psychiatric evaluations…and PCP’s can prescribe medications as well. Why should doctors consider SPARX?

Frank Otenasek: We’ve started reaching out to providers here in the U.S. and what we’ve heard [is] loud and clear. For many primary care physicians, pediatricians, they are usually the first medical person to detect a behavioral health condition in a younger person. The pediatricians are the first who say, “Hey, I think they have depression or anxiety.” [But their] options are limited, like writing an antidepressant or SSRI…or they can suggest to the parents to find a therapist, which means they have to find somebody who ideally has appointments available. In some cases, for people in more remote conditions, they might not be in close proximity! In many cases, the young [patient] won’t go because they feel ashamed or they face stigma.

What we hope to have is have an online form of treatment with a front-end diagnostic tool and a clinically-validated symptom assessment tool that can be used by a prospective patient to confirm that they are either mild or moderately depressed. Then, after [the measurements], they can begin to play the game and measurements are made halfway through the game, then again at the end of the game. They can see symptoms being reduced and achieve remission.

Right now it’s really a standalone version, and people can play it without a therapist or clinician overseeing it. We’re going to work on creating an adjunctive version for therapy, where doctors can prescribe [the SPARX game]. It’s 7 modules, at minimum, over 7 weeks. Each module is 30 to 45 minutes long. So down the road…it’s a minimum of 2 months that they will play, so a therapist can oversee or even deliver face-to-face care where they can.

The shortfall of the therapist is there can be no way to take care of everybody. There are a multitude of reasons why online forms of therapy have to be adopted! Some people aren’t going to get help because of stigma shame, [and] there are therapist shortages all over, and people who live in remote places. The cost is significant to see a therapist. For people who can actually find the right therapist and afford that treatment, that’s fabulous, that’s what they should do but it costs the system a lot. 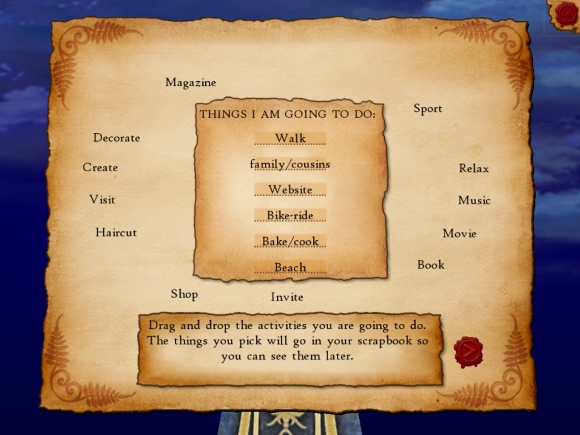 How will you reach out to get more patients involved?

Frank Otenasek: We’ll initially offer it direct to patients. We’re planning to market it to the users — young people 18 years old and over — and offer subscriptions to parents of young people who have a depressed son or daughter, but can’t get them to get the help they need to get better. We’re also reaching out to patient advocacy groups, NAMI, MHA, Active Minds, and also To Write Love On Her Arms (TWLOHA). [The latter is a site where] young people [help other] young people get through these mental health crises. 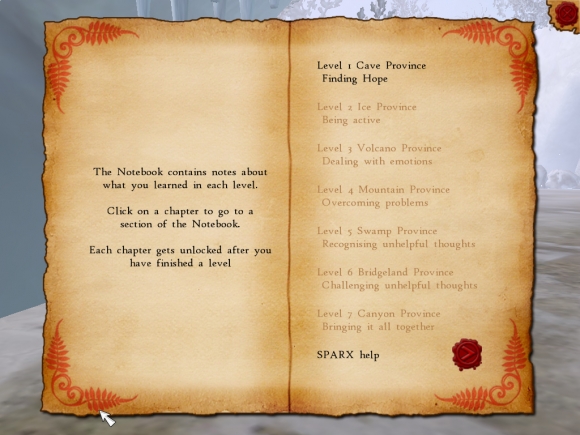 I see. For our readers who are interested in the marketing behind a medical app, what techniques will you be using?

Frank Otenasek: We’re initially going to market it [via the] web. My partner and director of marketing have extensive experience doing marketing. There are lots of channels … in the behavioral health space to recruit new clients. Down the road we hope to have providers and payers on board. We’d love to have doctors…glad to have a better alternative than what they can offer for depression and anxiety. Hopefully payers get comfortable enough with it that it’ll be the first form of help in stepped care–kind of the first line.

What’s in the future for SPARX?

Frank Otenasek: The original format was on a CD-ROM. [It’s currently available within Internet browsers.] We ported it to Unity, so we are partly done with creating an iOS and Android version. By the end of the year, we hope to have this Android and iOS version so that kids can access it.

We’re hoping to develop a platform to have e-therapy to treat all the common behavioral health versions: game and non-game versions. Our plan is to basically work with other partners who have clinical evidence that their e-therapies work, so that this would be the place where everyone goes.

Hopefully that would be the first e-therapy that would prove to many patients — and their doctors and then their insurers and payers — that this would be a valuable addition and another kind of treatment option to go along with medication, face-to-face therapy and other tools out there. [And] we want to develop new versions of Sparks designed to treat young people with co-morbid conditions: depression and diabetes. Or, asthma and anxiety.

That’s new. Why co-morbid conditions? There aren’t many apps out there that target both psychiatric & medical conditions.

Not only do you have a much higher incidence of depression and anxiety among people with chronic conditions, but it costs the system much more. [Data shows that] not only [are] there direct costs to treat the behavioral health conditions, plus indirect costs — disability, lost work [hours], lost school [hours] — but it significantly increases costs to treat comorbid conditions, like diabetes. People with behavioral conditions will cost 35-40% more just to treat their diabetes because they have trouble following their course of treatment because they are depressed. They don’t get the help they need.

We are going to be initiating trials hopefully in the beginning of 2014 for these more-targeted versions of SPARKS for these populations with comorbid chronic illness conditions. We’d like to have a version to treat population just with that…say, adults with a cancer diagnosis. A surprisingly high number of people who have this will develop depression.

Why continue to develop SPARX from a business standpoint instead of the realm of academia?

Frank Otenasek: What we’re really doing is [taking] the brilliant research and clinical evidence that Sally Mary and the University of Auckland created, and translating it to broader applications in the U.S. and North America. Sally’s desire has always been to help more kids with depression and anxiety, but hit funding limits. We’re bringing investors and experts at web marketing to design web properties to license and pay her in licensing fees for the use of it, because academic dollars are limited. We bring this expertise and capital, and market it to make it available to kids in the U.S. It’s estimated that 10 million young people less than 25 years of age have depression and anxiety, and 80% don’t get help.

One final question. Personally, why did you get involved in SPARX?

Frank Otenasek: [My co-founder and I] both have immediate families who suffer from mental illness, and we’ve seen how inadequate the treatments have been in the past, and how much suffering there is for patients who suffer with this and their families. We both have this personal connection and interest in seeing new and equally effective, accessible treatments to the millions of people who have behavioral health conditions. And hopefully, [we’ll] help [them] come out of the shadows.

Health 2.0 recently held their annual conference in Silicon Valley, bringing together business leaders and entrepreneurs along with physicians, empowered patients, and nurses making headlines with their new apps and software. The Health 2.0 organization has, since 2007, held conventions throughout the world, established local grassroots chapters of health technology enthusiasts, and provided media coverage of emerging companies and products.