iMedicalApps had the opportunity to attend the 2013 USC Body Computing Conference a few days ago. This week, we’ll share some of the highlights.

The 7th Annual Body Computing Conference kicked off this past Friday with a demonstration of BioGram, a mobile phone app that imprints vitality statistics onto Instagram photos.

In its current form, with the assistance of an AliveCor Heart Monitor case, a user can upload a photo onto Instagram that features a super-imposed, numerical representation of their measured heart rate. By displaying the heart rate related to a photo, BioGram hopes to convey a sense of emotion along with the visual imagery of the photo.

Several phones running a test build of the app were passed around throughout the audience, and everything ran exactly as promised. The entire process takes only a few extra taps and seconds more than it would to upload a standard Instagram photo.

Within the BioGram app, you take a picture with the camera (or choose one from the photo library), then hold the case with both hands for about 3 seconds to measure heart rate. From there, you can export the image to Instagram. A library of images created by BioGram can be viewed by searching Instagram using the #biogram hashtag. 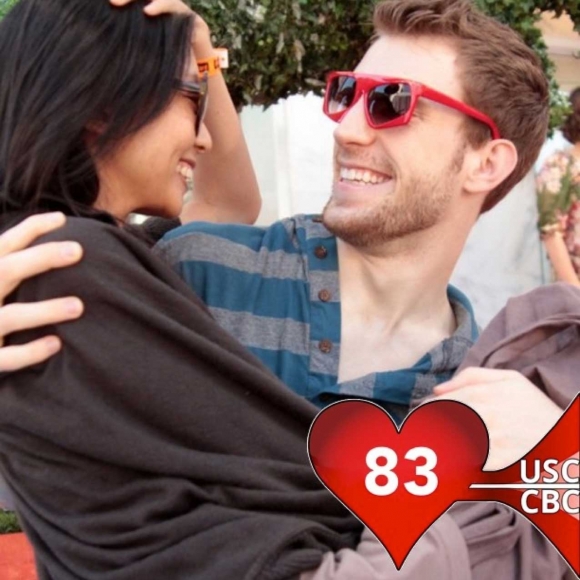 The app aspires to enhance and enrich communication with an existing, widely used social network. Its creators touted the fact that an objective physiologic response can communicate a certain emotional sincerity or authenticity to a photo, in a way that a standard image might not.

For example, an elevated heart rate could communicate feelings of excitement or love, when paired with a photo of a loved one or cherished item or setting. Furthermore, future iterations could display alternative biostatistics such as blood alcohol level, in order to capture one’s recreational activities.

Dr. Leslie A. Saxon, the Executive Director of the USC Center for Body Computing and the co-inventor of the app, sees BioGram as a first step in increasing health literacy among the masses. While it is currently enabled for the AliveCor Heart Rate Monitor and iPhone, the Center for Body Computing aims to make BioGram compatible with a variety of hardware, including devices (mobile phone, implantables, fitness monitors) and consumer products (automobiles, scales, refrigerators, and others). She states, “It’s about sharing yourself and becoming smarter about your health.”

Dr. Saxson hopes to make BioGram commercially available by the end of this year. With Twitter and social networks focused so heavily on real-time feedback regarding current events, biostatistics can provide insight into emotions also on a real-time basis. Similar to how TV shows or press conferences are measured by the number of worldwide tweets per second, imagine measuring the collective population’s heart rate response to the Breaking Bad finale or a dramatic World Series comeback win. The concept of using vitality statistics to provide authentic emotions offers intriguing potential, and obtaining such data should grow easier as the quantified self movement evolves.

This article is part of iMedicalApps’ coverage of the 7th annual Body Computing Conference, hosted by the USC Body Computing Center, which took place on October 4th, 2013.  The event showcases the cutting edge of digital health, in partnership with industry leaders and venture capitalists in biotechnology, telecommunications, entertainment, and design.

LOS ANGELES, October 4, 2013–The USC Center for Body Computing demonstrated its BioGram app today at its 7th Annual USC Body Computing Conference.  The app allows users to take their heart rate and post it on Instagram and its own photosharing tool.  The app, which is not yet commercially available, is the first time biostatistical information is integrated seamlessly onto a multimedia platform for sharing.

“BioGram can bring biostatistical information to millions of people through an existing photo-sharing platform, and it creates data experiences that are aesthetic and emotional,” said Dr. Leslie A. Saxon, the Executive Director of the USC Center for Body Computing and the co-inventor of the app, which was shown publicly for the first time today.  Heart rate is recorded from AliveCor’s Heart Monitor, which snaps onto the back of a mobile device to record, display, store and transfer single-channel electrocardiogram (ECG) rhythms wirelessly.  AliveCor opened its AliveCor Heart Rate API to the USC Center for Body Computing so the USC CBC—a digital health research and innovation center—could create the app.

Dr. Saxon said the app is a first step (she hopes to make it commercially available by the end of the year) in creating more health literacy.  It can be ported to any sensor maker. “More and more devices have connected or wireless sensors that can record a person’s biostatistical data, such as heart rate.  These devices include mobile phones, tablets, implantables, and fitness monitors, as well as consumer products, including automobiles, scales, refrigerators, and others.  We want to leverage this technology, and harness biostatistics, for fun—and for health.  It’s about sharing yourself.  And becoming smarter about your health.”

Currently, biostatistical data is generally confined to the sensor or the sensor software, and does not port to multimedia applications, such as social network sites.  BioGram acquires and shares the biometrics.  The app was co-invented and coded by engineers at the USC CBC.