The Misfit Wearables Shine activity tracker is unashamedly Apple-inspired. From its date of formation (founded on the day of Steve Jobs’ passing) to its name, (inspired by Apple’s “Here’s to the Crazy Ones” 90’s ad campaign) to its leadership (co-founder John Sculley is a former CEO of Apple Inc), the Shine pays homage to Apple’s embrace of both form and function.

From their own FAQ page, they proclaim that the Shine’s primary goal is to be a fitness tracker that is, “so beautiful, people would wear even if it wasn’t working.”  Misfit Wearables also has some medical pedigree, as co-founder Sonny Vu previously helped invent the previously reviewed iBG Star iPhone glucometer.

As the fitness tracker industry becomes more crowded with competitors, the Shine hopes to stand out with its good looks and high-quality design, while incorporating complex features such as sleep tracking.

“The world’s most elegant physical activity monitor” – the Misfit Wearables site proclaims. Promotional photos highlight the Shine as fashionable and versatile: worn as a necklace around a female model, clipped to the collar of a male model in a suit, worn on the wrist of a soccer player, clipped to the shoes of a dancer, and clipped to a swimmer’s suit. The Shine itself is a quarter-sized aluminum disc with a shiny silver edge. It feels solid but is virtually weightless. The face is smooth and uniform, with a circular array of white lights around the edge that beautifully light up when you double tap the surface. These lights function to first display how far you have progressed in achieving your fitness goal, and then tells you the time shortly after. The light animations are eye-catching and attractive. 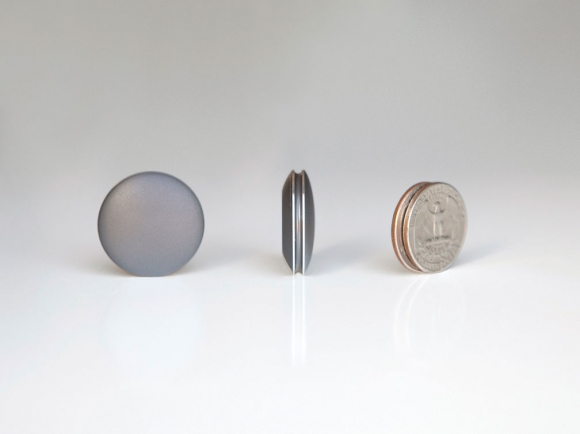 One of the Shine’s differentiating features is the fact that it can be worn in many different ways. Out of the box, the Shine ships with a magnetic clasp to affix itself to various surfaces and a sport band to wear it around the wrist. Regarding the clasp, one end wraps tightly around the edge of the Shine, and the other end of the clasp is a magnet that bonds perfectly with the back surface of the shine. You can clip it to a belt or waistband, attach it to a collar, or even loop it around a shoelace. The feel of the magnetic bond between the clasp and Shine feels right compared to the spring-based clips used in other fitness trackers. One disadvantage to the clasp is that occasionally the magnet will become disengaged (by brushing up against a bag, or while standing up), causing the Shine to fall out. 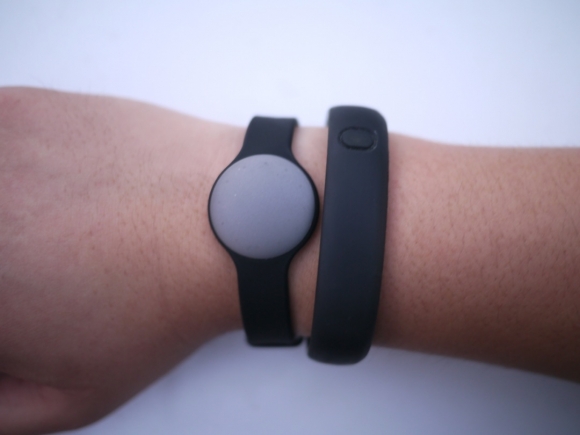 The included sport band is a very simple thin rubber strap that resembles a watch. In place of the watch face is a thin outline of rubber that holds the Shine. I enjoyed the sport band as well. While extremely simplistic, it is very thin and light, and fits very comfortably around the wrist. The overall fit and feel of the Shine as a wristband feels a little less burdensome than the FuelBand, and more akin to the Jawbone UP.

Since I already have grown accustomed to wearing the bulkier FuelBand, I found myself preferring the Shine’s sport band. Aesthetically, the band appears slightly feminine, as the band is thinner than most watches, especially with the growing popularity of larger watch faces for men. Other accessories you can buy for the Misfit Shine include a necklace, which turns the Shine into a pendant, or a leather watch band. Both accessories cost an additional $79.95. I did not get a chance to review either, but the necklace actually intrigues me because it might alleviate some concerns which I’ll describe later in the review. 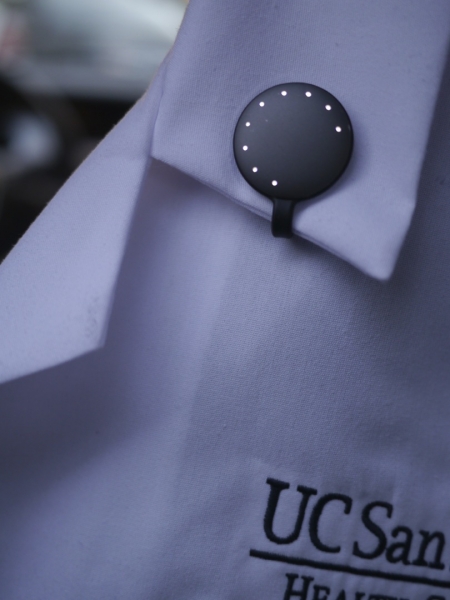 While I am far from the fashion police, let me share a brief note about the Misfit’s Shine fashion sense. The Shine is undoubtedly beautiful, but it falls short in its goal of being “beautifully wearable”, independent of its functionality. The smooth, rounded disc pleases the eye when placed on a table next to a Fitbit or an iPhone, but awkwardly stands out when clipped to a collar or lapel.

A beautiful gadget does not equate to jewelry. I found it most palatable as a thin wristwatch (in the sportband) or hidden from view clipped to my waistband, and would expect it to pass best as jewelry when worn as a pendant in the necklace accessory. Different from every major competitor, the Misfit Shine features a user-replaceable battery that does not require recharging. On one hand, the Shine will never need to be plugged in. The flipside is that you will need to swap out its battery every 4 months, on average.