Whether it’s the smartphone touch screens, the high-resolution Retina Display, voice-controlled personal assistants, or the initially mocked tablet, Apple has the ability of taking technology already present, and then making it the industry standard.

Amidst the many features that were touted on stage including upgraded cameras, faster processors, enhanced location-based transactions, two features stood out as being potentially game-changing to healthcare: Touch ID fingerprinting, and the M7 activity sensor.

Integrated into the iPhone 5S’s familiar home button is a fingerprint sensor. After acquiring industry leader Authentec in 2012, rumors swirled of a fingerprint sensor coming to the iPhone. Fingerprint sensors on laptops (and even phones) are not new. My Thinkpad in 2006 had a fingerprint sensor. However, they were slow to catch on because the hardware has been finicky, slow, and burdensome. According to early reports, the iPhone’s Touch ID sensor works flawlessly, not fazed by different angles and orientations. Obviously, only once the masses have had the opportunity to use Touch ID will we only know how well it works. 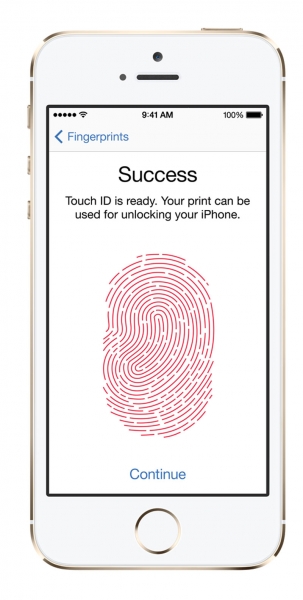 In this age of HIPAA, patient privacy and personal data is of the utmost importance. As more and more doctors are relying on cloud storage and smartphones for clinical practice, a misplaced iPhone could lead to legal headaches. Even at hospitals I’ve worked at that require password-protected lockscreens, many employees ignore these restrictions or find them burdensome. The goal of the fingerprint sensor goes beyond simply replacing a passcode: it aims to introduce security for the many users who never used a passcode to begin with.

In addition to simplifying the lockscreen, the Touch ID Fingerprint sensor also has the potential to replace the need for certain logins and passwords. For example, purchases from the App Store can authenticate the user via Touch ID. While initial reports suggest that the Touch ID will not at present allow for third party apps to utilize its sensor (likely for security reasons), the future potential for accurate, reliable Fingerprint sensors are fascinating.

For Physicians, the biggest benefit of Touch ID will be the time saved from no longer having to input your password. It will be up to IT departments whether they are okay with Touch ID use verses a passcode — but if they sign off, we Physicians will rejoice. The faster we can access our iPhones equates to faster patient care. 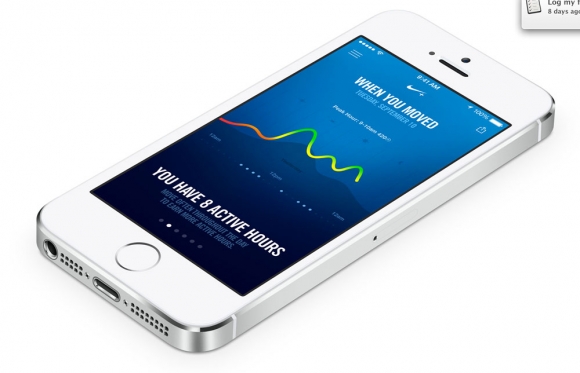 Unexpectedly, Apple also unveiled a new coprocessor in the hardware of the computer chip brains of the iPhone 5S: the M7 is “designed specifically to measure motion data from the accelerometer, gyroscope, and compass.”  Since its sole responsibility is carrying out these measurements, the M7 offloads the processing burden from the main A7 chip, allowing for power-efficiency while tracking physical activity.

As noted at CES 2013, the fitness tracker and quantified self market is booming.  At iMedicalApps, we’ve reviewed various products from Nike, Fitbit, and Jawbone, all vying for a piece of the growing pie.  However, as a whole, the fitness technology industry has yet to catch fire in the mainstream market, likely due to additional cost (anywhere from $99 to $249) and the requirement of an extra gadget to carry around.  If done well, the M7 coprocessor on the iPhone 5S, partnered with apps like Nike+ Move (a fitness tracking game app for the iPhone that was demoed on stage) could introduce fitness tracking to the masses.

Conclusion–Security and Fitness Technology Are the Future

The scope of the Touch ID fingerprint sensor and the M7 Activity Sensor is not limited to Apple and their customers.  Just as Siri has its Android counterpart in Google Now, and just as every hardware manufacturer makes a tablet, these new iPhone features have the potential to become standard for the technology industry as a whole.

One-touch fingerprint  access would be welcomed with open arms by health care workers who are juggling various logins and passwords — and has the potential to help us treat patients faster, even if it’s by just a few seconds.

With the M7 Activity Sensor, we have a new method to track patient data and health.  Along with checking our patient’s HbA1c, we might be checking their Nike+ app as well.