Here at iMedicalApps, we have been strong advocates of the use of augmented reality technology in medicine and surgery.

The latest example of augmented reality in an intra-operative situation comes from Germany.

Surgeons there are performing liver resections using overlaid images displayed on an iPad. 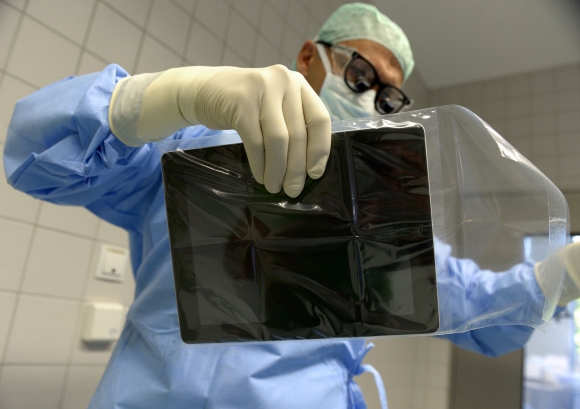 Developed by Fraunhofer MEVIS in Bremen, this procedure helps locate critical structures such as tumors and vessels and is expected to improve the quality of transferring pre-operational resection plans into actual surgery. 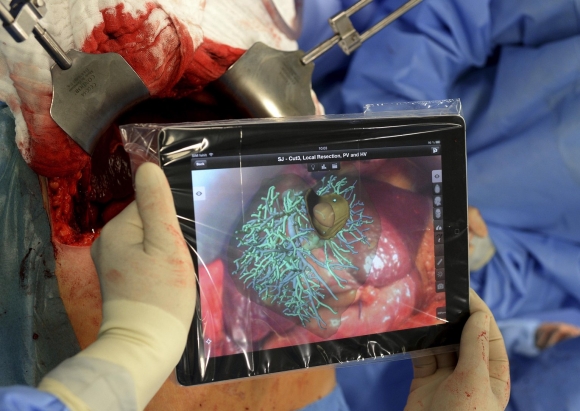 “Our new app now allows all planning data to directly show in the operating table,” says MEVIS computer scientist Alexander Köhn. Upon engagement in Hamburg, the doctors took advantage of another feature of the new app: With the built-in camera of the tablet they were able to view the liver during the OP filming. Then the real image appears using the data of the planning software – a ramified network of vascular systems, shown in different colors. ” With this feature, we can almost see into the body and make the tumors and the vascular system visible,” says Prof. Dr. Karl Oldhafer, Head of the Department of General and Visceral Surgery, Asklepios Hospital in Hamburg Barmbek.  ”With the new technology, we expect a better implementation of computer-aided surgical planning for tumor removal,” said Oldhafer. “The method has great potential. One can imagine it being used in the operation of other organs such as the pancreas. “ The basic version of the app was developed in collaboration with Alexander Köhn, a doctor at the University Hospital Yokohama. There it was first tested in late 2012 during an operation. ” The Japanese surgeons were very impressed by the capabilities of the system,” says Koehn.” They hope that this will reduce the complication and can shorten hospital stays.” 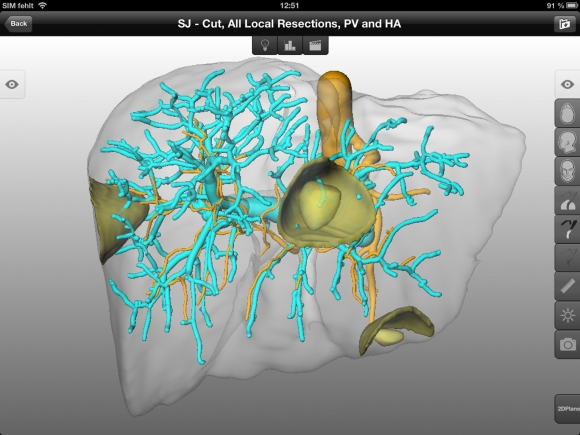 There is a video of the app being used in surgery available here.