We have seen Augmented Reality used in a number of medical apps; however, we have not yet seen it in any patient education apps.

EyeDecide is created by OrcaMD, a company renowned for producing a range of high quality patient education apps. OrcaMD has recently released a series of updates to their Decide series — some of which take advantage of augmented reality.

Augmented reality (AR) is a live, direct or indirect, view of a physical, real-world environment whose elements are augmented (or supplemented) by computer-generated sensory inputs such as sound, video, graphics or GPS data.

In the case of EyeDecide, the app cleverly uses the camera display to simulate the impact of certain conditions on your vision.

With EyeDecide, the developers use the camera to simulate the vision of a patient affected by a certain condition. In the case shown below, the user is demonstrating the impact of Age-related Macular Degeneration (AMD). However, there are also other AR options available for Cataracts. It is clear that trying to explain the impact of AMD and how it will affect vision can be quite challenging, though, with the aid of an app such as EyeDecide and AR this process should be easier.

The screenshots below demonstrate how the vision of a patient with AMD will progress. At the same time, you can see how the eye itself deteriorates on the right of the screen. 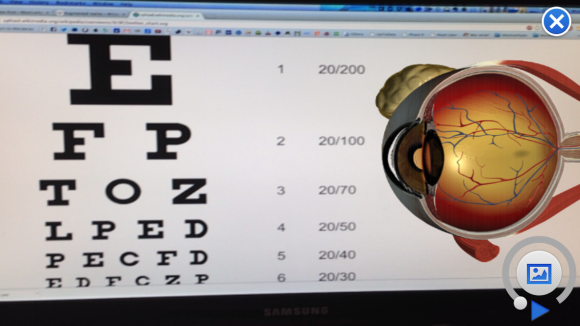 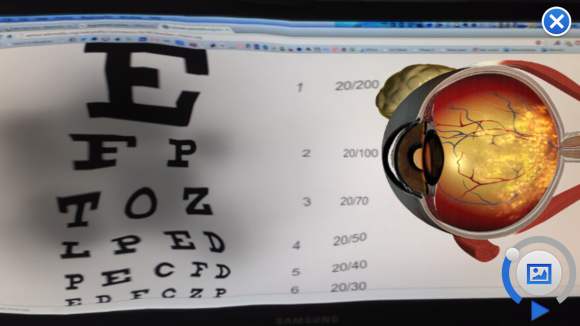 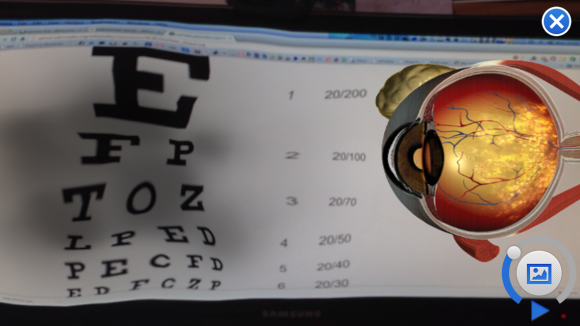 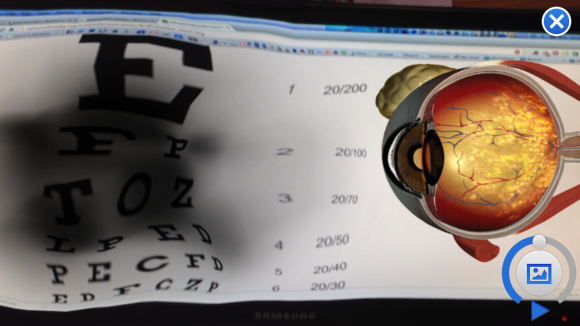 Some of the advantages of augmented reality in patient education are shown below:

Of course, there are also disadvantages of augmented reality in patient education:

It is great to see app developers like OrcaMD taking full advantage of the capabilities of modern mobile technology. Hopefully, other app developers will sit up and take note to see just how effective these tools can be when used appropriately.