As April 19th ended so did TEDMED 2013 and what a diverse event it was.

TED events seem to be able to gather passionate individuals from diverse backgrounds and interests.

It was exhilarating to have so many people reflecting on the future of medicine.

Join us for a quick recap on some of the things that went on during the 3 and a half day conference that took place at Kennedy Center in Washington, DC.

Danny Hillis, professor of research medicine at USC Keck School of Medicine and co-founder of Applied Minds, shared his experiences about how he first approached computers. He was trying to understand the human brain and realized that the only way he could properly study how intelligence works was by designing an artificial intelligence to use a model to learn from it.

Deborah Estrin, co-founder of Open mHealth, shared her insights on how even small data could be used by mobile carriers and physicians to create a package of pertinent information for our individual needs. While Rafael Yuste, from the Brain Activity Map (BAM) project, referred to mapping the brain as 21st century’s Moon landing.

Inside the Hive, the exhibition area of TEDMED 2013, we found CrowdMed, a company working on crowdsourcing medical diagnostics. Patients submit their cases and the site’s community votes on the diagnostic that they feel fits best. Since users are not required to have a medical background this is an interesting appeal to group intelligence. 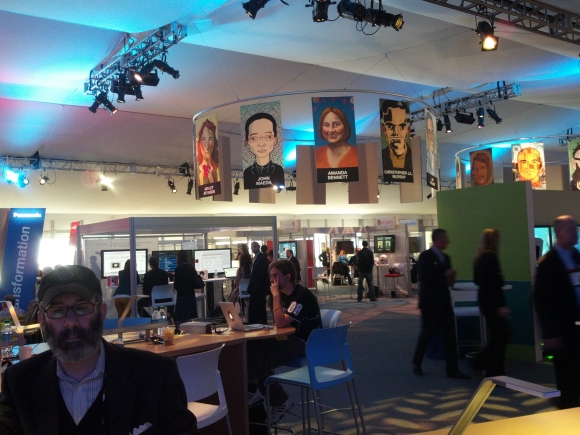 Amy Abernathy is an oncologist and palliative medicine physician. She shared some key aspects about patient data. She believes that patients need to own their data, they should be able to control how their data is used and that data needs to be portable across settings and uses. According to Abernathy, when these conditions are met we will find that patient data has a second life and since it’s a “non-depletable resource” we will be ale to use it in ways yet unthought of.

The mayor of Oklahoma, Mick Cornett, talked about how a website helped him fight a war on obesity. He launched a site called This City is Going on a Diet where citizens would pledge to lose pounds to help the goal of one million lost pounds. The site also provides users with food and health information, helping them make important decisions about their habits and how to stick to their diet.

Lab TV, a new TEDMED initiative was launched by Jay Walker and Francis Collins. Lab TV is an attempt to provide a first person point of view stories of the latest scientific advancements, aiming to educate the general public on what’s under development.

Among the stands at TEDMED 2013 we found Kaiser Permanente’s Augmented Reality Exam Room. A space where users could use an iPad application to point the device at an item found in the room and see an avatar explaining why it’s there and its contribution to the doctor-patient relationship. 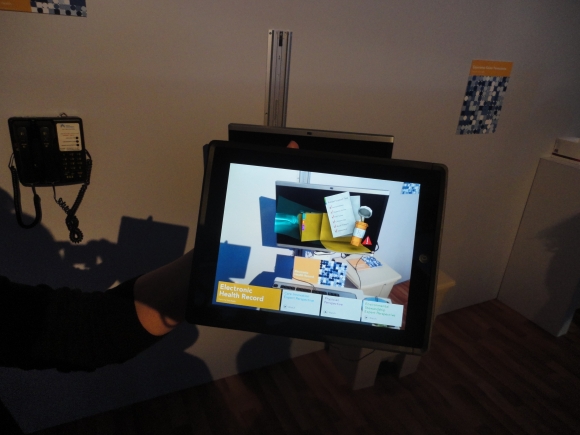 Ramesh Raskar explored the capabilities of smartphones to measure vision and prescribe corrective lenses. Christopher J.L. Murray from the Institute for Health Metrics and Evaluation (IHME), spoke about tracking programs to maximize health and using data visualization tools such as the one shown below. The possibilities this technology offers as real time graphs are created based on latest data could be potentially beneficial to researchers and physicians alike. 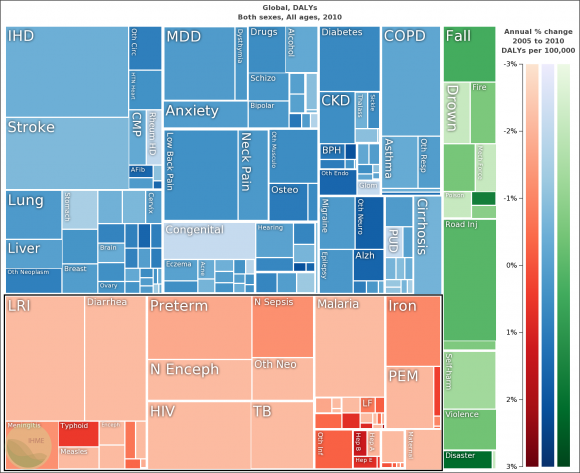 Salvatore Iaconesi, an artist, told his story of how he was diagnosed with cancer and decided to create an online community which ended up connecting people from all over the world. The site can be accessed using this link.

A team of medical students and engineers from John Hopkins had a display on “The SmartPhone Physical Examination”, a set of smartphone-based devices that collect clinical data ranging from simple readings of weight and blood pressure to more complex readings such as heart rhythm analysis and visualization of the back of the eye.

Isaac Kohane talked about i2b2 (Informatics for Integrating Biology and the Bedside). It is a scalable informatics framework enabling clinical researchers to use existing clinical data for research and, when combined with IRB-approved genomic data, facilitate the design of targeted therapies for individual patients with diseases having genetic origins. This technology is free and open source and could potentially allow us to have personalized treatments and make patient data count and work for that patient in addition to helping others.

An interesting idea was brought by Eli Beer, founder of United Hatzalah, whose approach to emergency medicine is centered around the notion that first responders should be as efficient as possible. He presented the Ambucycle, a motorcycle with a built-in a defibrillator, oxygen tank and the standard ER meds kit. He created “medical flashmobs”, groups of trained volunteers who live around the area where someone needs assistance and immediately run to help out.

Raghava KK, visual artist and TED speaker did a demonstration of what the fusion of art and medical sciences can obtain. He used an EEG device to capture and interpret the subject’s mood. According to these fluctuations, the shapes and colors of his interactive paintings would change. Another interesting use of the EEG technology our correspondent loved so much.

Emotiv Lifesciences is a neuroengineering company that brings to market affordable, consumer friendly, high-resolution, multi-channel, wireless EEG systems that also managed to add a very cool layer to TEDMED. Among the activities that they organized, one stands out. It involved supplying a small group of attendees with EEG headsets to wear while the sessions were going on. The devices recorded their level of engagement to the various talks and were able to produce a report as a result. 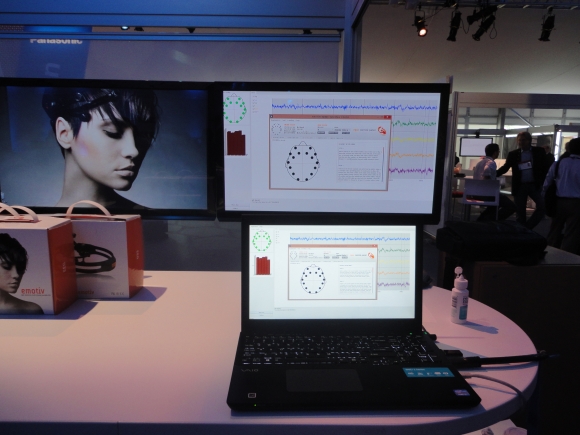 Now with the TEDMED over we can’t help to marvel about the benefits that various interdisciplinary approaches have to create a wider and more complete picture about the problems that healthcare will face in the following years and what the solutions to those problems might be. Congratulations to TEDMED for achieving a special atmosphere where great people can gather and share.