It’s also partly because the healthcare industry has an enormous amount of catching-up to do, encumbered by entrenched players and cumbersome regulations.

Aaron Sklar, managing director at HealthaGen, said during the user experience panel that more work had to be done when it comes to creating apps to influence health: “We’re at the very early days, and we’re all taking shots in the dark, to be honest, trying out different things…things we’ll try to figure out for years to come.”

However, lots of reasons to be optimistic exist. Government officials, businesses, and developers all want to bring forth change in this industry, as evidenced by this conference’s didactic sessions. From UX (User Experience), UI (User Interfaces), & U: Designing for Health to Dreaming of Data: Big, Open, & Interoperable, this event brought together key industry players: Microsoft’s HealthVault, Nuance, IDEO Design, the Department of Human Health Services, and many others. Conspicuously absent from this conference: physician groups, nursing organizations, and academic researchers.

Here is the first of our two part series summing up the conference. 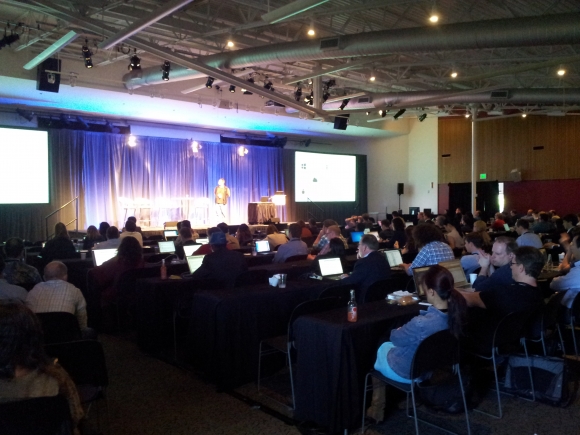 Sivak states that his group is attempting to make the NPPES (National Plan & Provider Enumeration System) file available, a file that has all of the information about healthcare providers in the nation. His group is also holding Datapalooza hackathons in Washington, D.C., incorporating Raspberry Pi hardware for device entrepreneurs. His particular department is attempting to catch up, since a lot of the backend systems they have are still 1970’s-era systems. This old technology is holding back their ability to update and liberate open data.

In the Dreaming of Data panel, speakers discussed the challenges of using data. Shahid Shah (@ShahidNShah, slides here), President & CEO of Netspective, also spoke on barriers, such as those enacted by government. He claims that it is a “myth” that integration is complex, that healthcare data cannot be integrated and requires large expensive vendors. Interoperability is hampered by a “permissions-oriented culture” where front-line clinicians can’t even access the data without an EMR getting in the way or a vendor blocking them from using the data.

“The largest EHR in the world only has a part of the patient’s world,” Shah claimed. 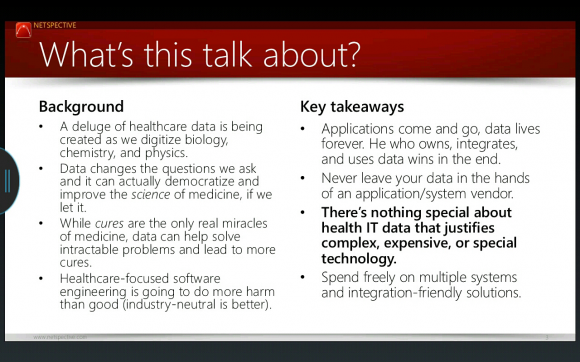 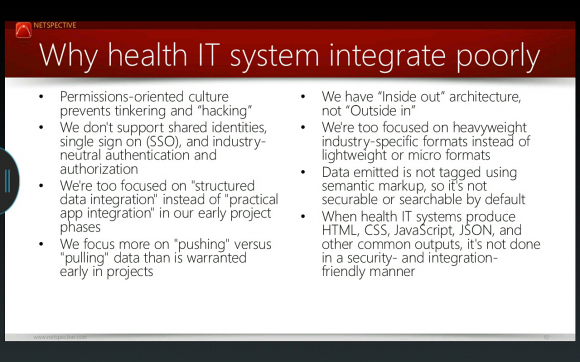 Shah further provided more strategic technical details on how developers and engineering architects can approach projects, encouraging developers to use standardized formats (such as HL-7 API’s) and use open source software. He doesn’t believe “incumbent” vendors should be the de facto companies dictating data sets. In fact, developers should focus on working with data instead of working with apps. All apps should be working with the same pool of “federated” data to prevent vendor lock-in according to Shah.

Chuck Freedman (@chuckstar), a director at Mashery, believes the current development trends include:

UX, UI & U: Designing for Health 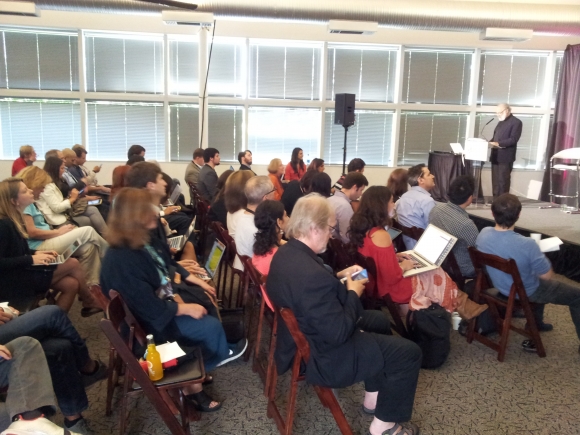 Although enterprise software — such as electronic medical records — aren’t well-known for their usability, consumer health technologies distinguish themselves and make themselves more attractive by polishing usability factors. In this case, the user interface (UI) as part of the whole user experience (UX).

The first step in good design is asking: What problem are we trying to solve?

Aza Raskin (@Aza), vice president at Jawbone, a device company, believes that creators often try to solve the wrong problems. Constraints can create lots of creative solutions, Raskin states. This creativity manifests itself in the 140-character limit of Twitter, haiku structure, and the constrained number of square feet in urban apartments. Asking the right questions can fundamentally change health and by following a very tight constraint, creators and entrepreneurs can have much broader thinking.

“The right questions to ask,” Raskin notes, “are (1) the ones that preclude reliable, already recognized answers, (2) that promote novel ones, that (3) help you fail forward.”

Raskin later adds, “Ask physicians for their problems, but don’t listen to their solutions.”

After asking the right questions comes the initial designs of the product. World-renowned design firm IDEO’s Gretchen Wustrack (@geewu) believes designers of successful healthcare products “lead with love” and learn to engage patients, to encourage patients to work with the product instead of close their ears.

Wustrack provides these key strategies, from the viewpoint of the user:

Wustrack adds, “One of the things I think about when starting design is ‘What’s the right mental model we want people to have with this service?’ I think focusing purely on health is the wrong mental model. Bedsider’s model was ‘this site will help you have a better sex life.'”

“Healthcare providers may think they’re transmitting all the right information, and most times, patients aren’t getting a fraction of that because [when they’re acutely ill] they’re in a vulnerable state. It’s complex information and they’re kind of compromised if they’re hearing news about a diagnosis, so there’s a lot that gets missed, and I think with my ‘Lead for Love’ idea, it’s for providers as well: empathizing where that patient is. Knowing that facts alone isn’t enough: I would contend that it’s not the first thing patients need. First, they need understanding. First, they need a hug. Then, they can engage with the facts and the regimens.”

Why do healthcare applications fail?

In the final closing UX/UI session, panelists discussed the pitfalls that bedevil healthcare app designers. One of the panelists, Alex Tam (@AlexTam), a user experience designer at San Francisco-based firm Frog Design (@frogdesign), works on gamification and rapid prototyping and was recently published in the book Innovations with Information Technology in Healthcare.

Raskin adds, “People making the decisions [of a product’s design] aren’t the people having to live with the ramifications of those decisions. Some guy so far removed from the [patient & provider] system that creates those products.”

Wustrack also notes, “Apps that frustrate me keep on asking me for data — and it’s work! It’s not really connected with my life. It feels like an additional step I have to do, and it doesn’t help me for what my real needs are.”

Though, there are opportunities for healthcare apps to thrive. Tam notes one golden area that app developers can target.

“Areas that are lacking [in apps create] the conversation between provider, caregiver, and the patient. I think that’s going to help people manage diseases. It’s not the 7-minute visit, but 3 months after the diagnosis or treatment. There aren’t lots of apps that help people along the way of long-term disease management.” 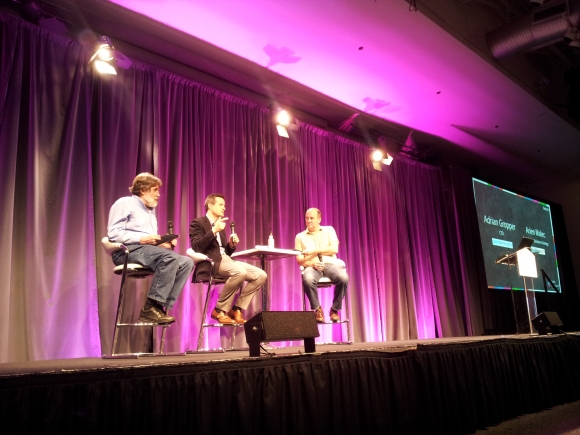