This new feature will save patients from having to show up early for every appointment to fill out check-in forms on a clipboard with insurance information and medical history.

ZocDoc will also save user information and automatically complete familiar fields so patients won’t have to refill the same information form after form.

“For us to be a trusted partner in maintaining this information is very important to us,” said Dr. Kharraz. “This has been a tremendous success with the patients we’ve offered this to because of the experience they have with us and the general orientation of the company in putting consumers first.”

The feature will only be available for about 10 percent of the platform’s users initially, but over the coming weeks that number will be ramped up until it becomes a standard feature for all doctors and patients using the ZocDoc platform. It won’t cost patients anything to use the new feature, and it won’t add to costs for physicians who use the platform to manage online appointment booking and marketing. 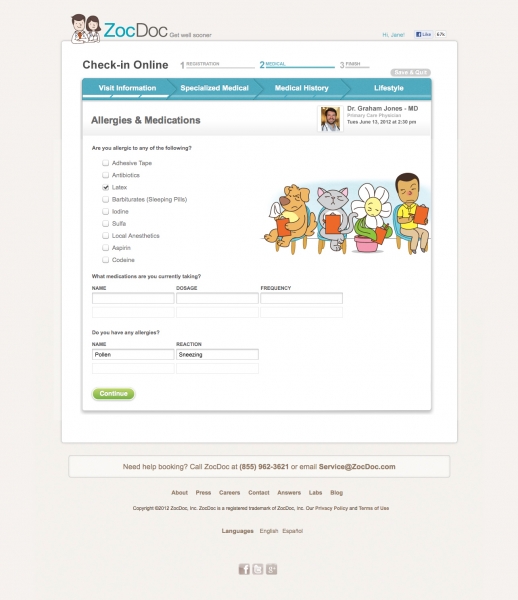 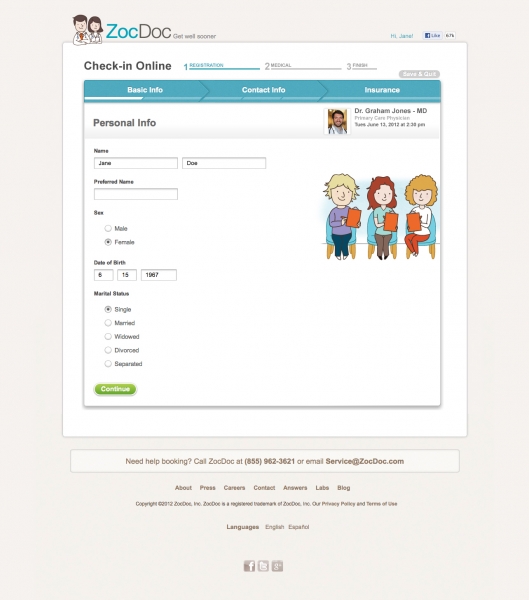 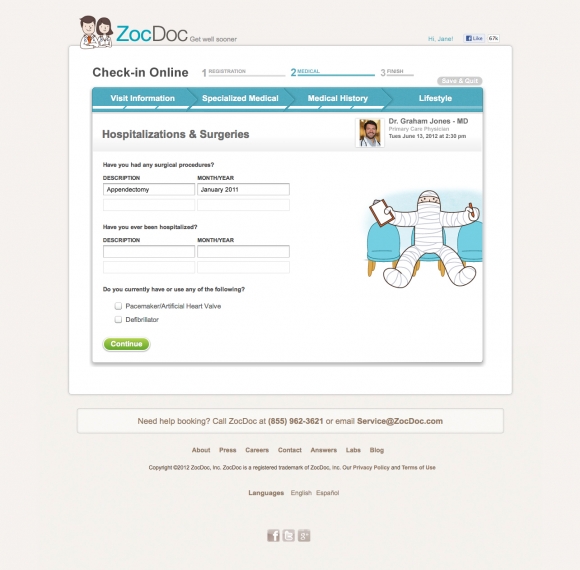 Since its launch in 2007, ZocDoc has raised $95 million from investors including DLP Global, Khosla Ventures, and investment bank Goldman Sachs and has been valued as high as $700 million. According to TechCrunch, ZocDoc covers 31 metropolitan areas, which covers a total of 1400 cities and one-third of the US population.

With emerging competitors like BetterDoctor arguably out-innovating ZocDoc, it will be interesting to see if they use some of their cash to acquire talent and/or users. Either way, I think consolidation is an inevitability for the physician search business.