While attending the M3 Mobility Exchange last week in San Diego I had a couple long conversations with Wesley Smith, Samsung’s head of sales for North America, about his company’s strategy for growth in health care.

What he shared was quite impressive and I left the meeting with a renewed outlook on the future of digital health and what to expect from the world’s largest original equipment manufacturer (OEM).

Imagine you are an entrepreneur with big ideas for a custom device aimed at the home health care market, but you lack the capital and competency to manage the complexities of the supply chain necessary to do it right.

The last option that would probably cross your mind would be approaching one of the other large OEMs to get custom devices designed and manufactured for your clients because you assume companies that size would never give you the time of day.

Just last week I thought the same thing, but it turns out both of us would have been wrong.

Samsung, heretofore primarily a B2C business, has recently made a concerted effort internally to shift its focus to the B2B side moving forward with a specific emphasis on developing custom connected devices for medical device and mobile health startups. Wesley Smith made it clear to me his focus is on saying ‘yes’ to all (or at least most) of the B2B clients the other OEMs would never give the time of day.

“Samsung has always been a retail-oriented business – with the primary point-of-purchase at Best Buy, Target, and other consumer electronics retailers – while other companies were aggressively growing their focus on B2B clients by engaging C-level executives in client organizations and creating a custom solution. The idea that has been driving our team is to change the culture to be more business friendly so our organization, the B2B group, brought in a lot of experts from the B2B world, from enterprise all the way down to small business. They brought me in for the health care vertical and now I have added several members to my team because health care has emerged as a big player in Samsung’s B2B success.”

“Custom devices is a great space where not a lot of OEMs show interest because it requires a lot of involvement, lots of labor, lots of security, to build a custom device for clients. We have found saying ‘no’ to be a quick way to getting nowhere in the B2B space, so our approach has been to say ‘yes’ when all of the other OEMs are saying ‘no’. Whether it be a request to develop custom hardware, custom software, or custom cables – all the other OEMs were saying ‘no’ – but if you come to me I really want your business so I am going to put together the right resources and fight internally at Samsung to provide you all of the services every one of my competitors is denying you as a business customer.”

This new focus on producing custom devices for B2B clients was a pleasant surprise as I believe it should democratize access to Samsung’s global network of suppliers, designers, manufacturing capacity and distribution channels on every continent. The company has positioned itself to become a startup factory if they so choose, and the implications for innovation in the mobile and body computing space are huge. Now Samsung should aggressively engage the entrepreneurial community to advance its new strategy of democratizing access to their B2B services.

One option to seriously consider would be launching its own accelerator, or alternatively becoming a lead sponsor at one of the existing digital health accelerators. As I will get into below, in the 15 or so months since assuming his position at Samsung, Smith has led a team that included Leslie Saxon’s Center for Body Computing at USC in the successful development and commercialization of a custom connected health device. Recently, Saxon indicated her lab’s intention to launch their own digital health accelerator, so its not unreasonable to presume Samsung could be a major partner in that effort, though this is merely speculation on my part.

If they want to bring out the best and brightest early stage entrepreneurs looking to develop custom devices, and if they believe they know how to judge a good, long-term client from a one off client, I would expect them to eventually realize the potential long-term benefit of taking an equity stake in the clients in whom they see the greatest potential.

Another avenue they could pursue would be allowing companies to use crowdfunding campaigns to fund product development, which could be a very interesting way to guide sales strategy in real-time and allow Smith’s team to prioritize resources to B2B clients with the greatest demand for their custom devices. 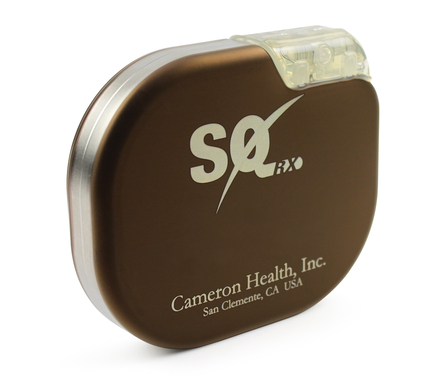 The product highlighted by the Samsung team at the m3Exchange was a new subcutaneous implantable cardiovascular defibrillator (SICD) developed in collaboration with Cameron Health (which was recently acquired by Boston Scientific) and the USC Center for Body Computing. The device is the world’s first SICD to use non-transvenous leads, which means it does not have metal leads inserted into the myocardium which can cause significant complications. Instead, it simply resides safely below the skin.

In addition to the implant, Smith’s multi-disciplinary team transformed a Samsung Galaxy S III into a customized personal device. The device encapsulates the medical grade antennae and miniaturized program radio board in a customized case around the S III, which then monitors the implant 24/7 using Near Field Communication (NFC) technology. The device will be also be paired with a physician device for remote re-calibration so the patient will no longer need to go see the cardiologist every 3 months.

Each time the subcutaneous defibrillator is set off, the cardiologist is notified and connected to the patient directly through a one-to-one video connection via the phone’s webcam to conduct an immediate assessment and take additional action if necessary. 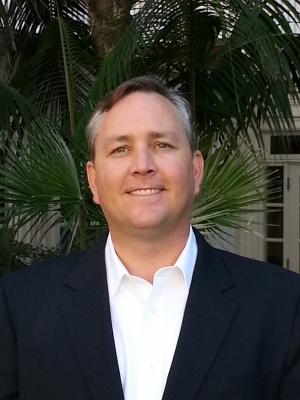 The custom Galaxy S III can also serve as the patient’s primary cell phone, but it will include parameters around what type of applications and data can be downloaded to the phone due to concerns about security and performance guarantees. To date, Boston Scientific has 8,000 of these SICD and companion mobile devices on order, all supplied with cellular/data connectivity through Verizon, and there are expectations for an additional 8,000 to be ordered at a later date.

I would encourage all entrepreneurs to attend the session co-hosted by T-Mobile and Samsung Mobile at the mHealth Summit on Monday 12/3 at 4:30pm EST, in which Wesley Smith will be participating as a panelist. I also encourage you to press Smith and his team to work with you to develop revolutionary new medical-grade body computing devices that will bring lower cost, higher quality medical care to patients around the world. To his credit, Smith has built a team well suited to work with entrepreneurs (at least in my totally subjective opinion) so don’t be shy and remember to THINK BIG.

The video below is a demo of the new SICD implant described above given by Smith and Ken Persen, Director of Software Engineering for Cameron Health at the recent M3 Mobility Exchange at the Hotel del Coronado in Coronado, CA.