Histology is one of the first disciplines that medical students are faced when they start their learning.

It is often a challenge considering that one has to become acquainted to quite a number of structures that are otherwise unfamiliar.

Now, hard study alone won’t help you see as you must train your eye in pattern recognition to distinguish all tissue samples, so it’s common practice for students to resort to atlases–which is why an Histology Atlas app is often considered a good idea.

Today we’ll take a look at an app developed by Italy-based Cansav Soft, a company founded in 2010 who develops mobile solutions for Android,  most of which are health related.

So let’s launch Histology Atlas and see what we find. Our main screen consists of a listing of all the samples the app has available and some banner space. 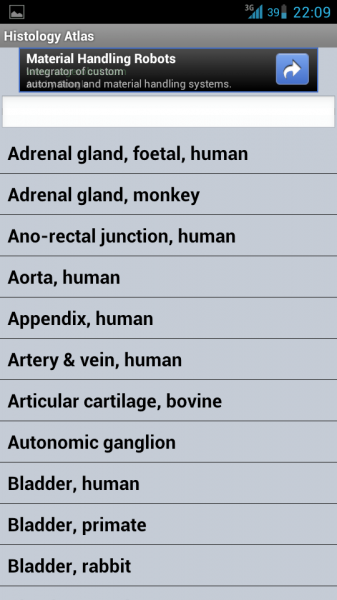 Now as we tap to select one from the list we see displayed before us a small image and thumbnails for other samples of the same tissue depending on whether or not other they are available. 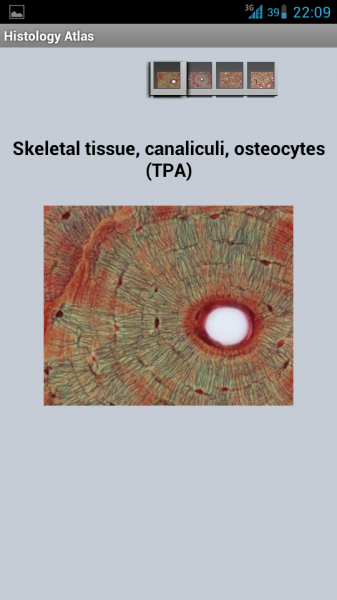 We also have the “About” section of the app where more information about the author and their work can be found. 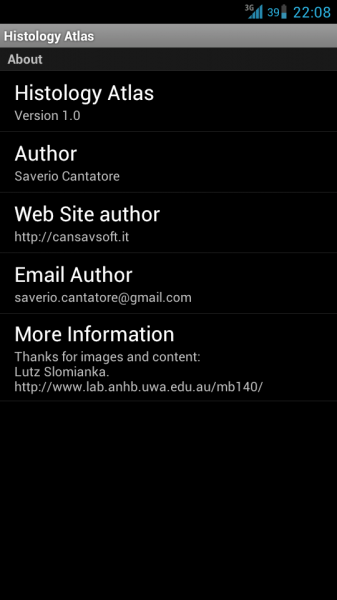 Histology Atlas’s selection of tissues is adequate because we can find examples of most common physiological tissues. The app does fare well on this regard; however, there’s one thing that just makes very little sense.

Seeing as this app asserts itself as an atlas, one would expect to be able to zoom in and examine the images more closely and yet such expectation is met with disappointment because the app does not feature such feature. One can tap the image and a screen where a larger image should be is displayed but instead one just stares at blank space– maybe the app is supposed to be downloading a heavy image but after several minutes of waiting over WiFi nothing came up. Histology Atlas also seems to randomly crash for no apparent reason. 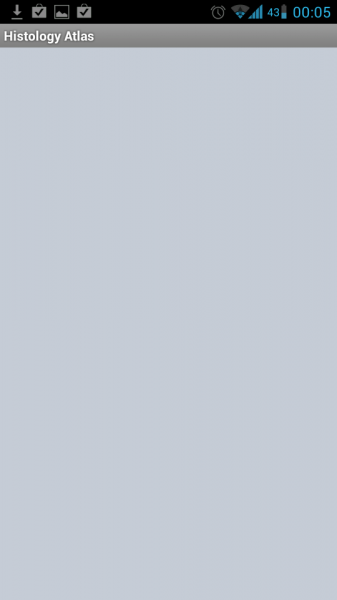 If you are looking for a good atlas to carry around I would suggest you to stick with your paperback edition because this app won’t cut it for you, however if you just want to take a quick look at some samples maybe you could milk some use out of this app.