HeartSounds Stethoscope is an app to avoid

Learning to recognize the different heart and lung sounds is a skill that takes a lot of practice so I’m sure students everywhere welcome any tool or app that makes this process easier.

There are several apps that try to help out in this regard and “HeartSounds, Stethoscope” is one of them.

We will take a look at them and tell you how it goes.

After starting the app, we are met with the main screen.

It containing the options to browse through the different sounds, start a Quiz, see the app’s license and its “About” section. 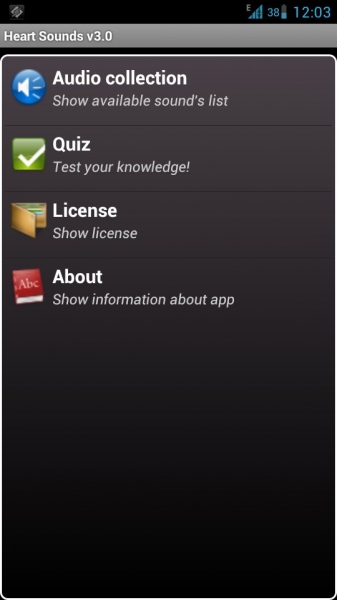 Before going any further in our exploration of the app, we immediately notice the blatant misuse of the English language: typing mistakes, grammar errors, weird turns of phrase and so on. It would seem that the “author” wrote the texts in another language and then did a Google Translate number on it or something like that.

Now, though being a native English speaker isn’t in any way mandatory or necessary to produce content in Shakespeare’s language, if we don’t master the language ourselves, we should at least have someone who does proof-read it to spare customers an experience like this one. 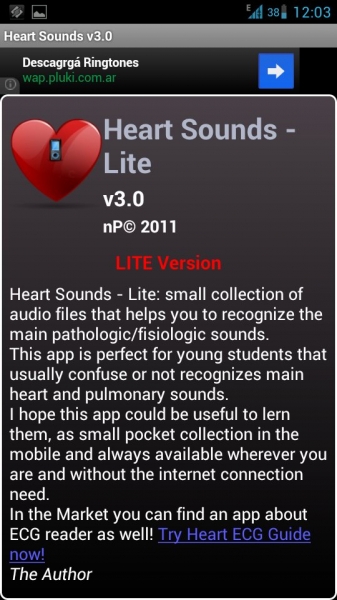 All sounds are grouped based on whether they are lung or heart sounds and no distinction exists on which are physiological and which are pathological. Given that the app provides no additional information on the different sounds, we could say that it acts merely as a not-so-fancy sound player with little to add for the student. 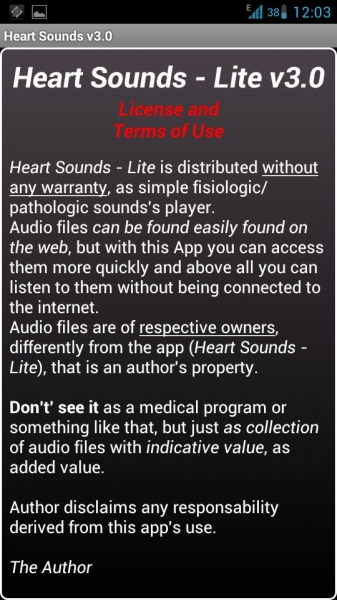 The selection of sounds on the Lite version is also quite odd as there appears to be no logic behind which sounds are available for the Full version. Why is it that I can’t listen to the third heart sound but I can listen to interventricular septum failure? Shouldn’t common sounds be something to give your free users while reserving less common ones for your paid users? 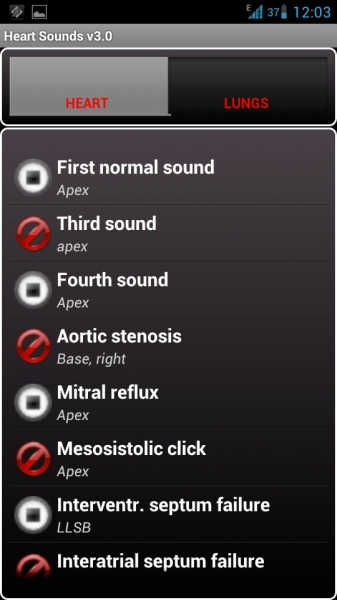 The quiz section is just a randomly generated multiple choice test where you are supposed to match the sound you hear to the right answer. There is no tracking of how many you’ve answered correctly and the test seems to go on for as long as you keep taping “next”. 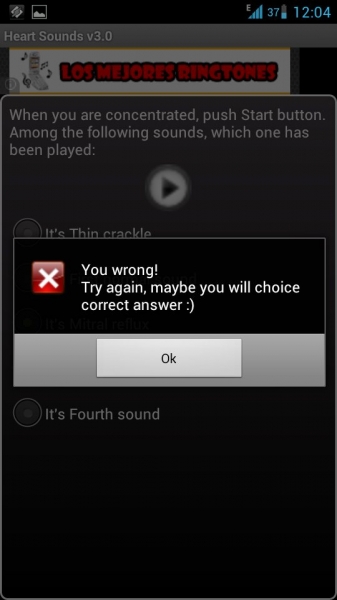 I was not overly unimpressed with this app, I know that the author states that it is meant to be simply a collection of sounds and nothing else but even on that regard the app leaves much to be desired. As I played around with “HeartSounds” I kept getting the feeling that whoever made it was not in any way related to the health industry and had just launched the app to make a quick buck.

I did some research on this developer and I have to say that what came up did very little to change my mind. I even found a review from Michael Wong, an iMedicalApps colleague on another one of NP’s apps which indicated that the poor craftsmanship exhibited on this app was common among NP’s apps.