Usability: There are about three main screens to know about while working within MobisleNotes: the note folders screen, the notes screen, and the note itself. This minimalist design lends itself to any easy usability experience for users.  Switching from checklist format to plain text is also intuitive and simple. 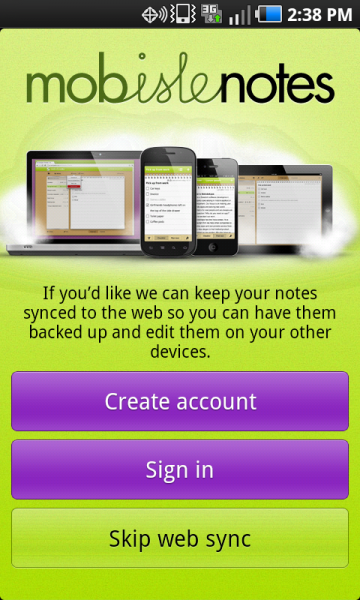 Aesthetics: Mobisle Notes utilizes soft colors (mostly greens and tans) throughout the app which makes it visually appealing to users. Nothing is too prominent or jumps out at you making it easier to concentrate on the not taking task at hand. Menu options are also short and manageable instead of lengthy and confusing.

Authority: MobisleNotes’ developers come from a Swedish company called Mobisle AB. This seems to be a trusted company that specializes in developing mobile applications for both Android and Apple devices. This information was found on the app itself under the ABOUT option which indicates that the company is aware of the importance of transparency in relation to mobile resources. 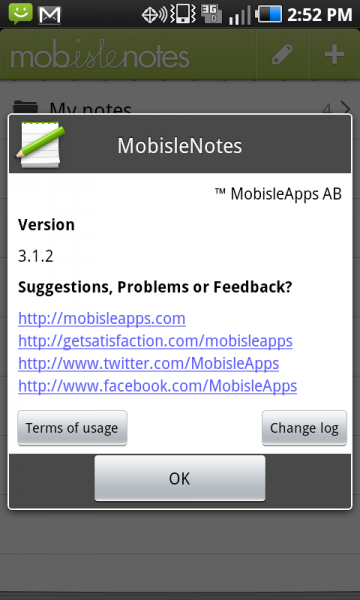 Stability/Updates: There are different versions of the app with updates pushed out my the developers consistently, which suggests that they are making efforts to improve or enhance the resource. Backup of your notes can be performed on the device’s SD card or with a web synchronization. The web sync saves information to your online version of MobisleNotes at mobislenotes.com. Automatic syncing must occur but it’s unclear how often by looking at the app settings. 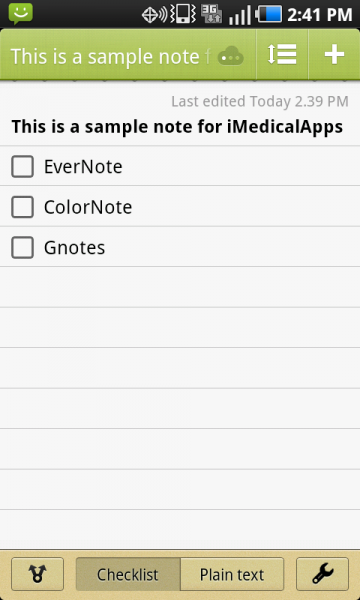 Relevance: MobisleNotes offers some outstanding features that are useful in terms of security and sharing. In the settings option user can create a password to be used on notes designated as locked down. This requires a password to be entered each time the note is tried to open; an added security measure in the event the device is stolen or lost. MobisleNotes also has some extensive sharing features. Users can choose to share read-only copies or collaborate on notes with their colleagues. This sharing can be done through other note taking apps, cloud storage apps (i.e. Google Drive), social media applications (Twitter, Facebook), and email. 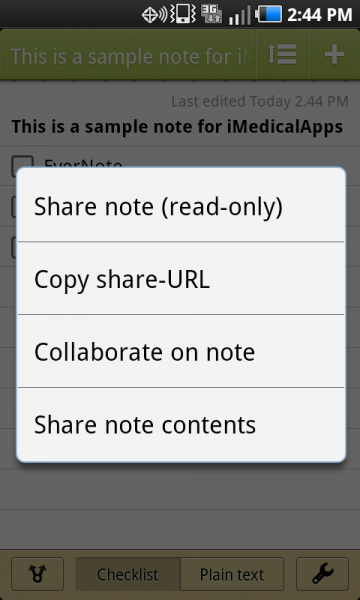 Quality of Content: Each page within MobisleNotes has an About option where users can learn about the version of the app they are using as well as some terms of use and website URLs/contact URLs. The content found in the Settings option is detailed, informative, and helpful to the user successfully using the app. 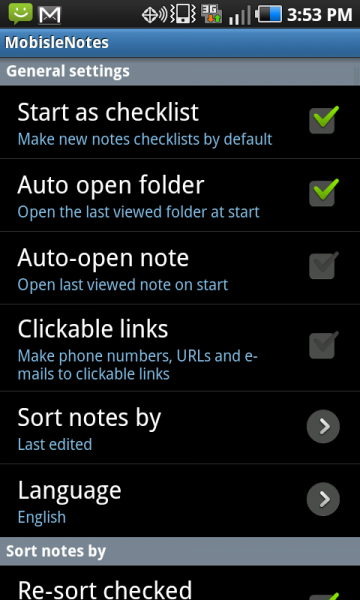