“The Academy is structured as a three-year curriculum with strategic thinking workshops and collaborative peer groups designed to help innovators navigate the many challenges of building a sustainable growth business in the health sector. We believe there is great power in these networks and in the model of bringing together the community of innovators, customers, investors, and partners we have organized to transform healthcare.”

Over the next decade, StartUp Health is on a mission to help build 1,000 sustainable growth businesses in health and wellness tech and create 100,000 jobs in an effort to find new solutions to drive down healthcare costs, improve people’s health and reimagine and fix a broken system.

“We’re seeing a broad spectrum of innovation and great diversity in the types of companies being built at the early stages, but to really move the dial and create more sustainable growth companies, we are creating a more efficient way for health entrepreneurs to navigate the dips and leverage opportunities along the way,” said Unity Stoakes, co-founder and President of StartUp Health. “The Healthcare Transformers selected to join the StartUp Health Academy represent an experienced group of leaders and pioneers paving the way and who will inspire a new wave of solutions over the coming years.”

Startup Health announced their first class of Healthcare Transformers in May, and plans to launch at least one more before the end of the year. The addition of these 12 companies makes 22 total companies in the Startup Health portfolio, 11 based on the east coast and 11 on the west coast, which cumulatively have raised $35 million in total venture capital.

I have spent the past couple months working with the Startup Health team as a Fellow, which has given me an opportunity to get an inside look at all the big ideas the the group is currently incubating and its vision for transforming healthcare by supporting the most talented health tech entrepreneurs. I am very excited to be a part of the team and thrilled to announce this new class of world class entrepreneurs. 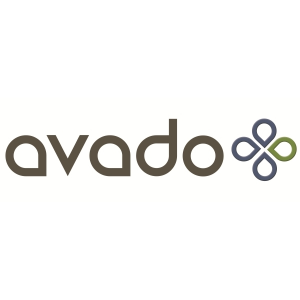 Dave Chase and Bassam Saliba (Avado) – Dave and Bassam are entrepreneurs on a mission to make it easier for patients and providers to communicate. Together, Dave and Bassam co-founded Avado (@avado), a Patient Relationship Management system dubbed “GPS for Healthcare” that is the next generation, EHR-neutral patient portal built for the new requirements facing healthcare providers such as medical homes and Accountable Care Organizations.

In addition to his role as CEO of Avado, which is headquartered in Seattle, Dave is co-editing and writing a book for HIMSS on patient engagement and is a regular contributor to Reuters, Forbes, and TechCrunch. Previously, Dave founded Microsoft’s healthcare platform business leading it to be the underlying technology for the majority of healthIT systems. Bassam, CTO of Avado, has held leadership roles in companies such as Microsoft, Scalix Corporation, and Fidesic including selling one business to CheckFree for $1 billion. Learn more at avado.com. 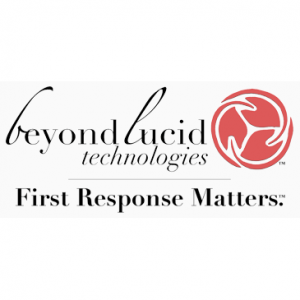 It is the first electronic patient care record system built specifically for disaster management, including integrated satellite-based GPS that works both online and offline (i.e., when the network shuts down), and telehealth capabilities that let care providers access prehospital data within 30 seconds, making patient pre-registrations possible at last. Jonathon and Christian co-founded Beyond Lucid Technologies in 2009, while completing their MBAs at Carnegie Mellon University, which is an early investor in the company. Dell and Microsoft are partners, and the company received an NIH grant in 2010 and participated in Rock Health. Learn more at beyondlucid.com.

Rebecca Woodcock (CakeHealth) – Rebecca is an entrepreneur on a mission to help people save money on healthcare by bringing transparency to health expenses. Rebecca is the founder and CEO of CakeHealth (@cakehealth), a free web service that makes it easy for people to understand and manage all their health expenses. Rebecca was recently named as one of “15 Women in Tech to Watch in 2012” by Inc. Magazine. CakeHealth, based in San Francisco, is a Rock Health graduate and has raised seed funding from prominent investors such as 500 Startups, George Zachary and Kirill Sheynkman. Learn more at cakehealth.com. 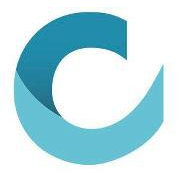 Alan Blaustein and Nancy Snyderman, MD (CarePlanners) – Alan’s passion for healthcare solutions began with his thymic cancer diagnosis in 2005. Frustrated with the limited resources available to effectively navigate the healthcare system, he leaned on his longtime friend Dr. Nancy Snyderman, NBC’s Chief Medical Editor, for support. After Alan’s recovery, the friends realized there was a need for a service to help patients and  caregivers make better decisions amid the healthcare system’s many complexities.

In June 2012, they launched CarePlanners (@careplanners) to provide patient and caregiver navigation, coordination and organization solutions through a nationwide team of healthcare experts (e.g. – registered nurses, social workers, Medicare experts, insurance and billing specialists, and other healthcare advocates) and a sophisticated set of online decision-making support tools. CarePlanners is headquartered in New York City. Alan, an attorney to the burgeoning Internet marketplace in the late 1990s, was also one of the Internet’s earliest entrepreneurs, holding senior leadership positions at About, Flexplay, and OpenSky. Dr. Nancy Snyderman is a surgeon, a caregiver, and a journalist. Learn more at careplanners.com.

Sherwin Sheik (CareLinx) – Sherwin is an entrepreneur on a mission to leverage technology to disrupt, disintermediate and improve the entire in-home caregiving service delivery industry. Sherwin is the founder and CEO of CareLinx (@carelinx), an online professional caregiver network that provides solutions to help consumers & institutions easily find, screen, manage and pay caregivers who match their specific needs and budget. CareLinx is well positioned to capitalize on the growing demand for caregivers with the aging of our population. CareLinx, headquartered in San Francisco, has raised $1.5 million to date and has several thousand caregivers in its network across the United States. Prior to founding CareLinx, Sherwin was a successful healthcare analyst and trader at a Hedge Fund. Learn more at carelinx.com.

Steven Eisenberg, MD (Chemotopia) – Steven (@drseisenberg) is a serial entrepreneur and physician on a mission to make cancer suck less. Chemotopia (@chemotopia), headquartered in San Diego, CA, is the first application that prepares patients for every aspect of the journey through chemotherapy treatment. Chemotopia offers a supportive community of real patients helping and learning from one another and timely and pertinent information for cancer patients as they go through the different stages of chemotherapy. Steven is also a co-founder of California Cancer Associates for Research and Excellence (cCARE), California’s first statewide private practice of medical oncology, and Lyrical Life which is dedicated to using personal connections and music as a part of a patient’s healing process. Steven’s unique approach to cancer therapy has been featured on the Today Show. Learn more at chemotopia.com.

Mitesh Patel, MD, MBA, Sachin Nanavati, and Derek Juang, MD (Docphin) – Mitesh, Sachin, and Derek are a team of physicians and entrepreneurs on a mission to transform the way we practice medicine. They co-founded Docphin (@docphin), a platform for healthcare providers to personalize, share, and connect through medical research, while enabling hospitals to meet new accreditation and funding requirements. Mitesh (CEO), Sachin (COO), and Derek  (CTO) launched Docphin nationally in May 2012 at three medical centers and by August it had spread to over 35 of the top health systems in the country including Harvard, Penn, Johns Hopkins, Stanford, and UCSF.

Docphin has partnered with several national organizations including the Association of American Medical Colleges (AAMC). Docphin is a graduate of Rock Health, is a 2012 DCtoVC finalist, and is based in New York City. Learn more at docphin.com. 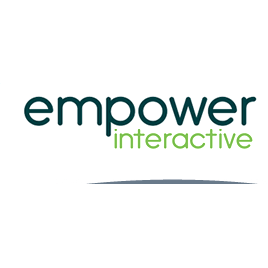 Eve Phillips (Empower Interactive) – Eve is an entrepreneur on a mission to reduce the cost and accessibility of behavioral health solutions and transform evidence-based psychotherapy. Eve is the co-founder and CEO of Empower Interactive (@empowerco), a telehealth and e-learning company, which is headquartered in San Francisco. Eve has held product, strategy, and business development roles in companies such as Microsoft, Zazzle, and eCert, and has also been a member of the investment teams at Amadeus Capital Partners, Vector Capital, and Greylock Partners. Learn more at empower-interactive.com. 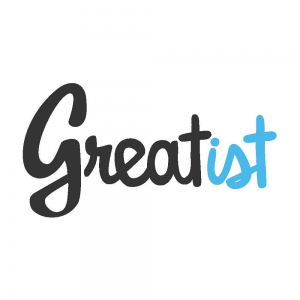 Derek Flanzraich (Greatist) – Derek is an entrepreneur on a mission to make everyone a “Greatist,” someone who simply makes better choices for their fitness, health, and happiness. Derek is the founder and CEO of Greatist (@greatist), the fastest-growing site in the health and fitness space with nearly 2 million unique users per month.

Greatist, launched in 2011 in New York City, is the first brand to focus on creating a new type of high quality social content consumers can trust. Greatist has been seen on TIME, Fortune, Forbes, Mashable, Men’s Fitness, TechCrunch, The Wall Street Journal, and Health Magazine. Prior to Greatist, Derek was at Clicker.com (acquired by CBS) and NBC Universal’s Digital Entertainment Strategy & Operations. Read Greatist’s Health and Fitness Manifesto at greatist.com. 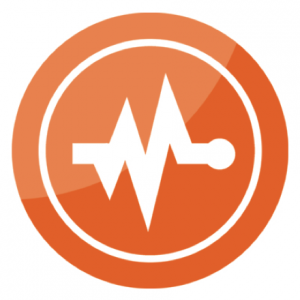 Venkat Gullapalli, MD (Medikly) – Venkat is a physician, pharmaceutical marketer, and serial entrepreneur on a mission to reinvent how pharmaceutical brands communicate with healthcare professionals (HCPs). Venkat is the founder and CEO of Medikly (@medikly), a turnkey enterprise platform provider that helps bridge the digital gap between pharma and HCPs. Medikly is headquartered in New York City and its customers include top-10 pharmaceutical companies and healthcare marketing agencies. The company is growing quickly and is backed by Strategic America and the digital health accelerator Blueprint Health, among others. Learn more at medikly.com. 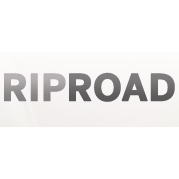 Eric Leven and Aditya Verma (Rip Road) – Eric and Aditya are entrepreneurs on a mission to make patients better by making them better patients. Eric is the President and CEO of Rip Road (@riproad), Aditya is the COO. Based in New York City, Rip Road develops personalized patient health management programs enabling providers and health plans to engage patients on their mobile devices so that patients learn to communicate with their providers, actively manage their health conditions, and adhere to their treatments and health regimens.

Prior to Rip Road, Eric co-founded the Common Short Code Industry in the US for text messaging. He has also worked for multiple startups including Mainspring, which was sold to IBM, and Europe Online Networks, which raised over $100 million. Aditya has led the development of mobile communications efforts for several major brands. Before launching Rip Road, Aditya helped AT&T Wireless launch text messaging and mobile web in the U.S. Learn more at riproad.com. 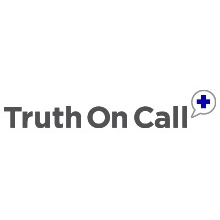 Rosina Samadani, PhD (Truth On Call) – Rosina is a serial entrepreneur on a mission to improve communications in healthcare between physicians, industry, media and the government. Rosina is the founder and president of Truth On Call (@truthoncall), a mobile market research service that engages with verified physicians in real-time via text. Rosina is also the founder of Capella Advisors, a strategic consulting firm to  the healthcare industry providing support of product commercialization, portfolio strategy, market entry, and business development.

Prior to her current roles, Rosina worked at McKinsey & Co. serving in the healthcare practice supporting efforts ranging from clinical development to product marketing. Truth On Call is based in New York City. Learn more at truthoncall.com.