Paul Pauca knew that raising a child with disabilities would be challenging, but he didn’t know that a simple app he created for his son Victor would impact thousands of people worldwide.

Paul’s son Victor, a spirited six-year-old with Pitt Hopkins Syndrome, suffers severe developmental delays, including those that affect his speech.

He used a communication device called SuperTalker at home and school, but when the device broke, his father decided to take matters into his own hands.

Paul, an associate professor in computer science at Wake Forest University, began toying with the idea of developing an iPhone app to aid Victor in communication. His students were eager to work on such a project, and soon Verbal Victor was born.

Verbal Victor is an iOS app that works similarly to many existing communication devices. A selection of buttons is displayed on the screen, each with a corresponding picture, such as a plate, a cup, or a swing.

Pressing the desired button plays a recording that says things like, “I’m hungry,” “I want to swing,” and “I want to play outside.” 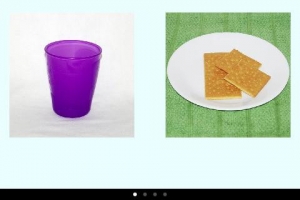 The app is also fully customizable. Parents can create their own buttons and recordings depending on their unique child’s wants and needs. They may even use different languages. 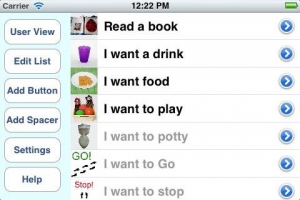 Perhaps the most amazing feature of the app is the price. At just $6.99, Verbal Victor is affordable for just about anyone with access to an iPhone or iPad. This is in contrast to cumbersome conventional devices that can cost hundreds or even thousands of dollars. Speak for Yourself, a communication app for the iPad we wrote about a few months ago, was priced at $299.99 – still a much better bargain than a communication device, but outrageously expensive compared to Verbal Victor.

Verbal Victor has been met with overwhelming response from parents and families, and has sold several thousand copies worldwide. People have used it to help loved ones with a range of disabilities, including autism, ALS, and Parkinson disease.

Mobile apps have proven to be extremely beneficial for people with communication disorders. Compared to bulky, expensive communication devices, apps are convenient, portable, and more easily accessible, especially in more resource-poor areas of the world. In a quest to improve his son’s life, Paul Pauca has created an app that has made a lasting difference in the lives of people with disabilities and their families.