One aspect of using a mobile device in a hospital which has not been thoroughly researched is the potential infection risk and cross contamination from using this device around multiple sick patients. It is highly recommended to thoroughly clean your device using antibacterial wipes but this is not always effective. One potential solution is to use a case which offers some form of integral anti-bacterial properties or improved cleaning access. Tough-PAC is one such case which iMedicalApps was fortunate enough to test and put through its paces.

Tough-PAC is a case and stand combo which was designed with healthcare professionals in mind. This robust iPad case is made out of polycarbonate and comes with an anti-bacterial substance called Biomaster which is integrated during the manufacturing process. The case can also be wiped down with antibacterial wipes which won’t damage the iPad. All open ports have been eliminated from the Tough-PAC case, seals are used on all case closures so the iPad is protected against fluid and dust exposure. 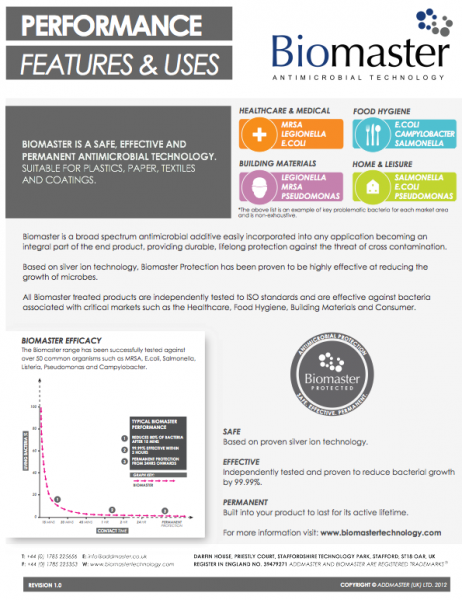 Opening the box presents the user with the case which comes in two parts, screen protector, the docking station, instruction manual and a collection of small screws and stopper bungs. The case is split into two parts, one part which contains a foam protective insert and a female USB port whilst the other half contains a space for the screen protector and cut outs for the home and sleep buttons. Assembling the case was relatively straightforward with the user placing their Apple USB cable in the back portion. This means that the iPad can be charged by placing the Tough-PAC case in the docking station. The foam was of a decent thickness and certainly looked like it would protect the device in the event that the case was dropped. The main difficulty in assembly was finding a Torx screwdriver to fit the screws supplied. I am not sure why this was done but it did mean that assembly was considerably delayed. The quality of manufacture was high and the 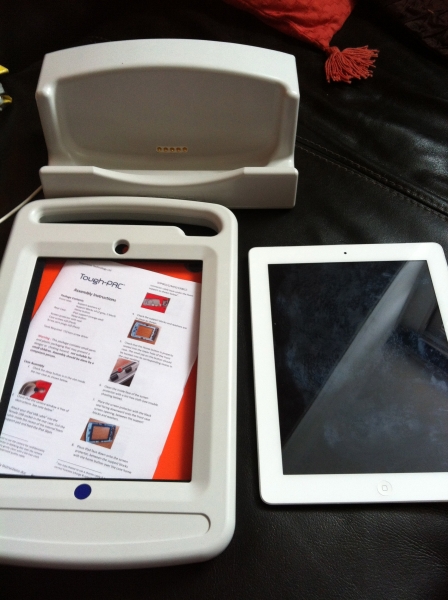 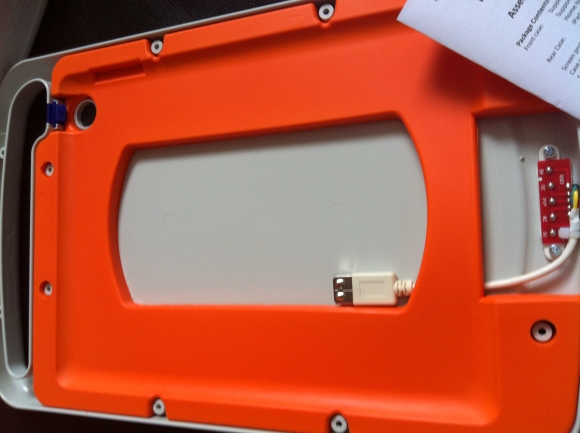 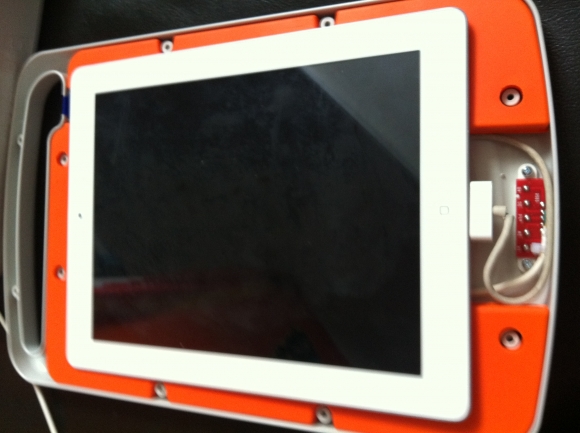 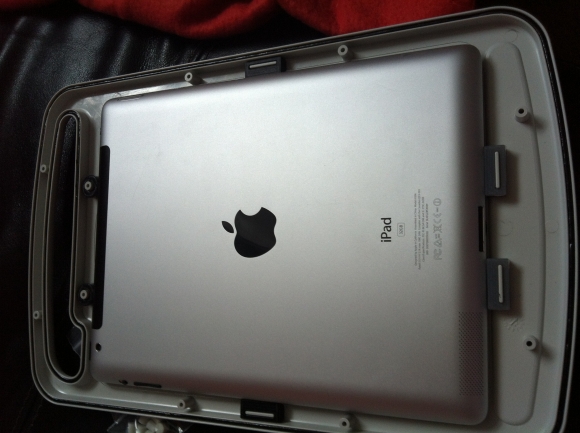 First impressions with the case assembled were generally positive. The carry handle did make the unit easier to carry around on the wards although overall the case did significantly add to the bulk of the device. This increased bulk may prevent the device being lost in a clinical setting although it does add significantly to the form factor. The screen protector was a relatively good fit although I did find that sometimes the screen was unresponsive particularly in the corners. There is a port at the back for the camera and space at the front for the front facing camera. 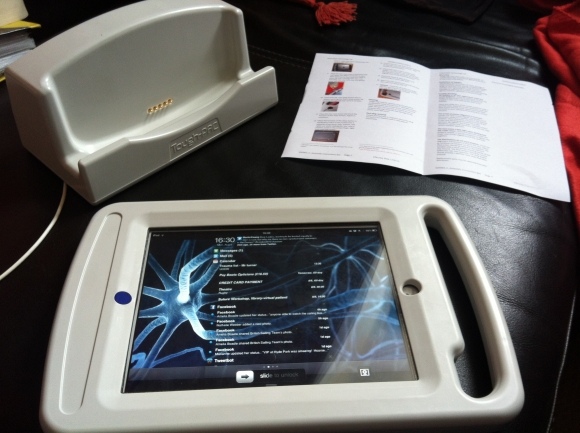 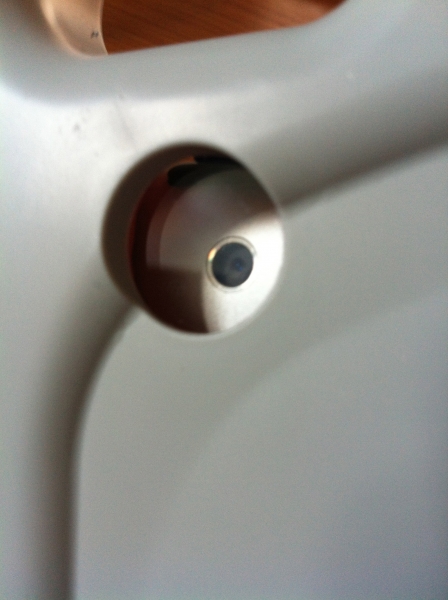 The home button and sleep button were both easily accessible on the case although it was unfortunate that there was no headphone jack. On the same subject, any sound from the internal speakers sounded muffled and unclear whilst the iPad was in the case. This would affect users who may use this feature whilst using the iPad in the case.

The docking cradle supplied was quite large although it could hold the Tough-Pac case in either a horizontal or portait orientation. The cradle itself has a charging mechanism which connects to the Tough-PAC case allowing you toi charge your iPad easily. I did feel that the dock was too light and I didn’t feel confident that it would support the iPad if I accidentally knocked it whilst it was charging. The charging attachment to the cradle was a standard USB port which could plug into your existing Apple plug. I had mixed successes syncing my iPad using the dock and I am not sure if this is completely supported.

Potential improvements could include the addition of a carrying strap and potentially added weight to the charging cradle.

Price: Tough-PAC can be shipped to the USA although at present there is no US distributor but are seeking one. Tough-PAC (case & cradle) retails in UK at £128.70+VAT, there are discounts for larger quantities.