The teenage years are an awkward, emotional time for many people, but for some, these are the years in which clinical depression first rears its ugly head.

In fact, up to twenty-five percent of people will have experienced depression by age 19.

Unfortunately, many teens do not receive the help they need for their depression due to restricted access to mental healthcare, fear of stigma, or other reasons.

Researchers in New Zealand, led by associate professor Sally Merry at the University of Auckland, have developed a computerized CBT program in the form of a video game called SPARX (Smart, Positive, Active, Realistic, X-factor thoughts).  SPARX is an interactive computer game in which the player creates his or her own avatar and plays in a first-person role to fight off GNATs (Gloomy Negative Automatic Thoughts) that plague a fantasy world. The game consists of seven levels that teach the player different skills such as controlled breathing, dealing with negative emotions, problem solving, negotiation, and asking for help.

Though its effectiveness has been demonstrated in adult patients, there have been few studies on computerized CBT in younger patients. Still, given that games appeal to children and adolescents, SPARX seems set up for success in treating depressed teens.

Indeed, a randomized controlled trial published this year showed SPARX to be at least as effective as the usual treatment for adolescents with mild to moderate depression. 94 adolescents (aged 12-19) underwent computerized CBT via the SPARX video game for four to seven weeks, while 93 underwent usual treatment for their depression. Most participants in the treatment as usual group were treated with face-to-face counseling by psychologists and counselors, but a small number were prescribed drugs or put on wait lists for treatment.

Change in severity of depression was measured after the interventions by several different scales, including the children’s depression rating scale-revised and the Reynolds adolescent depression scale-second edition, among others. None of these measures showed SPARX to be inferior to usual treatment.

As compared to treatment as usual, SPARX actually showed a significant difference in improvement of depression on the Kazdin hopelessness scale for children and the mood and feelings questionnaire, as well as remission rates.

You can read the entire study here. 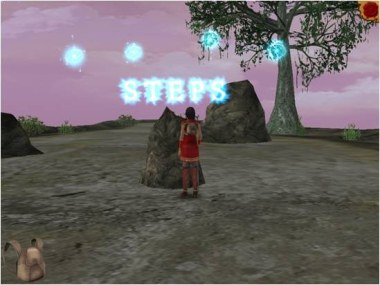 This study shows promise for computerized CBT presented in video game form, particularly for adolescents and young adults. This kind of CBT could also be useful for improving teenagers’ access to mental health treatment, especially those who are unwilling or unable to participate in face-to-face sessions.

The power of gaming to improve health, especially the interactive and entertainment aspects, is becoming more and more apparent. A few months ago I wrote an article about Re-Mission, a video game about battling cancer that improved patients’ motivation and adherence to treatment regimens. Games like SPARX and Re-Mission teach young people about their illnesses and empower them to take control in an engaging and fun way.