RealWorld Orthopaedics, an elegant and useful app for learning how to read musculoskeletal x-rays

RealWorld Orthopaedics, while not sufficiently comprehensive or well-organized to act as a standalone reference, is a handy tool for learning how to read orthopaedic plain radiographs.

The ideal target audience would be medical students and residents in orthopaedic surgery, radiology and emergency medicine.

This app was produced by Hyperexis and designed by Christian Iorio-Morin, with the University of Sherbrooke in Quebec. It’s available in English and French for the iPhone 3GS or later, iPad, iPod touch 3rd generation or later, running iOS 4.2 or later. The iPhone and iPad versions are the same in content, with minimal variations in format.

After a quick splash screen, the iPhone app opens to a list of diagnoses, sorted by anatomic location. The iPad version, on the other hand, opens to the About the app/developers screen, and requires the user to click on “Atlas” on top to reach the same screen as the iPhone startup. Check out the iPad review here. 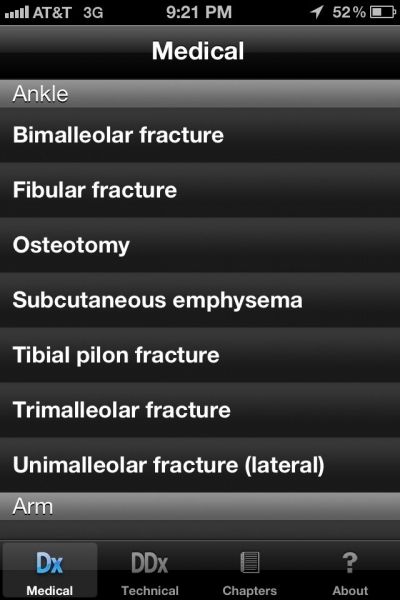 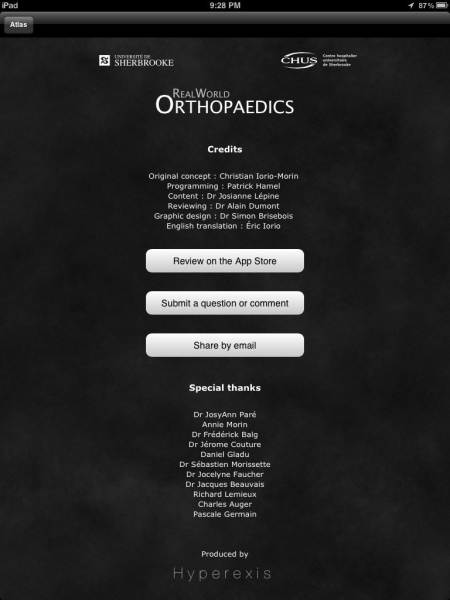 The UI is not particularly intuitive on the iPhone compared to theiPad, but it’s easy to get the hang of it after clicking around a bit, since there are only a few options to select. The bottom of the screen shows four tabs:

1).  The “Dx Medical” section organizes x-rays by anatomic location and diagnosis. This is the default section into which the app opens, as is appropriate, because it is the most useful. It should be noted that some of the “diagnoses” in this section are actually just radiographic findings, though, such as “subcutaneous emphysema”and “intraarticular swelling.”

Thus, not only are certain cases found under multiple different diagnosis headings, making the app appear much more comprehensive than it really is (e.g., the elbow section lists 11 diagnoses, but really only includes 6 different patient cases), but the listed diagnosis themselves can also be quite misleading. For example, the case for “fibular fracture” in the “ankle section is actually a pilon fracture: 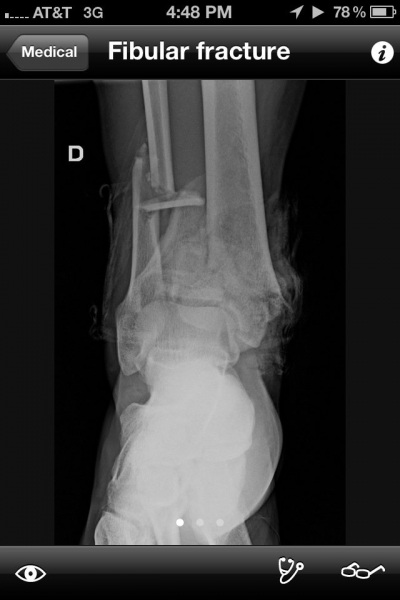 OK, sure, this patient does technically have a fibular fracture, but could you imagine having an open pilon come in and telling your attending you have a 37 year old male with a fibular fracture? This example was particularly puzzling, when you realize that they have a perfectly reasonable isolated lateral malleolus fracture case that could have been used instead.

Furthermore, some of these diagnoses don’t actually exist on the films like in this case entitled “Rolando fracture” that is really an anticlimactic 5th metacarpal boxer’s fracture. 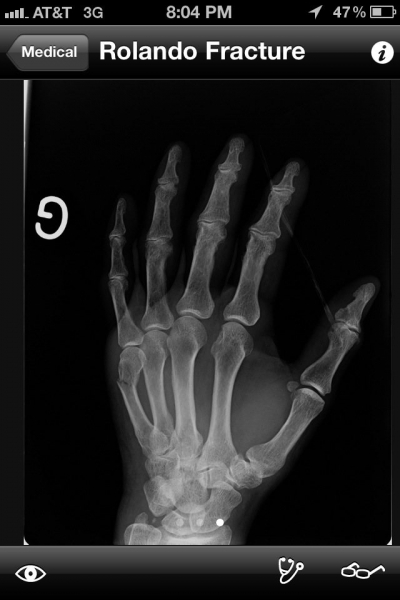 After squinting and puzzling over these films for a while, I realized that they had marked the location of a theoretical Rolando fracture, labeling it as where a Rolando fracture would be, and then classified the films under “Rolando fracture.” 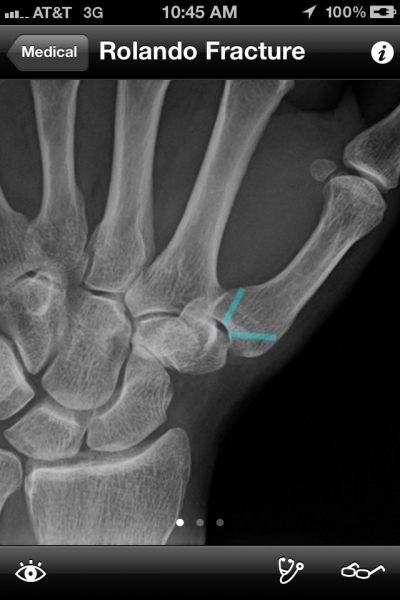 Can you really do that? The funny thing is, the case actually entitled “Boxer’s fracture” is not even a boxer’s fracture, either. 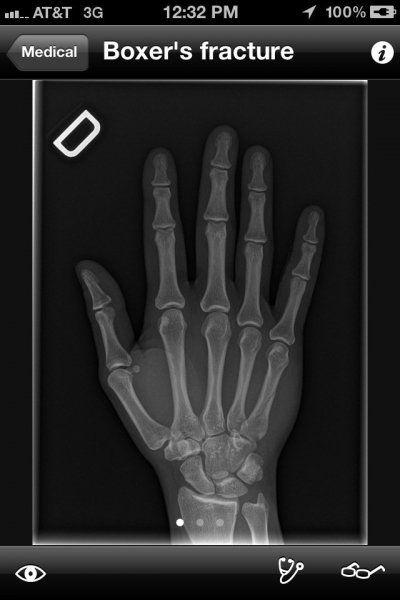 There are also some weird issues with the classification of some diagnoses. For example, under the “Wrist” section is a diagnosis entitled “Kirschner wire.” 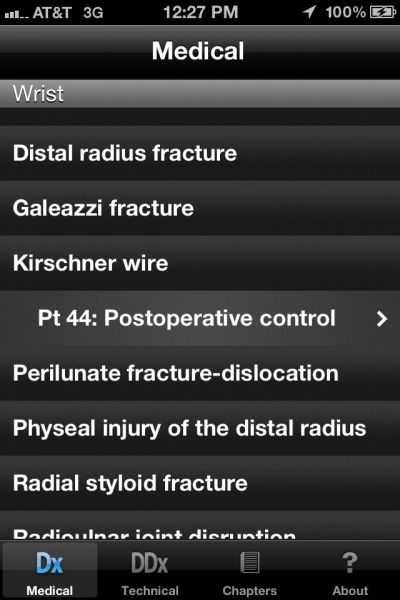 While that by itself would not be entirely strange, because you could imagine them including postoperative films on a percutaneous pinning of a distal radius or something, the case is actually a tension banding of a patella. Surprise! 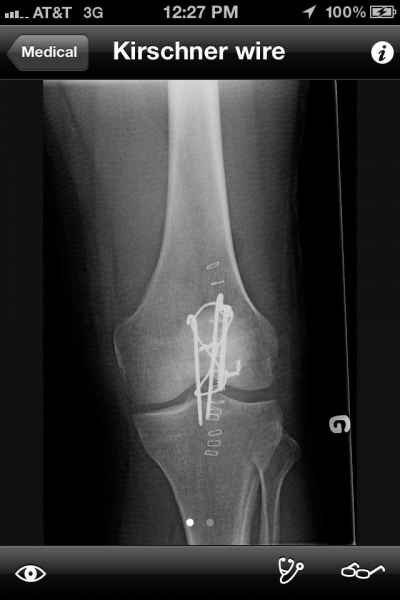 In general, if you click around in a certain section for a specific anatomic location, you might find a case that is relevant to what you are looking up, but it is too disorganized and incomplete to be useful as a quick reference.