Redwood City, CA-based Proteus Digital Health has finally received 510k approval from the FDA for its Ingestible Event Monitor (IEM) medication adherence technology as a de novo medical device, meaning there is no comparable technology currently on the market.

WHO research estimates that as much as 50 percent of medications are improperly prescribed, and more than half of prescription pills are not taken properly, or at all, by patients.

The first technology is the Ingestible Event Monitor, previously dubbed the ‘Raisin’, which is embedded into pills and activated by stomach acid upon digestion sending a signal through the skin which logs both the time the user took the pill and the unique identifier for that particular medication.  The second core technology is a battery-powered adhesive sensor worn on the skin outside the stomach which receives and logs the signal from the IEM, as well as continuous readings of the patient’s heart rate, temperature, activity and rest patterns in an effort to collect as much context data as possible.

The disposable sensor’s battery will last for up to seven consecutive days and is available in a variety of flexible materials which allows it to form fit any body type.

Proteus was awarded a patent in January of this year entitled “Body Associated Receiver and Method” (US Patent 8114021), which describes both the wearable and ingestible sensor technologies and related sensor devices used to create digital communication networks within, on, and around the human body for health-related and other applications. This was the company’s 41st issued patent, though they have more than 500 patents for digital health technologies pending in the US and other countries.

Arna Ionescu, director of customer experience at Proteus, told Neil Versel of MobiHealthNews at the mHealth Leadership Summit in Boston just following the announcement of the FDA decision that the review process was anything but typical. “We worked very closely with the FDA to [find a regulatory pathway] to get this through. It took a lot of creativity…” 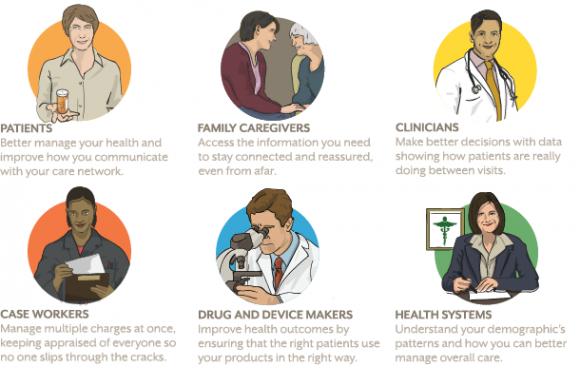 According to the company’s website, the ingestible sensor has been used by test subjects over thousands of days in clinical trials with no serious adverse events reported, and seven independent review boards have approved the company’s studies. When it comes to the cost of the system Proteus punts on the details, stating on the FAQ’s section of their website that total cost varies based on the “context in which the system is used”. However, media speculation in the UK has pegged the ultimate cost at approximately $80/month.

Since Proteus does not manufacture products for direct distribution to patients, but rather licenses their intellectual property to third-party manufacturing and distribution partners, the ultimate cost to the consumer will likely hinge on a multitude of factors ranging from the type of medication being tracked to the value-added services built on top of the licensed sensor technology.

To date, the company has struck at least four major deals to license its wearable sensor to be used as part of body area network products developed for distribution in the US, Europe, and Japan.

The first big deal for the digital health startups came in 2010 when they received a $24 million investment from Novartis as part of an exclusive worldwide agreement for the pharma giant to license their sensing technology for organ transplantation, as well as reserved options related to oncology, cardiovascular, and clinical development.

The second major deal came in early 2012 when the company announced it had reached agreement with Chicago-based design firm Avery-Dennison to develop a “peel-and-stick” version of its wearable sensor which was ultimately branded “Metria”. Avery has since secured a deal to have the Metria become the centerpiece of a new product line launched by Body Media at this year’s Consumer Electronics Show, which Body Media plans to deploy in corporate wellness programs, remote elderly care and safety, and remote monitoring for a variety of non-specific health conditions.

Features of the “peel-and-stick” Metria sensor include:

In 2011 Proteus reached a deal with Lyolds pharmacy to bring their products to the UK and other European countries beginning as soon as September under the brand name Helius. This was the first deal to include the Ingestible Event Monitoring technology, which received formal CE Mark approval for distribution in Europe in 2010.

Last month Proteus announced it had entered into an exclusive worldwide license and collabotation agreement with Otsuka Pharmaceuticals of Japan, developer of popular anti-depressant Abilify, to develop and commercialize a new category of medicines based on Otsuka’s pharmaceutical products and Proteus’s sensor-based biofeedback technologies.

Otsuka will have exclusive rights to develop commercial products in two defined therapeutic areas of high unmet need, as well as a non-exclusive license to utilize Proteus technology in its clinical and R&D activities.

Finally, in May Proteus announced they had closed $17.5 million of a possible $50 million Series E round, bringing the total capital raised to nearly $70 million. Strategic investors who have participated in Proteus funding rounds, and are among the company’s strategic R&D partners, include Medtronic, ON Semiconductor, and Kaiser Permanente.