Obstetrics, Gynecology, and Infertility handbook app is a huge disappointment

The Obstetrics, Gynecology, and Infertility Handbook for Clinicians has long been considered an essential pocket reference for ob/gyn physicians, residents, and students, and is now available as an app on iTunes.

Published by USBMIS, Inc, the app costs $29.99 and is available for iPod touch, iPhone, and iPad.

Given that I found the handbook helpful during my third-year ob/gyn clerkship, I expected that the app version would be even more convenient. Unfortunately, the app was a huge disappointment.

You can begin navigating the app with the table of contents, which is organized well enough.

Broad topics covered in the app include:

Unfortunately, after exploring these areas, the user will soon find that the app is confusing and topics are not intuitively easy to find.  For example, the Primary Care section lists a hodge-podge of subtopics that are not organized in any way–not even alphabetical order.

This is true for every section, including Obstetrics, where Preterm Labor is listed far after Postpartum Hemorrhage and not anywhere near Labor and Delivery.

Another gripe about the user interface is that some of the topic titles are so long that you don’t know what the full title is – and there is no way to see it. In the screenshot below, for example, the fourth title listed is “Characteristics of Migraine, Cluster…”  Cluster and what? Tension headaches? I tried tapping and holding the title, swiping, and more, but nothing I did would show me the entire title. 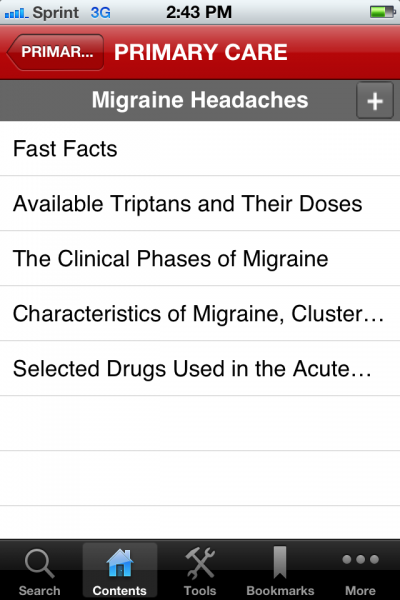 You’re left guessing as you tap it, hoping that the next screen will elucidate what you’ll be looking at, except that now the title at the top reads only, “Characteristics of Migrai…” 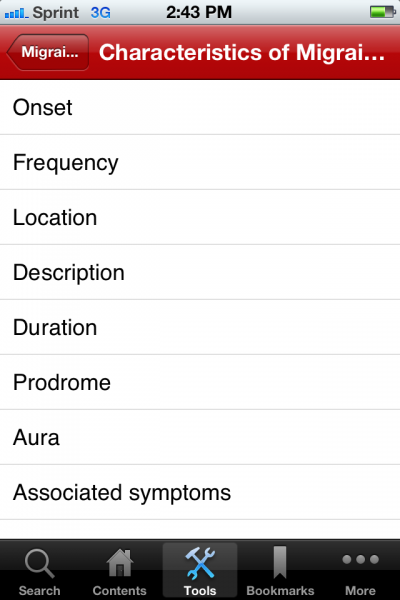 Only after tapping yet once more (I tapped ‘Onset’) can you find out what the full original title was (by swiping down on the gray portion – not intuitive).

Indeed, it was “Characteristics of Migraine, Cluster, and Tension-Type Headache,” which was expected, but should have been clearly announced much earlier. Many other titles within the app have this same problem. 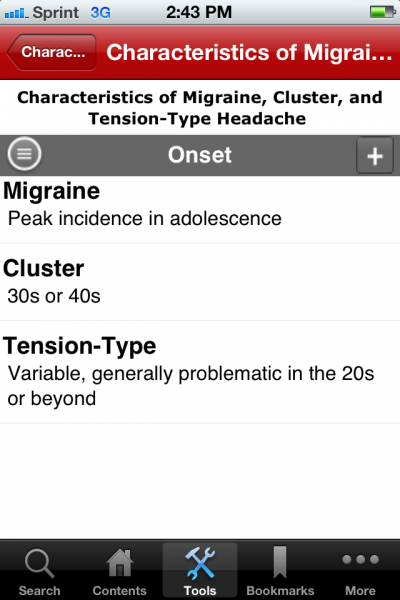 In contrast with the text version of the handbook, the app can easily be revised and updated.

However, some of the information is still out of date and/or incomplete. In the app, the U.S. Preventative Services Task Force recommendation for breast cancer screening for women at average risk is listed as mammography every 1-2 years starting at age 40, even though the current recommendation is biennial screening mammography beginning at age 50.

Furthermore, the USPSTF recommends mammography screening only until age 74, with current evidence insufficient to recommend for or against screening in women ages 75 and older. The app makes no mention of this. Outdated cervical screening guidelines are also found in the app. 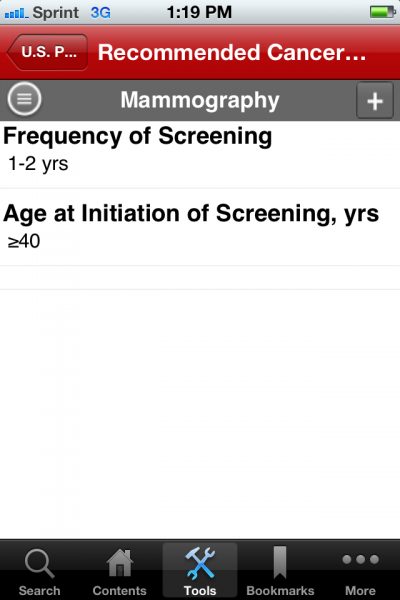 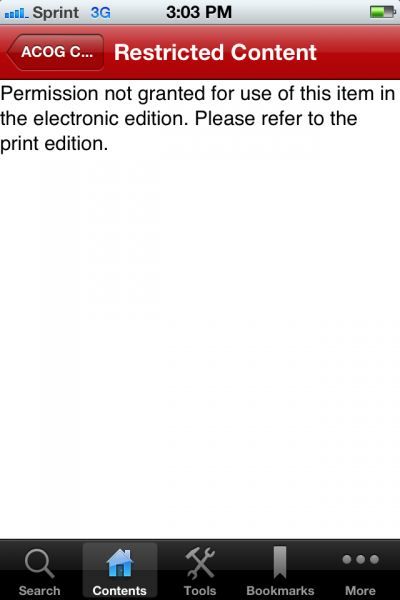 The app is full of what may have been helpful tables and figures, except that most of them are ill-fitted for the iPhone screen. In the screenshot below, diagrams of fine needle aspiration are oriented the wrong way, and the problem is not ameliorated by flipping the iPhone to from portrait to landscape view. 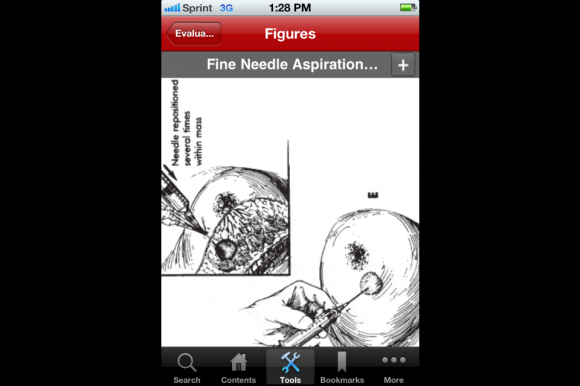 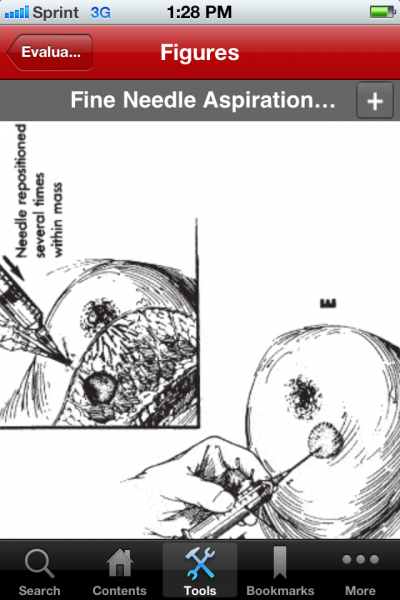 Perhaps one of the biggest disappointments is the poor search function. One of the major advantages of using an app versus a paperback handbook is that topics should be more easily searched and more quickly found. This app fails horribly in this regard.

The searchable index is missing some pretty key topics, such as ‘pap smear.’ 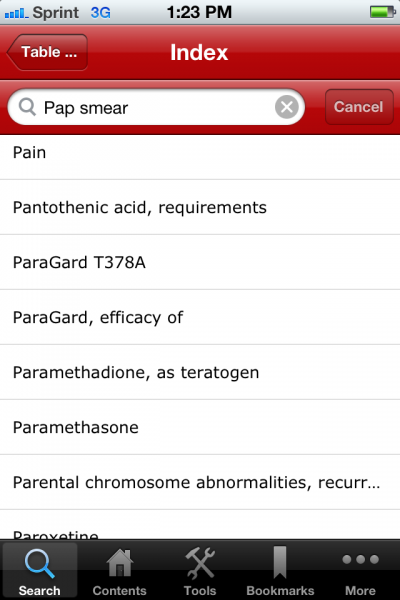 Though this app contains a vast amount of information, it is truly not worth the money. It is difficult to navigate, disorganized, and outdated. Though it definitely has potential, I do not recommend purchasing this app in its current form.