Ginger.io has been announced the winner of the Alzheimer’s Challenge 2012, earning the Cambridge, MA-based startup another $175K to use toward further developing their revolutionary smartphone technology.

The winning idea is the Ginger.io Behavioral Analytics Platform, which is a combination of a smartphone applications and a web-based dashboard used to passively track Alzheimer’s patients behavior relevant to their mood, memory and functional status.

“We are honored to win the Alzheimer’s Challenge 2012 and help bring a new tool to the Alzheimer’s community that uses technology in a creative and effective way to help advance patient care,” said Sai Moturu, PhD, Ginger.io team lead. “We are eager to take our concept to the next level of development and are grateful for the support we’ve received through this Challenge.” 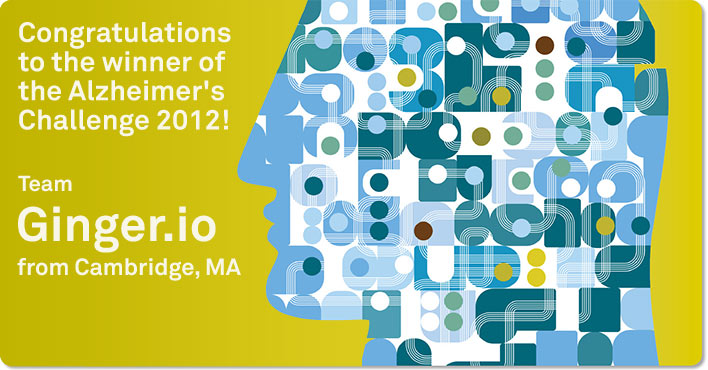