As many parents with young children know, ear infections are a common occurrence.

In America alone, the most common trip to a pediatrician is for an ear infection, accounting  for around 30 million doctor visits a year. They are also frequently over-diagnosed and over-treated, suggesting the need for better tools and guidelines for healthcare professionals.

Cellscope, a mobile-health startup based in San Francisco and graduate of Rock Health, has developed a smartphone-enabled otoscope which has recently been promoted for the use of remote diagnosis of otitis media.

Its certainly an interesting and promising idea. However, knowing the history of how otitis media has been managed in the past, it is also one that must be carefully implemented to avoid worsening the problem of overtreatment.

CEO Erik Douglas explains how Cellscope could be used,

“It connects to an iPhone and produces a view inside the ear magnified by a factor of 10. Users can capture and upload images to CellScope’s web platform. After adding notes about other symptoms, parents could ask their own doctor to conduct a remote exam. In most cases, that would be enough information for a prescription to be called in.” 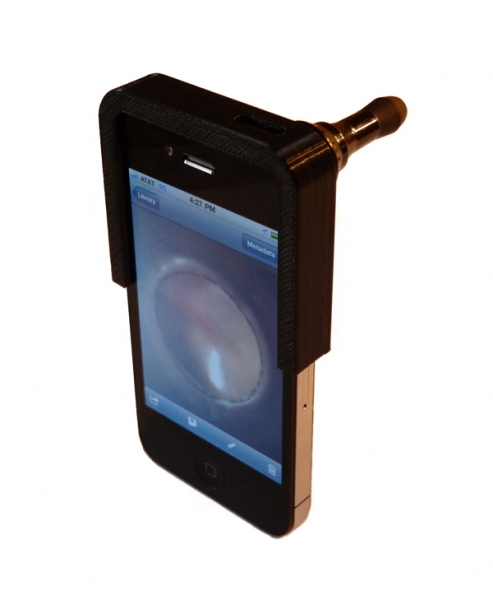 Currently, Cellscope is piloting the device in the San Francisco area. Reports suggest that clinical trials are being conducted to determine if the images produced by the Cellscope device are as accurate as other formal methods of diagnosing an ear infection, though we were unable to identify registered trials on ClinicalTrials.gov. 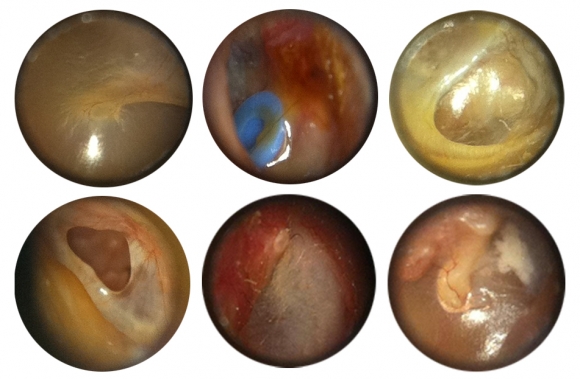 What will be particularly interesting to see is the type of study that is undertaken. Simply demonstrating that its possible to diagnosis otitis media is not enough – its also important to that it is being correctly as acute otitis media, which requires antibiotics, versus otitis media with effusion, which does not.

Also important in the CDC/AAP/AAFP guidelines is close follow-up. As such, while the Cellscope otoscope is a great tool, it has to be built into a system that encourages follow-up and triggers for escalation of therapy (particularly when observation rather than antibiotics is chosen).

That being said, Cellscope’s otoscope is certainly promising. As the images below show, it can capture high quality images that can be reviewed closely, rather than the 1 second quick view of the tympanic membrane that one gets in the clinic when trying to exam an agitated, nervous, and sick child.

Going forward, it will be interesting to see how these tools integrate into real-life practice. One can certainly imagine that without solid data, pediatricians may find themselves unsure of how to use this information. If they use these images, elect for observation, and are wrong then the natural reaction will be that they should have called the patient in for a complete exam. Conversely, they may feel pressured to prescribe antibiotics to avoid precisely that situation leading to further antibiotic overuse.

These tools almost certainly have a place in delivery of care. Its up to us to figure out precisely what that place is.