Mobile clinical decision support apps have the potential to have a major impact on the way modern healthcare is practiced as Doctors will be able to access and consider differential diagnoses in difficult cases.

There are currently a few apps out there that attempt to accomplish this such as Isabel and now Caracal Diagnosis.

Caracal Diagnosis is available for both Android and iPhone and designed to aid doctors make decisions regarding diagnosis by providing a list of differentials on the basis of signs and symptoms entered into the app.

Caracal Diagnosis presents the user with a search box which can be used to identify signs and symptoms.

Currently the search database contains 1,600 diseases and 2,200 signs and symptoms. The search box will only narrow down results as you type but will only let you search for results in the database.

All the information is stored offline removing the need for internet connectivity which is handy. Adding signs and symptoms was straightforward and these build up in a  list below the search box. Tapping on results brings you to a list of diseases which have been ordered according to internal algorithms. 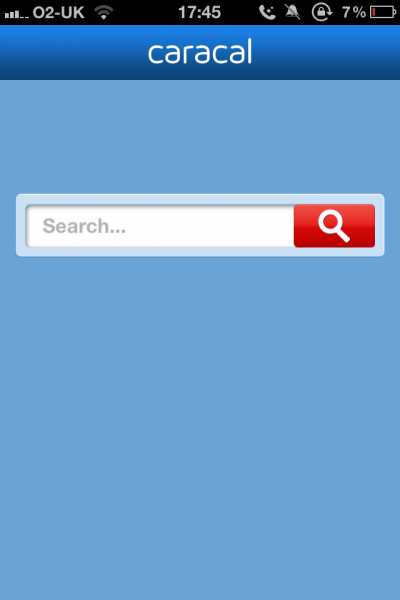 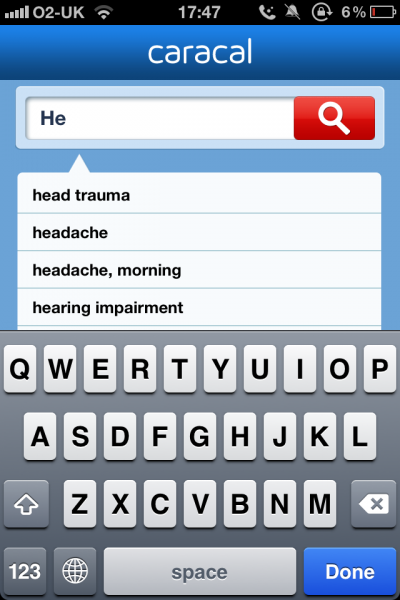 Diseases are listed in order of priority based on the initial signs and symptoms. The user interface was fairly basic and simplistic but this was not a problem. There are options to export the list of diagnoses via email or Facebook and Twitter. I am not entirely sure why you would want to share a list of differentials via social media but it is included. Overall, the ease of use of the app was good and it was easy to generate a list of differentials using the app. 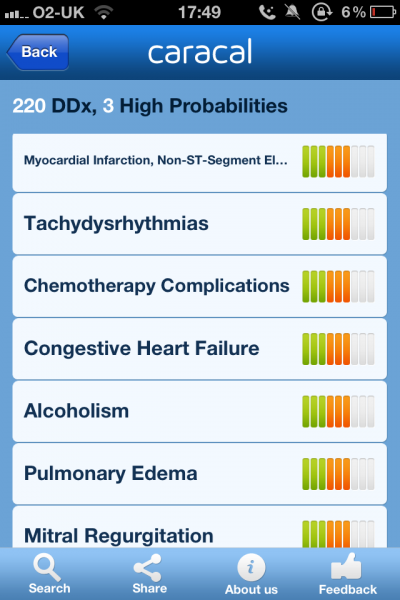 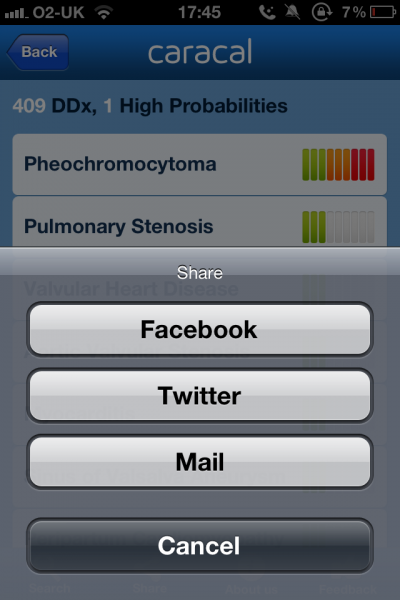 However despite these positives, there are a number of significant drawbacks with Caracal Diagnosis which would effectively limit its use in daily scenarios. The main issue is the lack of signs and symptoms in the search database. I found it extremely limiting to add numerous signs and symptoms such as ‘arm pain’, or ‘sacral edema’. There were not many anatomical references to add extra information to a search term and there was no way to specify a patients age or gender – obviously a key factor when assessing differential diagnoses.It was also impossible to enter a time factor to announce how long a particular symptom had been going on for.

One area of improvement could be to add some basic information or a link to each disease. Currently there is no information related to each condition so you have to exit the app if you want to find out more information. There is also a lack of evidence included with the app so there is no way to verify the accuracy of the differentials presented.