Are unauthorized copies of popular medical textbooks being sold in Apple App Store?

iMedicalApps has uncovered evidence which suggests that one developer may be creating apps using content from popular textbooks without the publishers knowledge.

This practice is not uncommon to the App Store; however, this is the first time that there is evidence which suggests that this practice may be happening in the medical section.

Read on to find out more about which publishers are being targeted by this developer and the evidence.

[Update 6/12: Elsevier has responded and is “initiating action”]

The developer in question is YoDevApps LLC who has a decent range of medical apps in the App Store.

However, upon closer inspection, it appears that the titles of some of the apps closely resemble some major venerable textbooks 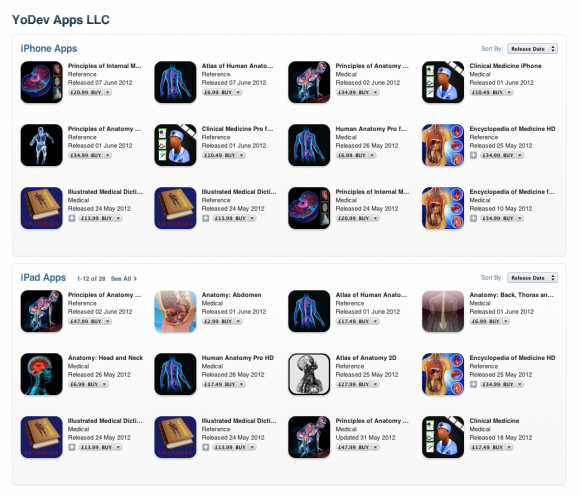 Examples of title similarity include:

Upon further investigation into some of these titles, it was noted that the App description for each of these apps was rather vague and often repeated without change between different apps.

This is amazing app. It presents a vivid visual depiction of human anatomy, correlated with appropriate clincial images, brings to life the detailed anatomy, illustrating the relevance of anatomy to human disease and surface anatomy essential for proper identification in the dissection lab or for course exams.

I downloaded the ‘Human Anatomy Pro for iPad’ where upon opening the app, I was surprised to note many similarities between this app and the Grays Anatomy for Student App/textbook. Interestingly, there was no mention of this in the original iTunes description. Upon further examination, I noted that all the images and words were direct copies of the original text.

The app was not a direct copy in terms of user interface, though, there were clear similarities in terms of the layout and arrangement of content. The actual words were formatted differently however the core content and the images were identical between the two apps (see screenshots).

Despite going through the app quite thoroughly, I was unable to find any reference to Gray’s Anatomy for Students or the respective authors. Have a look at the similarity between screenshots below: 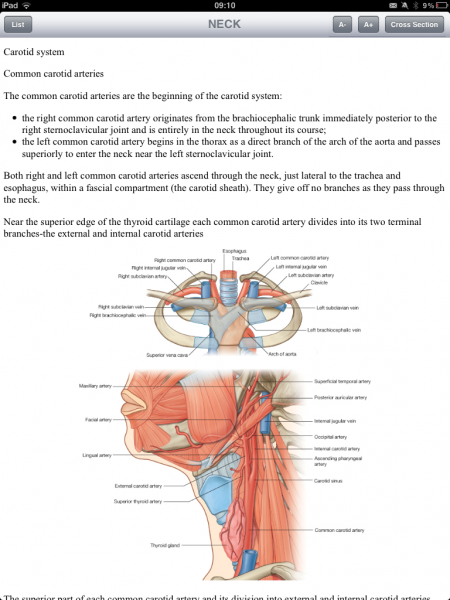 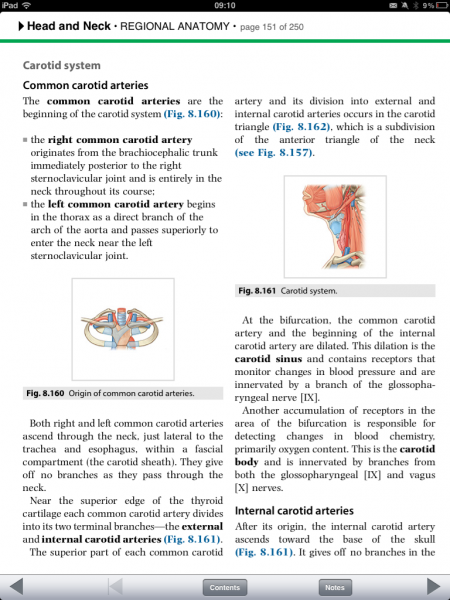 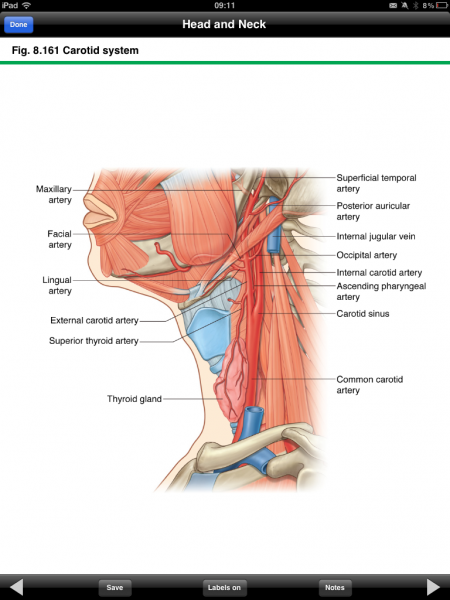 Note the exact replication of the text and images 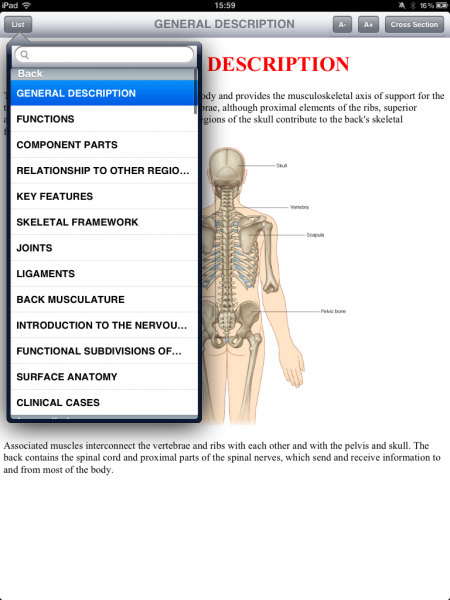 From the Grays Anatomy for Students iPad app: 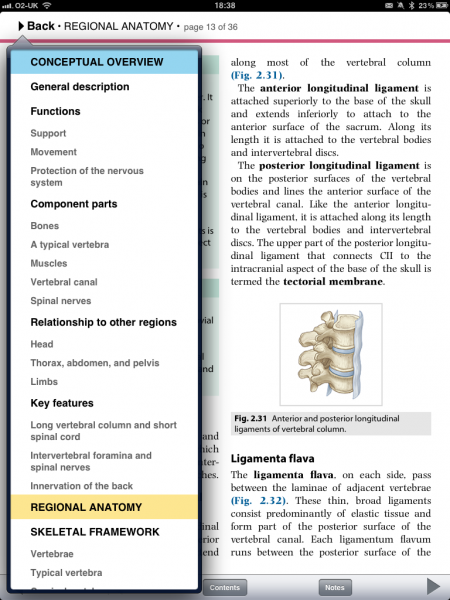 I emailed the developer YoDevApps on 10.6.12 asking for clarification on whether the content within these apps has been officially licensed from the publishers and received the following response[sic]:

Thank you for bying my app. In my app doesn’t only data from Gray’s anatomy but also other data. So mention of this in description, i think not necessary.

My name is Tom Lewis and I am one of the Editors at iMedicalApps.com, the leading online publication for medical professionals, patients, and analysts interested in mobile medical technology and health care apps. I recently downloaded your app Human Anatomy Pro in order to review it. Upon opening the app, I was surprised to note many similarities between this app and the Grays Anatomy for Students App/textbook. There was no mention of this in the original iTunes description. Upon further examination, I noted that all the images and words were direct copies of the original text. I was wondering if you could confirm whether you have any licensing agreements with Elsevier or other appropriate publishers for the content in this app and if so, why is this not advertised more prominently on the iTunes Store.

From the app (Clinical Medicine): 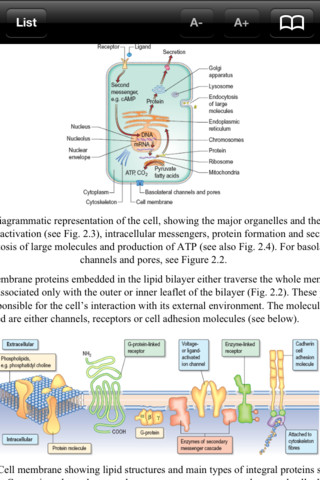 From the copy of the textbook (Kumar and Clark: Clinical Medicine) sat on my shelf: 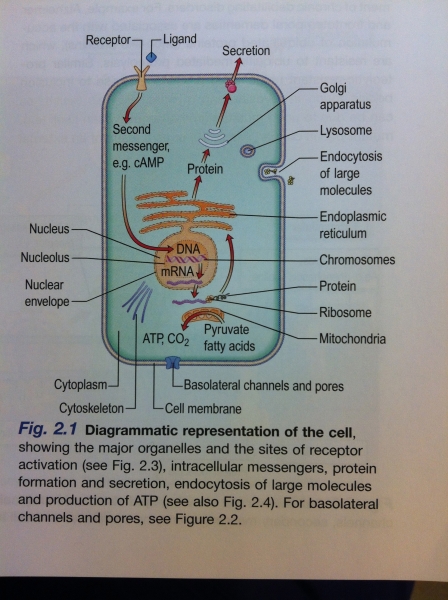 Another example with striking similarities is Harrisons Principles of Internal Medicine (in this case accessed via Inkling):

From the developers app: 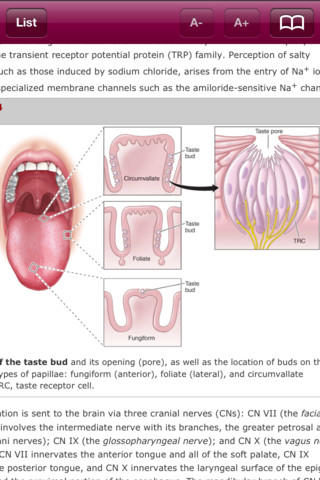 Again, note the similarities. No mention of Harrisons was included in the App description

Conclusion: Our evaluation of these apps raises many questions, in particular whether the content is appropriately licensed and is accurate. We contacted the developer to clarify these points however the response was fairly circumferential (see above).

We have contacted the publishers involved and Apple in an effort to further clarify the situation as it appears that at least two other apps released by YoDevApps can be linked to medical textbooks under similar circumstances. We will update this article as and when we hear a response from those involved.