Almostadoctor almost an app on Android, but not quite yet

Almostadoctor was just reviewed on the iPhone not too long ago (link), and it proved itself to be a handy tool for students studying their way through medical school or for anyone who needs a quick overview on medicine in general.

Almostadoctor is now available on the Android Play Market as well. Let’s see how this version fares in comparison to the iPhone’s.

I had a lot of excitement for this app when I first saw it on the market.

Excitement that was mostly based on how well the web content translated to an app and how pleasing the app looked on the iPhone, but that excitement proved itself to be short-lived.

Currently, the Android version of Almostadoctor is just a glorified link to their mobile website ie nothing more than a dedicated bookmark. 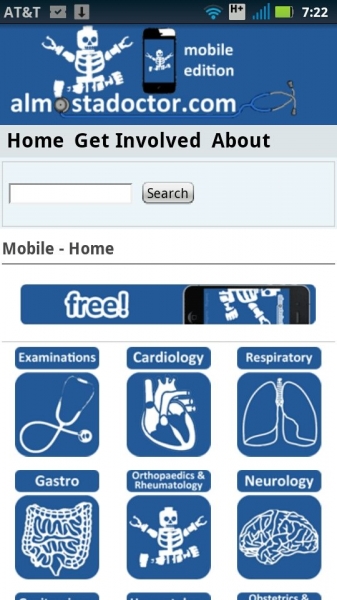 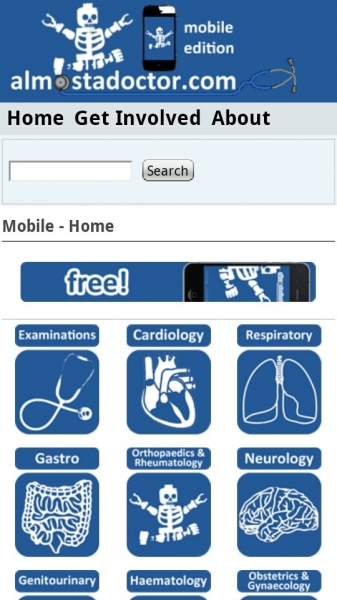 My disklike for these sort of fake apps has grown to be one of my biggest pet-peeves regarding apps on smartphones. I do have to rant a little here, and hopefully some developers do hear me out on this one. If a user knows your service or your website, they will actively search for you. If they are really in dire need to access your services and contents frequently and consistently, they will bookmark you and even put that bookmark on the homescreen of their phone.

There is absolutely zero need to come up with an app that isn’t even an app at all just so you have some existence in the app arena. Sometimes, these gestures are just plain annoying and so time-wasting that it may have a negative impact on the your credibility as a developer. I may sound ignorant, and perhaps the App Store/Android Market ecosystem is much more complicated than I realize as a consumer, but, please, redirect some of this energy to developing a better mobile website or making a real app instead. 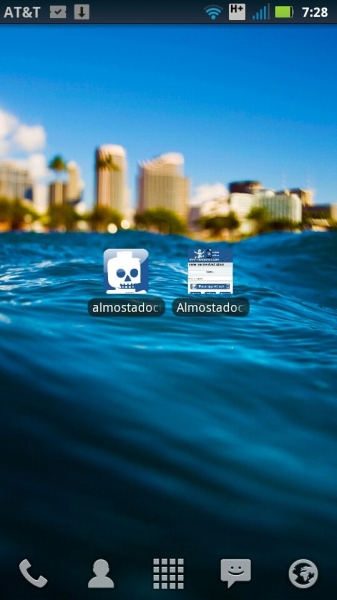 OK, I know, this shouldn’t be a total surprise. In their app description, the developers clearly state that the app is still in beta, and–according to them–the full native version of the app, just like the iPhone version, will be coming this summer of 2012. 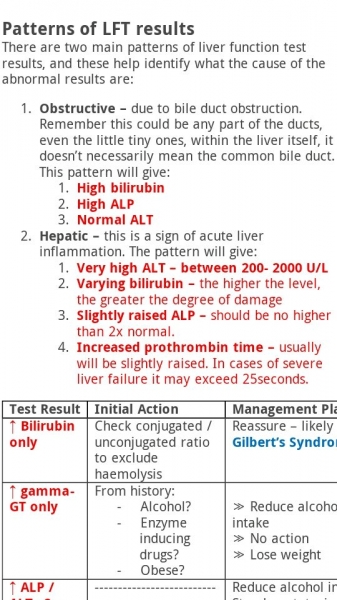 The only utility of using the app is browsing the site in full screen (if your browser doesn’t have that function already), but otherwise, no additional benefits are gained from having the app actually installed on your Android phone. The dedicated search function produces no response and the back button brings you back to the previous page (sometimes).

You are better off browsing the full desktop version on your phone’s dedicated browser instead. Again, the app is basically working as a bookmark in disguise, and perhaps worse than an actual bookmark in that you are restricted to browsing only their website!

Since the app is bare-boned and far from complete, this review will focus more on the accessible content of their mobile website: 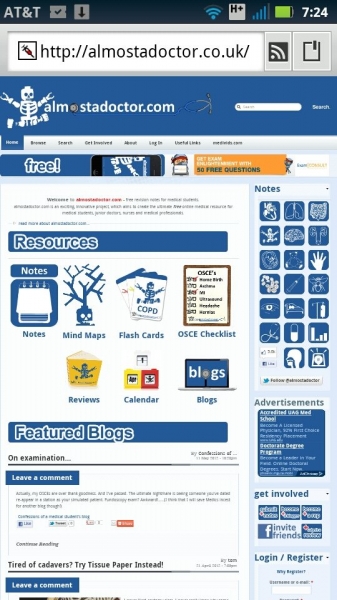 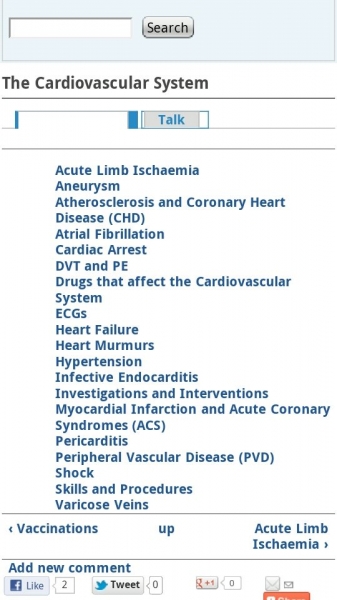 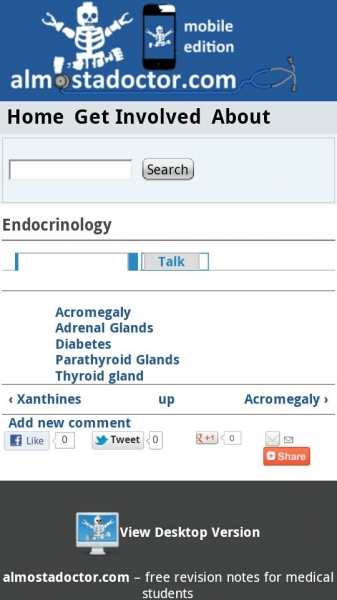 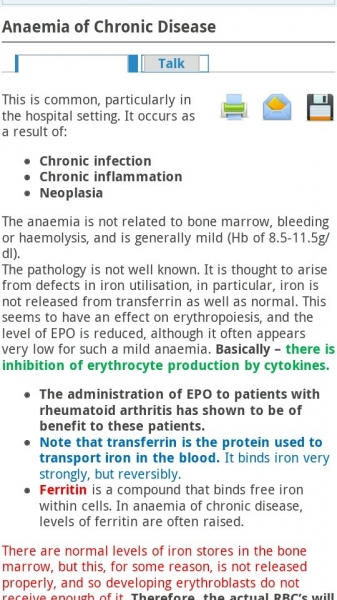 The mobile website itself is nicely designed and easy to navigate with large illustrated icons that are pleasant and easy to comprehend. However, gone are the PDF “Mind Maps,” the “Flash Cards,” the editing functions, and most of the accompanying pictures and illustrations that have made AlmostaDoctor stand out on the internet in the first place. The content is still rather limited at the time of this review, but still provides a decent supply of material for any medical student.

For example, under Cardiology, 19 subjects are listed ranging from Atrial Fibrillation to Peripheral Vascular Disease, but under Endocrinology, only subjects “Acromegaly,” “Adrenal Glands,” “Diabetes,” “Thyroid Gland,” and “Parathyroid Gland” are listed.

Definitely, the overall content on AlmostaDoctor still needs improvement and expansion, but they do extremely well for the subjects they have covered thus far, especially with its signature “Mind Maps” and “Flash Cards” on the full desktop site. Again, these strengths are disappointingly hidden in the mobile version of the website, and, thus, inaccessible for the Android app user.

There also remains a larger problem: the lack of credibility and resource citing. The guys at AlmostaDoctor have tried addressing this issue by claiming that all articles are reviewed by their editing team (which currently consists of the founder, an FY1 British physician, and a medical student), and by revealing editing information for each article. So far, there are no further apparent attempts to work around this issue. The accuracy of the content is therefore not guaranteed, but perhaps with more peer-reviewing involved as the website expands, hopefully this issue with be less of a problem.

I may have been pretty harsh in this review, but don’t get me wrong: I do very much like AlmostaDoctor. In my opinion, the overall design and layout of the site resonates with a younger generation of doctors, who have all grown accustomed to using smartphones, computers, and the internet for learning. The laid back style of writing and the (sometimes) concise presentations, makes studying medicine just that much easier. The concept behind the site is also very admirable: what set out to be just a website for sharable study notes by a lone medical student blossomed and flourished into an internet movement, which is now fueled by other medical students and junior doctors throughout the world, with a not-at-all timid goal to be the next medical wikipedia for a new upcoming generation of young doctors.

For some odd reason, having the content available for wiki-style editing seems to add a social element to the website. AlmostaDoctor, if successful, may bring medical students from different schools and even across the globe a little closer together, promoting an online environment for innovation, discussion, and camaraderie that crosses the boundaries of medical school walls and even country’s borders.