The New York Digital Health Accelerator (NYDHA) held their coming out party on May 10th in NYC, hosting a packed house at TimesCenter, not to mention hundreds of interested onlookers via live streaming video.

I had the opportunity to interview David Whitlinger, Director of the New York eHealth Collaborative (NYeC), about the program’s origin and how it will nurture the companies it selects.

“… now you can have an entrepreneur who has a great idea for a software application, but has no idea about the complexities of managing clinical data and the legal policies around [that] data … they don’t have to know that stuff now [because] what we are offering them is a platform that embodies all of that”

BTE: Can you tell me a little bit about the New York eHealth Collaborative and what your role is with the organization?

Dave Whitlinger: The NY eHealth Collaborative was formed in 2006 and it has really pressed forward on Health IT for the state, and of course 2006 was before ARRA, before “meaningful use”, before health care reform.

Then in 2009, when the multi-billion dollar in new funds started to become available, particularly from CMS, it really upped the ante and the NY eHealth Collaborative became the designated entity for the State of New York to manage the Health IT projects and grants for the state.

To that end we have been working on health information exchange (HIE) services, and one of the things that became more apparent late last year was that as health care reform was starting to catch hold, and managed care was starting to catch hold, was that there were these gaps with regards to the tools the physicians and clinicians needed in order to manage the new managed care workflow.

So we said, we have a choice, we can either build it or we can buy it. Ultimately, we decided we would rather buy it and we started looking seriously at what we could do to stimulate the ecosystem to produce these things, open it up to the great technology innovators of the world, let them step up to the plate and give them good requirements from the provider community and allow them to really innovate. The provider community leapt at the opportunity to have a captive audience in the software community and said lets put this thing together. So thats how it came together.

BTE: Are all of the providers participating in the NYDHA already part of the HIE run by the NYeHealth Collaborative? 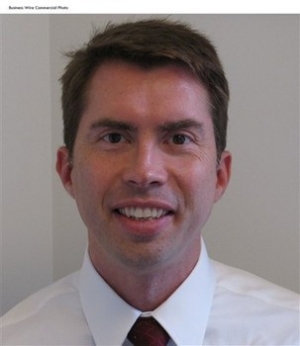 Dave Whitlinger: New York started with forming regional information organizations (RIOs). In 2007 and 2008, there were 12 RIOs created in New York State, which really got the provider community going and signing them up. Now we are getting going on connecting those RIOs together, such that we have a truly statewide network and record exchange.

What became more apparent, though, was that six of those RIOs being clustered in the NYC area, it became more more interesting for our organization NYeC to actually become the public utility of HIE and provide the services around that, which gives provides a great deal of interoperability and connectedness. Yes all those health care providers are part of an HIE in the State of New York and then all of those providers will be part of the statewide network before the end of the year.

BTE: How do you guys hope entrepreneurs will take advantage of the access to this statewide information exchange you are offering them? What do you think applicants to your accelerator should be focusing on?

Dave Whitlinger: The big difference here, both from an incubation and accelerator perspective, as well as from a State perspective, is that the information exchanges and ultimately the platform we are offering to build applications against; first, it has a mass of clinical data available, all of the records for all of the patients at the participating providers; secondly it has good demographic information for finding both providers and patients, so being able to do verification of identity for those two important constituencies in the health care delivery system.

So now you can have an entrepreneur who has a great idea for a software application, but has no idea about the complexities of managing clinical data and the legal policies around the misuse of that data and mishandling of that data and HIPAA and all of those other complexities. They don’t have to know that stuff now to enter that market because what we are offering them is a platform that embodies all of that and gets exposed through Application Programming Interfaces (APIs), and then our organization NYeC figures out how to navigate that and build an application, allowing the entrepreneurs to focus on what they know best, how to built great user-interfaces, engaging applications for both patients and providers, things that are really going to innovate in the health care delivery world and they don’t have to worry about all of that policy stuff because we are taking care of that for them.

BTE: I think what you guys are doing is great and is really pushing the envelope for stimulating innovation in digital health. I am curious what progress you have made recruiting a network of mentors to support the companies you select to participate in the NYDHA program, what do you look for in a potential mentor?

Dave Whitlinger: All of our venture capital partners and provider partners by their very nature, the way the program is constructed, are mentors. From a program perspective, what the product looks like and how it fits into the workflow and whether or not the customers like and use the product and how it fits, all of that mentorship for the product itself is baked into the program because the software developers themselves are going to work in the health care institutions. So that mentorship is there.

The mentorship with regard to the business is partly provided by the venture capital community, those that are individually part of this program are stepping up to the plate to provide to provide mentorship there, there leadership is going to be hand-holding, teaching and mentoring those young companies. And then lastly, but certainly not to be diminished, we are planning on a series of programs throughout the year covering a bunch of different categories, organized by NYeC and the New York City Investment Fund (NYCIF). The NYCIF, through their network of partnerships, has great access to business leaders from across the city who can provide one-on-one leadership type mentoring.

We also anticipate being able to conduct short courses on HIPAA, data usage, so people understand it, as well as short courses with major design firms throughout NYC in order to teach the asthetics of user interface design for clinical use.

We will certainly be able to provide some mentoring with regard to go to market strategies because that is basically what we are creating here in New York and then pushing into the rest of the country. So you haven’t seen big names put up on our website yet, some of those names will be coming, but the mentorship is there innately the way the program is put together.