This will hopefully motivate users to walk a little bit further with each new day. The infographics can quickly and easily share on Twitter or Facebook.

“Data isn’t sexy,” said Notch founder Eli Holder in an interview with PandoDaily. “At least not by itself. And that’s a problem, because for data to have an impact, people have to actually interact with it. Dashboards and Analytics are great, if you’re running a company or tracking a website. But consumers have more interesting things to do. If we’re going to make this data impactful for everyday life, it’s got to be presented in a simpler, more engaging way.”

The developers plan to integrate other wearable fitness devices in the near future, such as the Nike FuelBand. 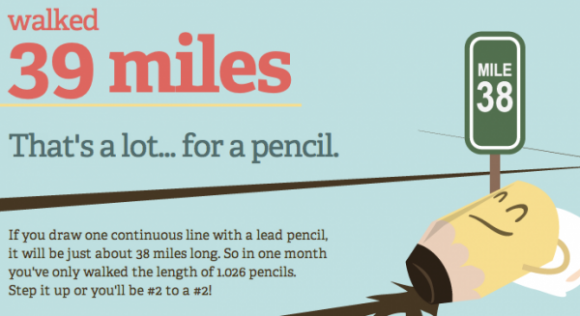