Meditoons explains GI pathologies with simple animations, a must have app for physicians

One of the most important things a physician does is communicating with patients, answering questions, and educating them about their illnesses.

However, the rudimentary scribbles of human anatomy and often long, convoluted explanations can be a challenge to effectively explain the mechanisms of disease.

Most of the animations are one minute or less in duration.

Meditoons is available for iPod touch and iPhone, with an HD version of the app optimized for iPad. The app segregates diseases of the GI tract by anatomical zones including upper GI, the biliary tree, colon, and anorectum. Each anatomical area in the menu is accompanied by a short, jargon-free summary of that part of the GI tract. 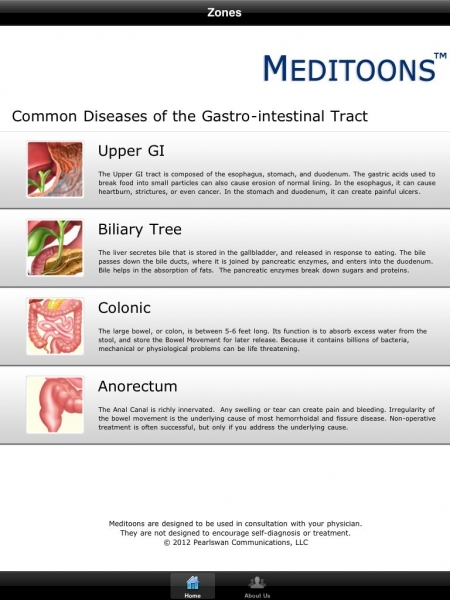 Tapping on a particular anatomical area takes the user to another menu of specific pathologies. For example, selecting the “anorectum” zone leads to the menu in the image below. As in the menu of anatomical zones, each condition is followed by a short description of the problem as well as suggested treatments. 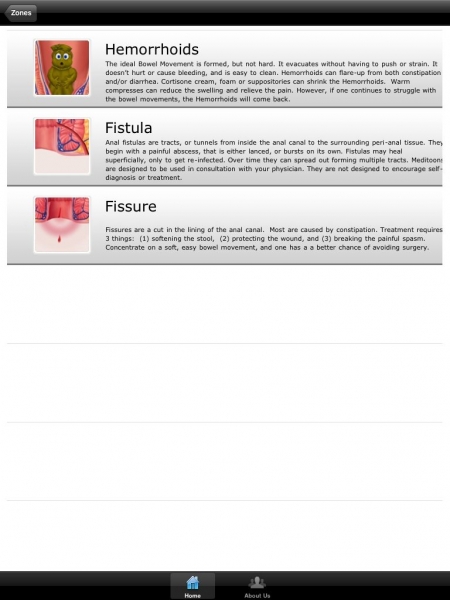 Selecting a pathology starts a video that zooms into the area of the body involved. The video begins with the normal anatomy, then shows an animated depiction of how the disease evolves. There is no audio; the videos are visual only.

However, this did not detract from the educational quality of the video, as labels popped up for significant structures, and captions aided in the explanation when necessary. At the end of each video, users are linked to WebMD and the American Society of Colon and Rectal Surgeons for more information. 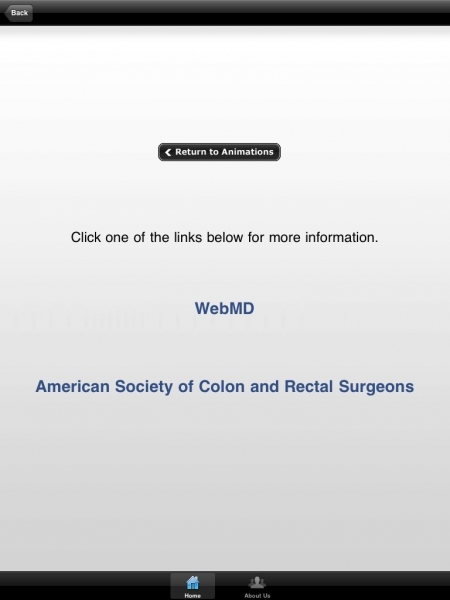 I found the video on hemorrhoids particularly interesting as well as informative. It features an unhappy fecal mass, straining to pass through the rectum. The animation shows the progressive swelling and dilation of the veins with continued constipation, eventually leading to bleeding, angry hemorrhoids. 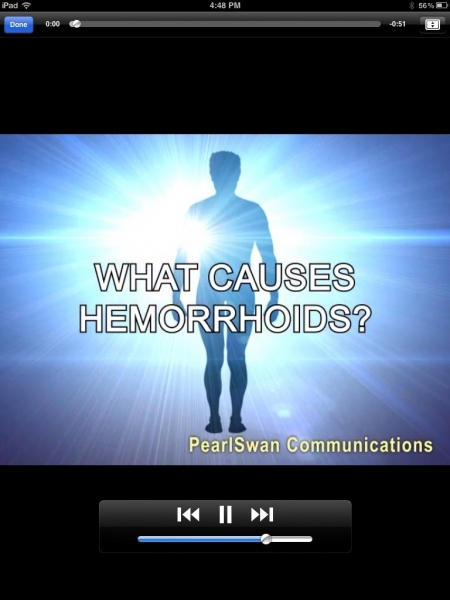 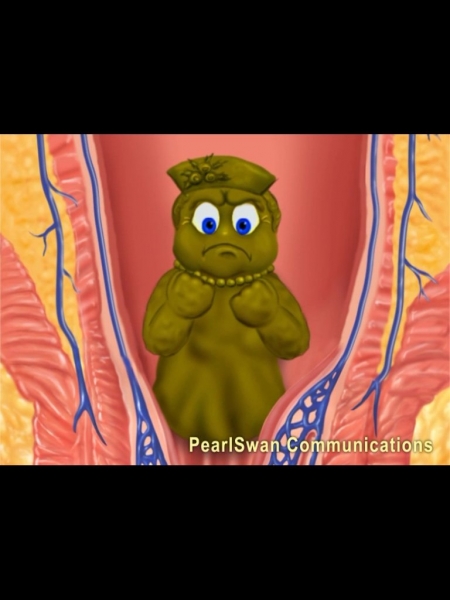 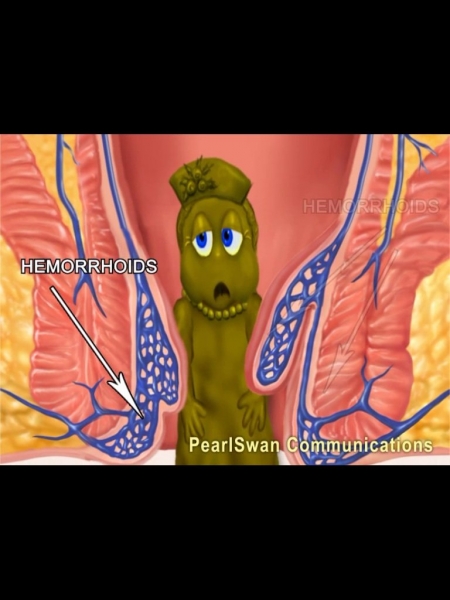 This app is useful for helping patients understand various conditions, and could also be helpful for medical students or physicians needing a simple, quick refresher on some common GI diseases. The animations and text explanations are to the point and leave out any confusing medical vocabulary.

Unfortunately, as of now the app is limited to gastrointestinal problems only. Perhaps in the future the developers will expand the animation library to include diseases from other organ systems as well. Until then, however, this app is definitely worth downloading, especially since it is free.