Anemia is a very common condition encountered in the general population, and in inpatient stays, it is a problem that is faced by nearly all physicians.

Learning to deal with anemia without having to consult hematology for every drop in hematocrit is key.

To that end, the team at Beach-Rak Medicine attempt to target all range of medical professionals in creating their apps.

The app is available in two versions for the iOS platform (a free version and a $1.99 version).

Here we review the free version of the app on the iPhone.

Continue below to see if we found the app worthwhile.

Opening the app quickly allows the user to jump directly into using the algorithm. As the user progresses through the algorithm, the app continually narrows the differentials until the end point, after which there is a work-up tab which can help with the further work-up for diagnosis. 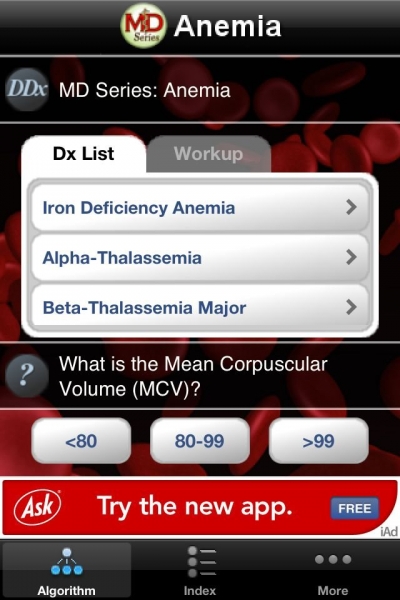 Here we show the step-by-step algorithm for normocytic anemias: 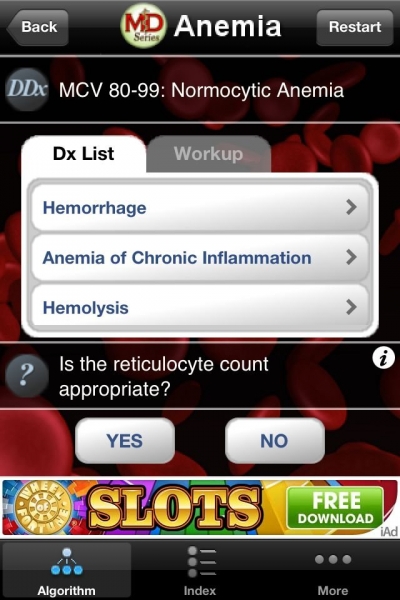 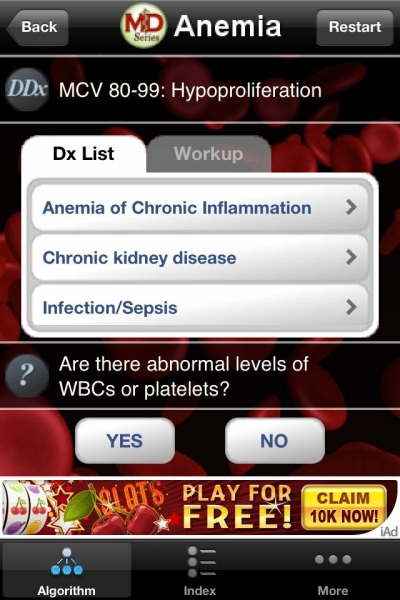 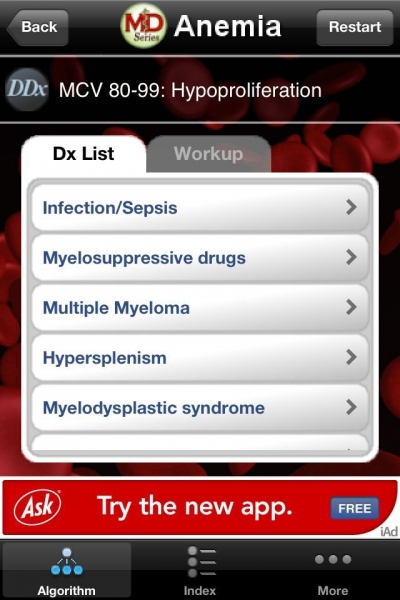 While the main use of the app is the algorithm, there is an index tab that includes a complete listing of the disorders included, which can be broken down further into microcytic, normocytic, and macrocytic causes of anemia. There is also a Reticulocyte Production Index (RPI) calculator/estimator. 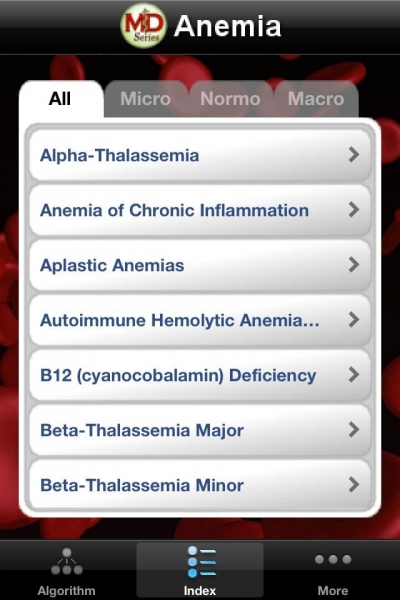 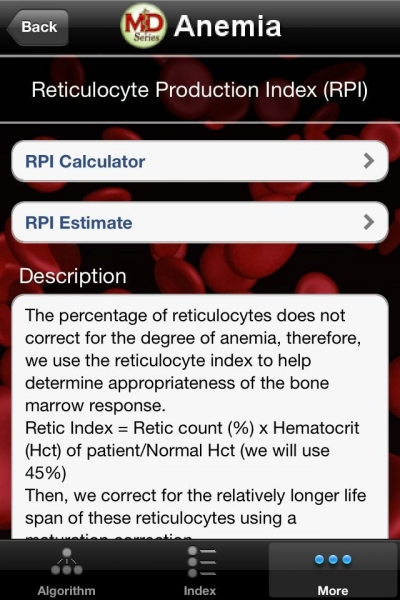 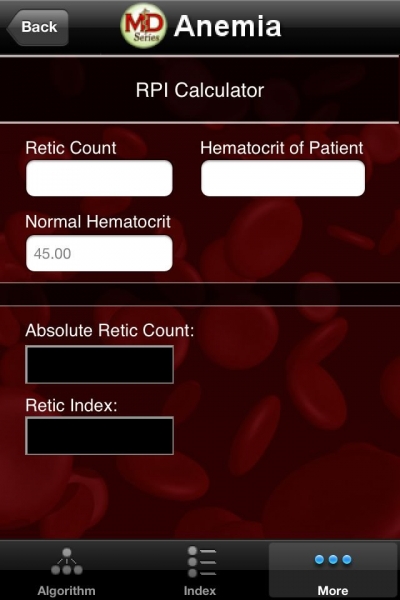 Things that would have been nice to see: a visual layout of the algorithm that could be accessed, viewed, and used instead of just the questions each time. A more decisive look at macrocytic anemias would have been appreciated (currently that part has been left a little undeveloped). 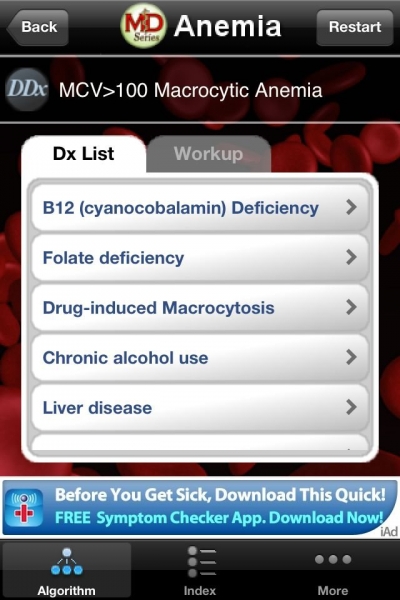 Though the disclaimer states that the app will not work with more than one etiology, it would have been nice to have a brief overview of the most common overlapping causes found in hospitals

Besides the presence of gambling ads in the free version, there wasn’t too much that seemed to be missing in a free version. The free version of the app has even received more positive ratings by users than the priced version on the App store.